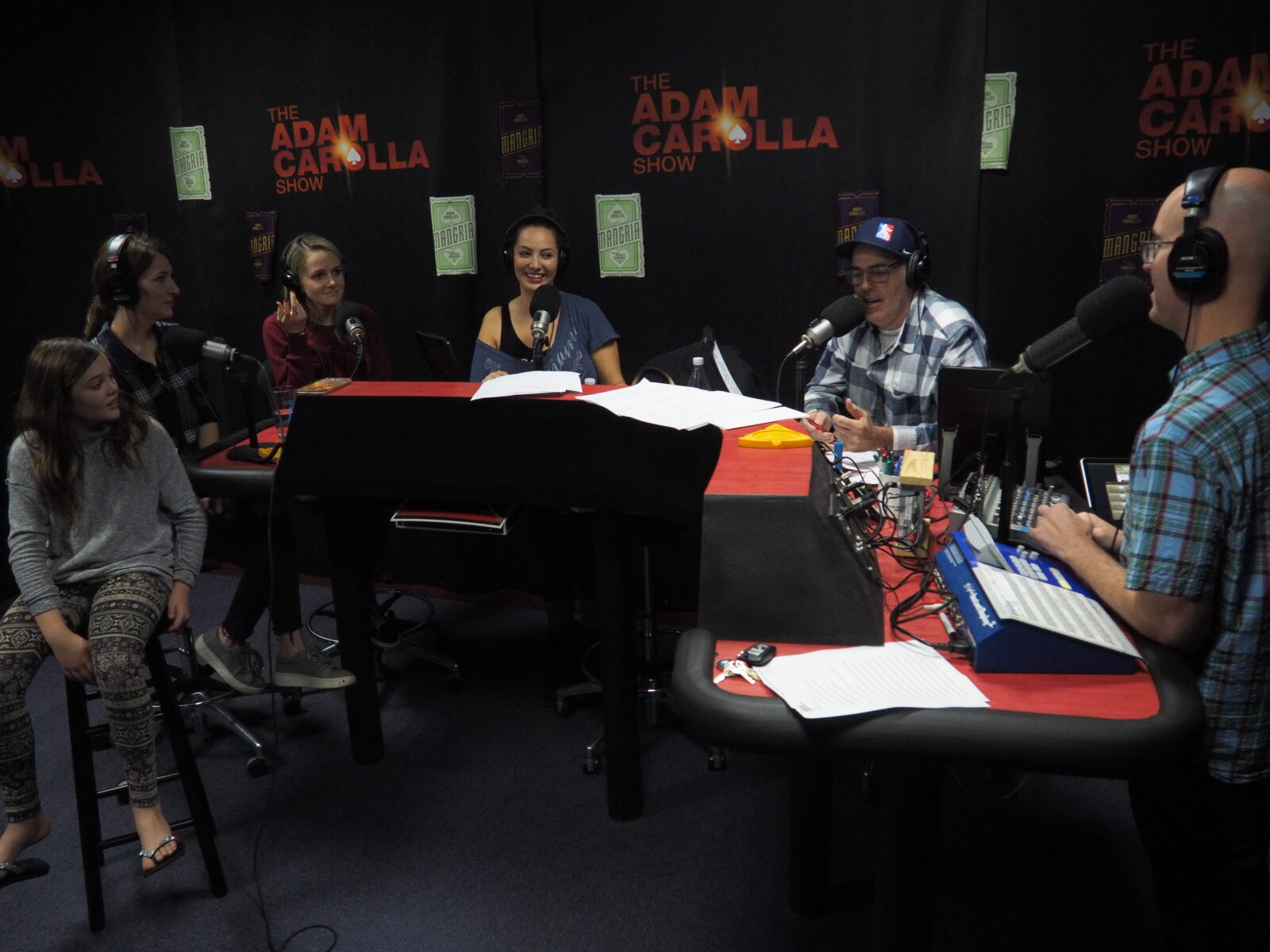 Posted at 29 Jan 2017 in Podcast by Chris Laxamana

As the show opens, Adam talks about taking his dog and daughter to the beach later today. He also complains about gender roles, and talks about bringing Sonny to the barber. Adam then discusses road rage, and takes fan phone calls about women who would be disgusted to have sex with him, and defining your weakest qualities in a job interview. Before the break, Bald Bryan reviews the film ‘The Founder’ for this week’s Baldywood.

Katie O’Brien and Katy Colloton are in studio next, and Adam chats with them about their series ‘Teachers’, and having a home on TV Land. Adam’s daughter Natalia is also in studio and talks about going in the ocean with Phil later today. Gina then begins the news talking about Trump’s order to ban Muslims from entering the US. The group also chats about a memorabilia sale from an old Pizza Hut commercial featuring Trump, Serena William’s record-breaking win, and a Tostitos bag that knows if you’ve been drinking too much. As the show wraps up, Natalia tries to wrangle Phil for their big beach-day trip.

Watch episodes of ‘Teachers’, Tuesdays at 10pm on TV Land. You can also catch up on the first season at http://tvland.com and follow today’s guests on Twitter @KatyColloton and @KatieCObrien.

.@CoryBooker addressing crowds at Dulles, said he had been told those still detained would be released soon pic.twitter.com/mAtrsoQEeA