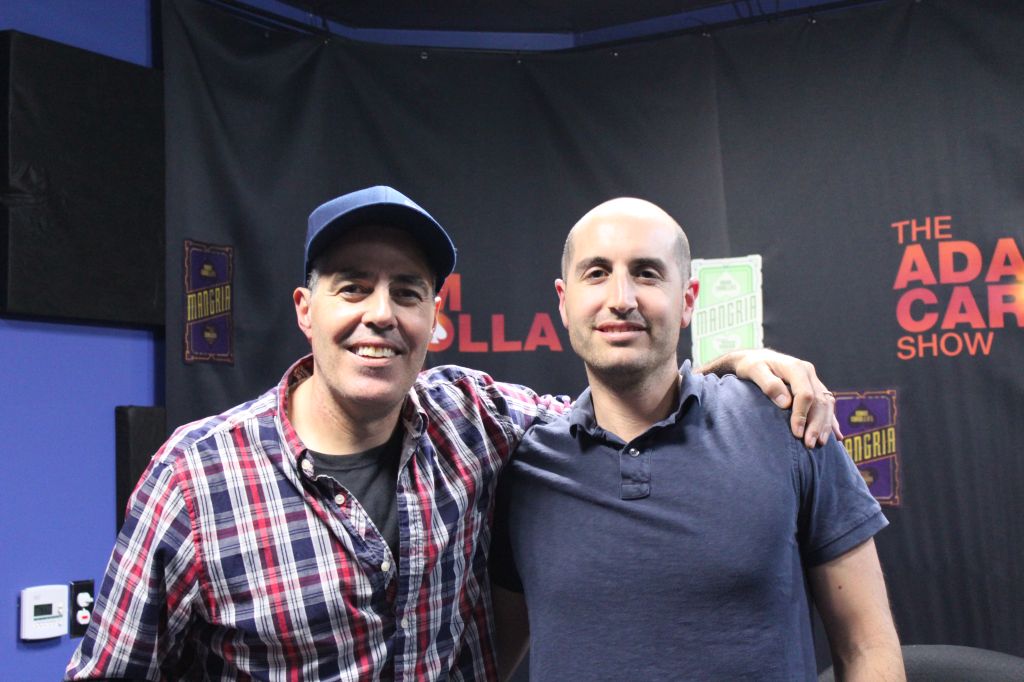 Posted at 20 May 2014 in Podcast by Chris Laxamana

Adam opens the show with author Justin Halpern in studio, commending him on a great audiobook—only to find out Justin didn’t know he had one. They talk about the successes of ‘Shit My Dad Says’ & ‘I Suck At Girls’, and the frustration of getting a pilot made. Bald Bryan then reviews the film ‘Godzilla’ during this week’s Baldywood. In the second half of the show, Justin talks about timing his chapters with bathroom breaks, and Alison reads the news. Stories include the cancelation of Michael Sam’s reality show before it aired, the death of a documentary filmmaker, and how American’s view the intelligence level of their fellow countrymen. As the show wraps up, Bald Bryan complains about the multitude of typos in his book.