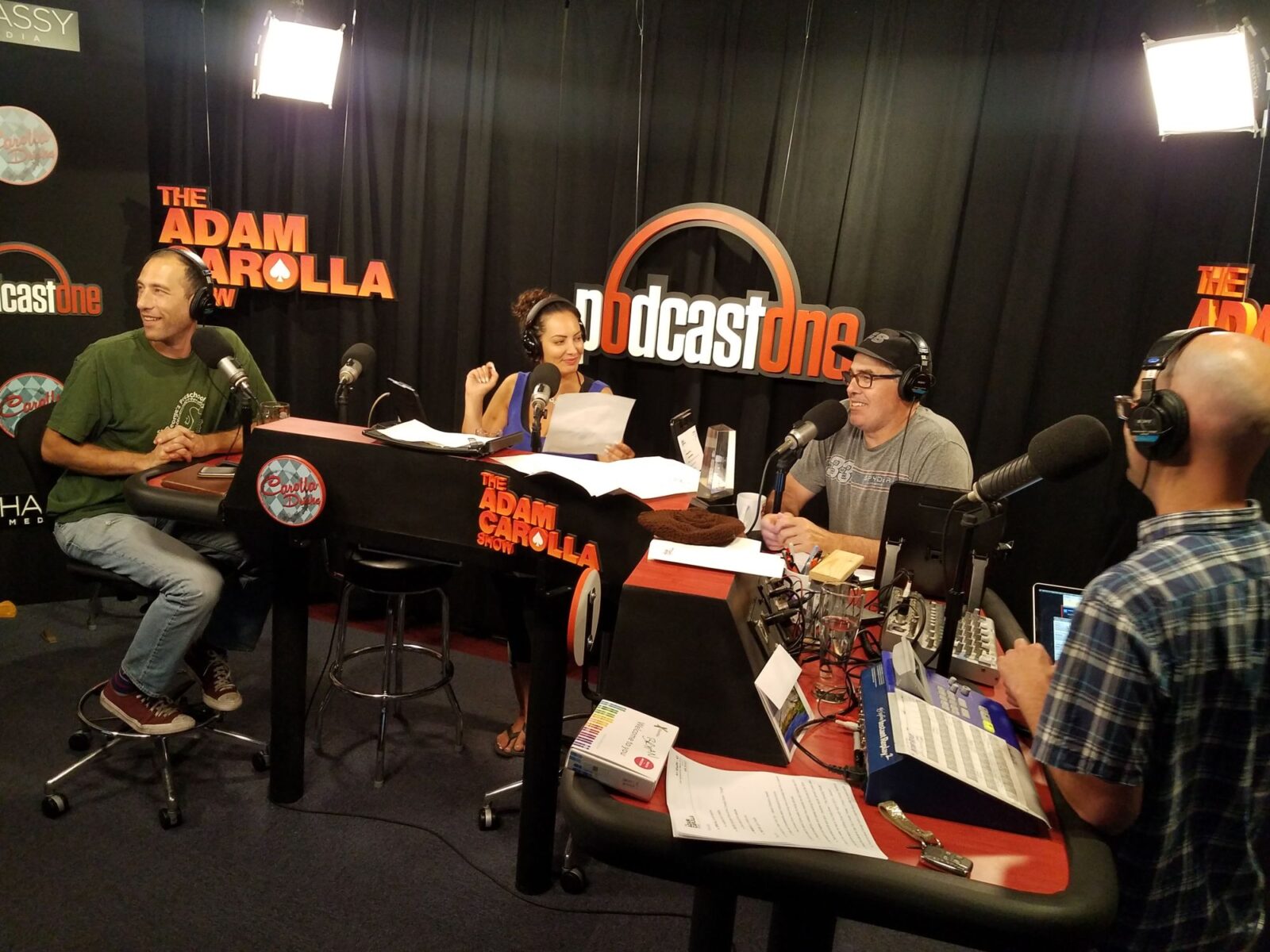 Posted at 12 Sep 2017 in Podcast by Chris Laxamana

Adam opens the show complaining about being unable to reach the Chinese restaurant he wanted to eat at, and the problems with artificial intelligence. He then takes a fan phone call about guys he can’t hang with, which leads to a rant about crappy music at the gym. RJ Bell then calls in, and Adam asks him about who to bet on for this weekend’s Canelo vs. GGG fight. They also discuss the betting habits of various races, and get the scoop on this week’s ‘RJ’s Parlay’. Before the break, they talk about the recent NFL games, and Adam takes more calls about knowing which of your employees are dumb, ideas for his next book, and doing dirty chores with your bare hands.

After today’s Good Sports segment, Ari Shaffir enters the studio. Adam asks Ari about his journey to South East Asia, and what he learned from purposely disconnecting from his phone and social media. They talk a bit more about his travels and hookups, and how his perspective has changed since being back home. Later, Ari asks Adam about his recent speech in front of congress. In the last part of the show, Gina reads news stories about a cops & robbers themed frat party being shut down because it offended people, a controversial monkey selfie, and a wad of fat that’s clogging up a sewer in London. As the show wraps up, the guys talk about the arrest of Jean-Claude Van Damme’s son.

Check out Ari’s new special, ‘Double Negative’, available now on Netflix. You can also visit http://arishaffir.com, and follow him on Twitter @AriShaffir