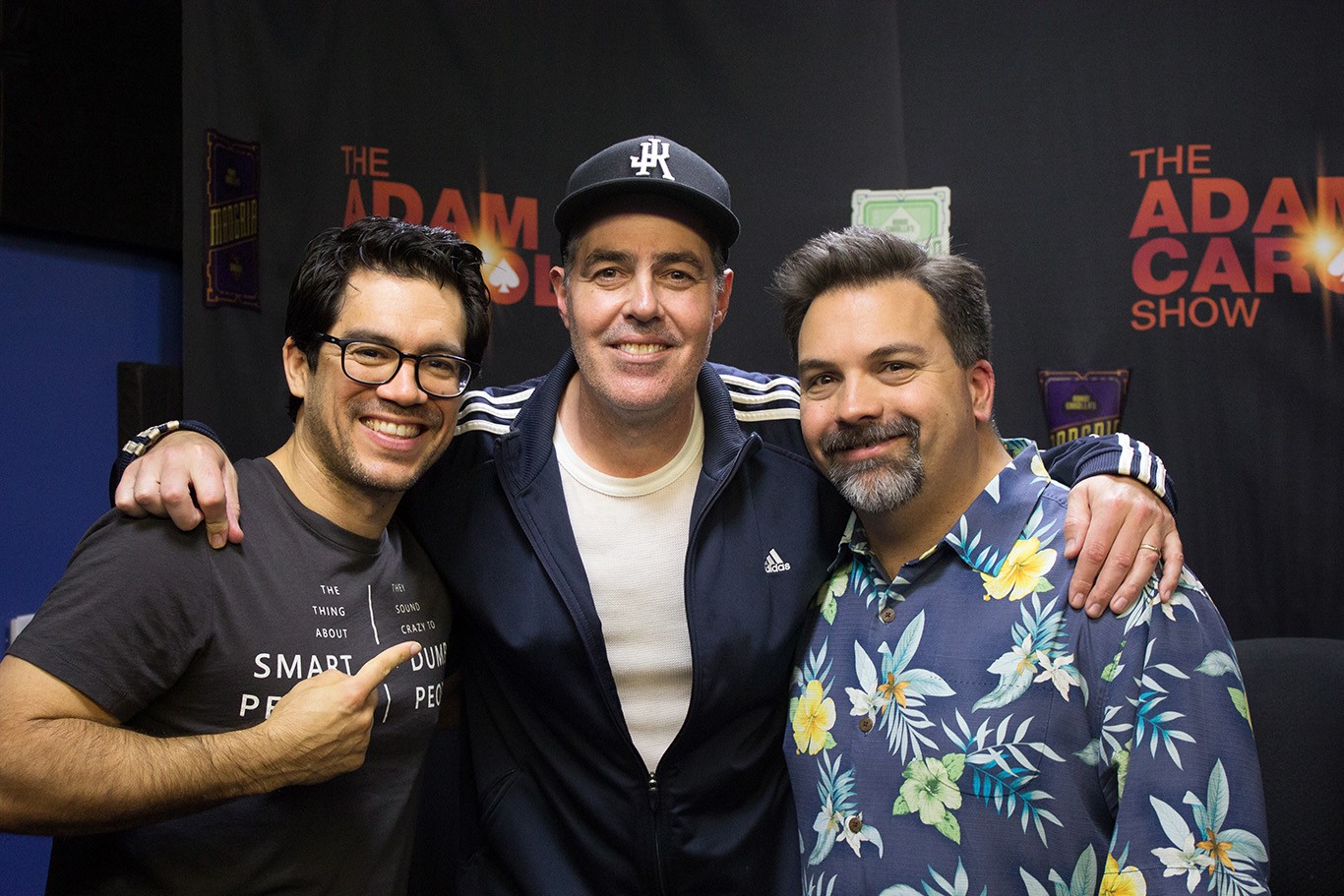 Posted at 11 Nov 2015 in Podcast by Chris Laxamana

Adam opens the show as Matt Atchity enters the studio, and the guys talk about people who unnecessarily round down. They also discuss how improv helps with interviews, and Adam chats about his fascinating interview with Manoj Bhargava (soon to be released as an episode of Take A Knee). Matt then hosts a Veteran-themed round of the Rotten Tomatoes game.

Tai Lopez is in studio next, and talks about his entrepreneurship and love of interviewing people. Tai discusses the backlash he got after he interviewed Hillary Clinton, and also chats about the time he spent living with the Amish. Later, they talk about the importance of finding mentors, and other things to keep in mind to achieve your dreams. Today’s news then starts with a discussion of the racial tension at University of Missouri, which sends everyone on a discussion about how overly politically correct society has become. As the show wraps up, the guys talk about changes to Sea World, and hugely successful ideas they thought would never catch on.