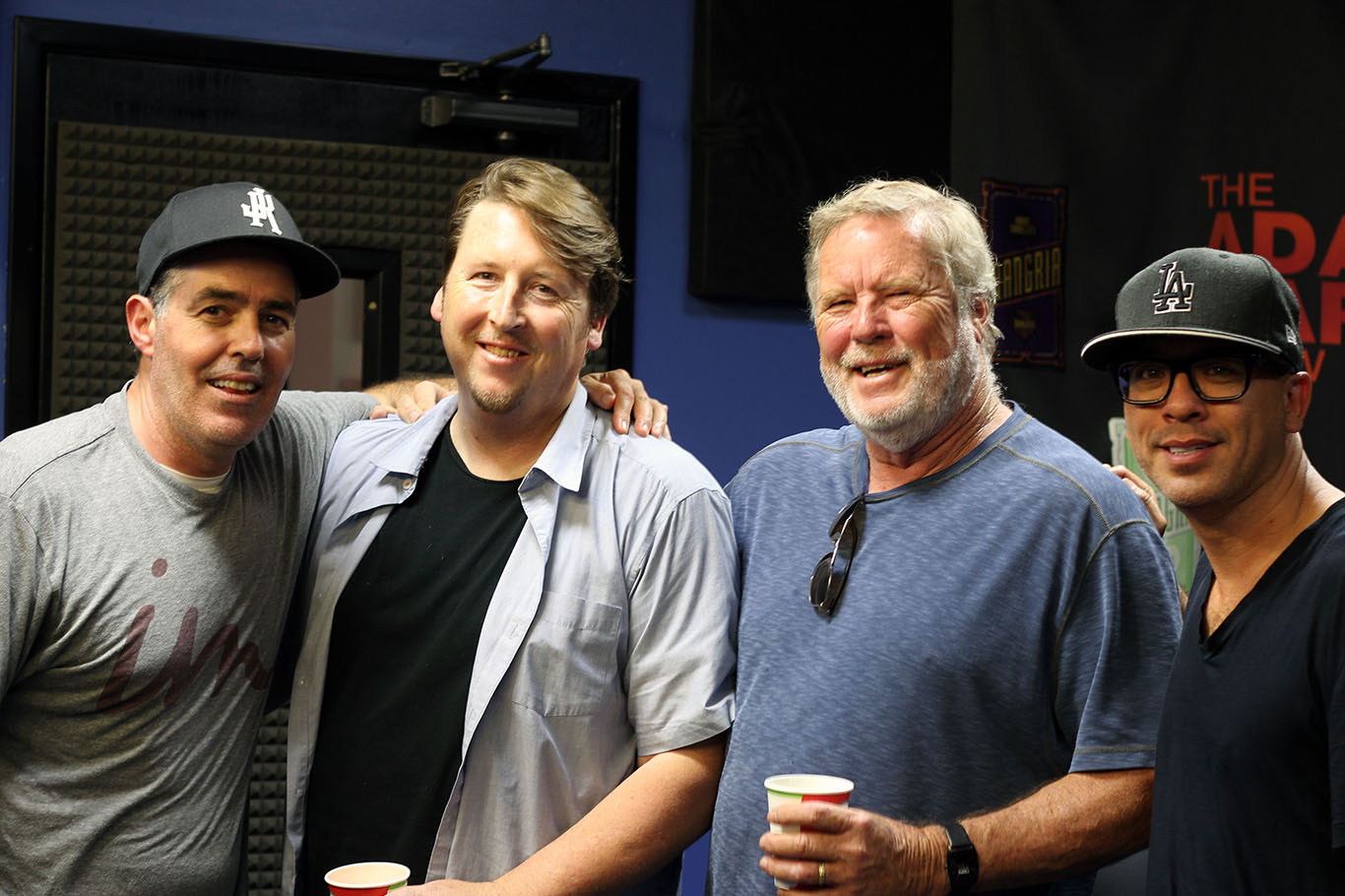 Posted at 17 Aug 2015 in Podcast by Chris Laxamana

Adam opens the first new show since our vacation with sad news about his dog, Molly. Jo Koy is also in studio, and Adam chats with the gang about his amazing trip to Monterey for his yearly vintage race. Adam then rants about the one party he was looking forward to attending, and the ridiculous policies that prevented him and Sonny from fully enjoying the event. Later, Adam and Maxipada discuss the Loafer Sweepstakes, and Jo Koy tells a story about a very bizarre exchange at a hat store.

John & Morgan Langley are in studio next, and Adam talks with them about 28 seasons of the show COPS. Adam asks about which cities have never been featured, and which cities are the most delinquent. Adam also asks the guys their thoughts on how to curb crime rates and they talk about how police perceptions have impacted the show. They also discuss the sad story of a cameraman who died during filming last year. Next, Gina beings the news with a story about participation trophies. They also discuss a woman kicked off a plane for refusing to put her dog in a cage, and the latest porn offering for the Kardashians. As the show wraps up, the guys discuss a study that says men would be happier if their partner died, as opposed to having kids with them.

Watch new episodes of COPS, Saturdays at 8pm on Spike. For more info, visit http://cops.com and follow on Twitter @CopsTV.