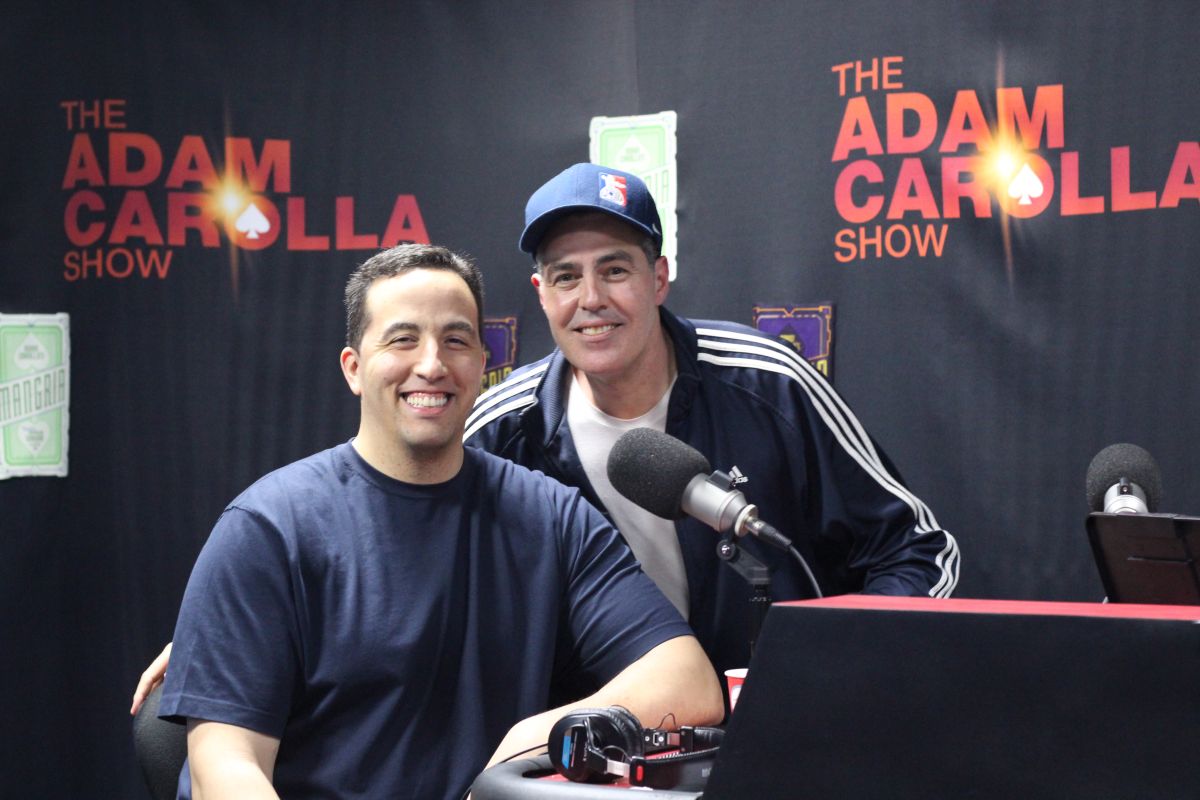 Posted at 06 May 2015 in Podcast by Chris Laxamana

At the top of the show, Gina announces that she was flashed by a stranger just outside the studio. The guys then discuss the politics of public urination and Adam’s potential Emmy nomination, and everyone plays a round of Greater Than or Less Than with host and fan Travis. Later they take fan phone calls about the deterioration of black families, petite women driving gigantic cars, and if Adam would ever direct a music video.

Comedian JL Cauvin is in studio next, and Adam chats with him about how a busy schedule quickly becomes busier. The guys then watch JL’s latest video, and then Gina starts the news with an update on the actress from Django Unchained who mouthed off to the cops after being caught allegedly having sex in public. They also discuss a woman who drunk drove while texting and now faces a 25-year prison sentence, and producers that drive Adam crazy. As the show wraps up, the group talks about the Duck Dynasty musical that is already closing in Vegas.