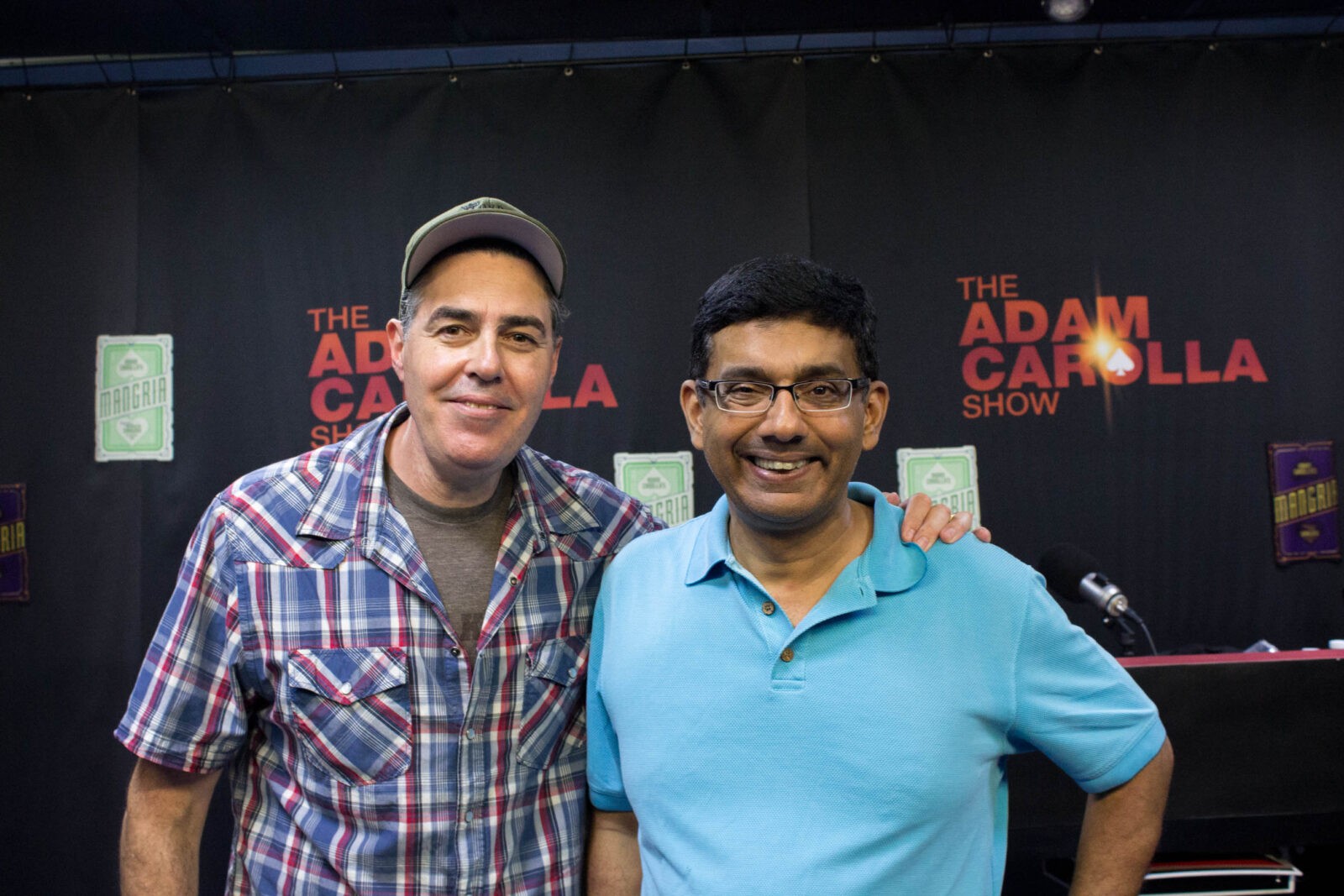 Posted at 12 Jul 2016 in Podcast by Chris Laxamana

At the top of the show, Adam talks about disciplining the kids this morning, as well as his dog. He then discusses the interview he did with Larry Gatlin (out July 25th), and the guys play a few clips that breakdown the story behind ‘Coward of the County’ by Kenny Rogers. Adam also takes fan phone calls about when to tell your kids about your previous life of crime, and how to advance your career when you don’t know what you want to do with your life.

Dinesh D’Souza is in studio next, and the guys talk about the perception of Democrats, and how Dinesh’s political views were formed. They also talk about his dealings with campaign finance laws, his documentary about Barack Obama, and his latest film, ‘Hillary’s America’. The guys then play a clip about Bill and Hillary’s strained relationship, and Dinesh talks further about Democratic policies. Later, Dinesh talks about his roots, and the guys discuss the poverty issues in India and how it’s moving into a better place. In the last part of the show, the guys discuss Bernie Sander’s endorsement of Hillary Clinton, and the aftermath of the Dallas shooting.

‘Hillary’s America’ is in theaters nationwide July 22nd. For more info, check out http://hillarysamericathemovie.com, and follow Dinesh on Twitter @DineshDsouza.