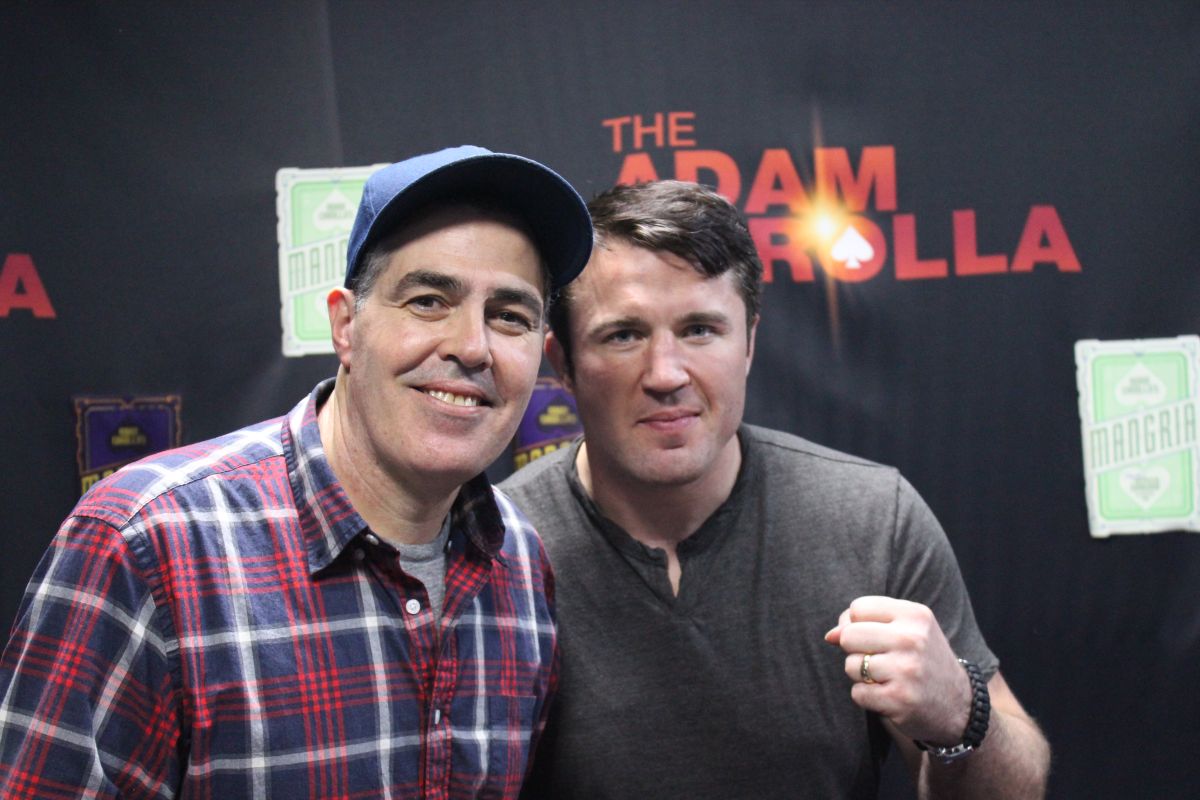 Posted at 05 Feb 2015 in Podcast by Chris Laxamana

Adam opens the show complaining about haircuts and vegetarian pizza. He then takes a fan phone call from a guy who hired his brother and is feeling nervous about it. Adam also reveals his deepest fantasy, talks about the keys to a healthy marriage, and discusses the implications of a certain pornographic act. Later, the group gets to the bottom of a controversy in the studio involving the recycle bin.

Chael Sonnen is in studio next, and Adam talks about what a huge fan he is, in and out of the octagon. The guys discuss the definition of performance enhancing drugs, if helmets and facemasks actually make football more dangerous, and the up-and-coming fighters that Chael is most excited about. Kira then starts the news with a story about someone being sued for giving a business a bad Yelp review. She also reads a story involving a guy who had a sexual relationship with a dolphin. As the show wraps up, everyone comments on a story involving underage porn and battery acid.

Make sure you subscribe to ‘You’re Welcome! with Chael Sonnen,’ available on iTunes. For more on today’s guest, visit http://chaelsonnen.com