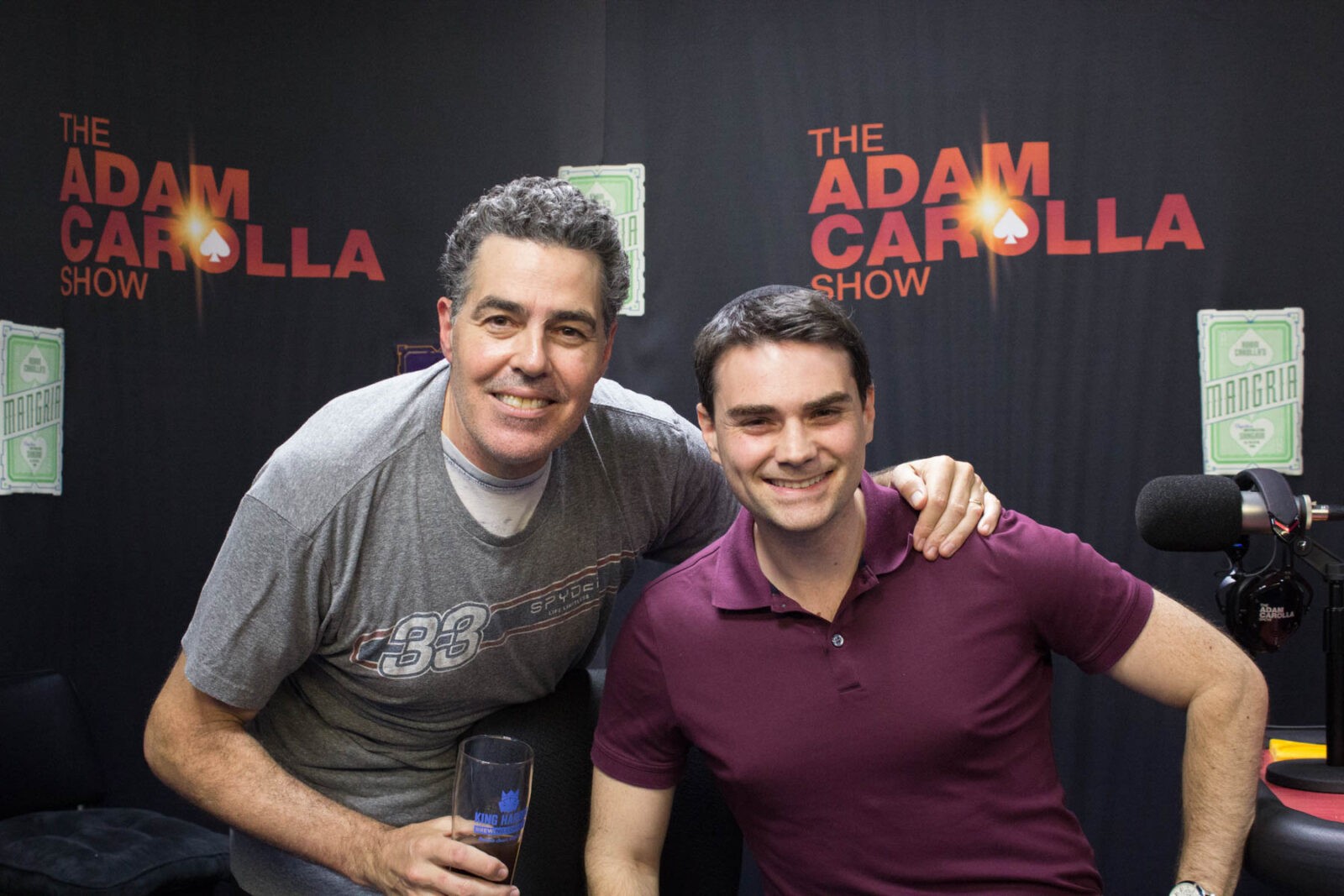 Posted at 07 Aug 2016 in Podcast by Chris Laxamana

At the top of the show, Adam commends Ben Shapiro for speaking his mind in public. The guys also discuss why schools are getting less alumni money now, and Adam shares the latest Mike August story. Adam then gives an exciting update on one of his Newman cars, and plays some of his favorite Ben Shapiro clips. Before the break, Bald Bryan talks about his experience earlier today with his doula, and Adam explains the allure of the raft model.

Ben Shapiro is in studio next, and the guys talk about the difference between unequal and unfair. They also share their thoughts on the election, and Adam explains why he wants to have a gold medal. Ben then talks about getting banned from speaking at DePaul University, and discusses why people need to focus on facts instead of their ‘personal truth’. Later, Adam asks Ben for his take on the situation in Israel, and the show wraps up with a conversation about family and education.

Listen to The Ben Shapiro Show every week on iTunes. For more info, visit http://dailywire.com, and follow him on Twitter @BenShapiro.