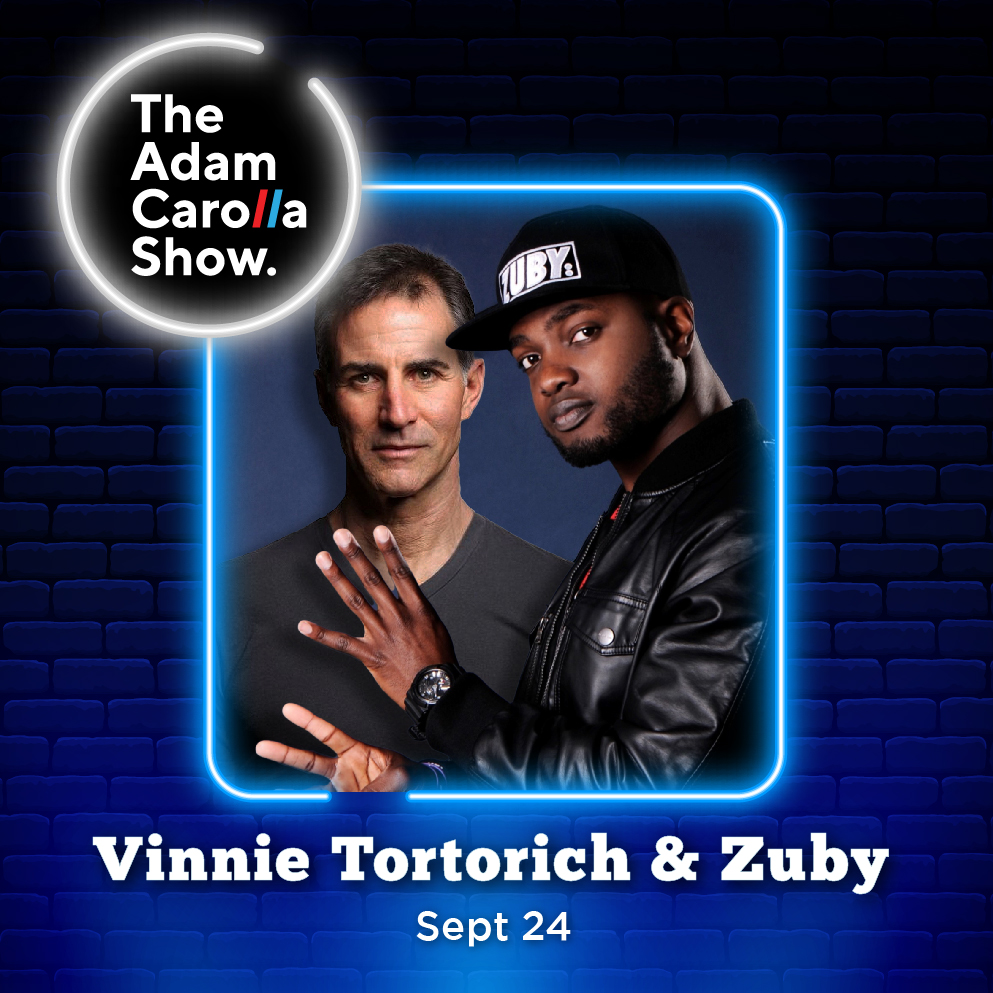 Part 1: Vinnie Tortorich In Studio, plus The News (ACS Sept 24)

Adam welcomes Vinnie Tortorich back to the studio at the top of the show. Adam talks to the guys about the bus ride home, including a drunken show by Dawson, and getting back home after one in the morning. He then rants about always getting French fries, even when he asks for them not to be included. The guys then watch some vintage footage of Vinnie on the football field, and Vinnie rants about the fake meat industry. Later, the guys complain about how everyone is getting fatter, and a lost opportunity to talk about health during the pandemic. Before the break, Gina reads news stories about Linda Evangelista, and Elvira’s new memoir, and then explains what her workout and health regiment has been like in the lead-up to her wedding.

Adam welcomes Zuby in studio at the top of Part 2. The guys have a one-on-one conversation about finding connection amidst all the madness, and the rise in people being told they are ‘anti-vaxxer’ just for saying people should be able to make their own decisions. They also discuss people’s relationship with risk assessment, why we keep focusing on kids instead of the elderly, and trying to heal the nation’s divide. Later, they talk about political ideologies taking over everything, the topic of shame, and the problems with generalizing about everything. In the last part of the show, the guys talk about how Americans view liberty, facts vs. stories, and why we need a more honest media, especially during our current crises.

Mustache Power – The year was 1982. LSU was ranked 6th in the country. They had just accepted the Orange Bowl bid. We beat them in their backyard in front of 87,000 of their fans in Tiger Stadium. @Tulane #tulane #collegefootball #tulaneuniversity #throwbackthursday pic.twitter.com/v2QeYVjp19

Fauci was asked in 2019 about wearing masks to prevent infectious disease. He chuckled and told people to eat healthy, don’t drink and smoke, get exercise, and get good sleep. His tune sure has changed in 2 years

“You avoid all the paranoid aspects and do something positive” pic.twitter.com/u5Ig3ONeWc