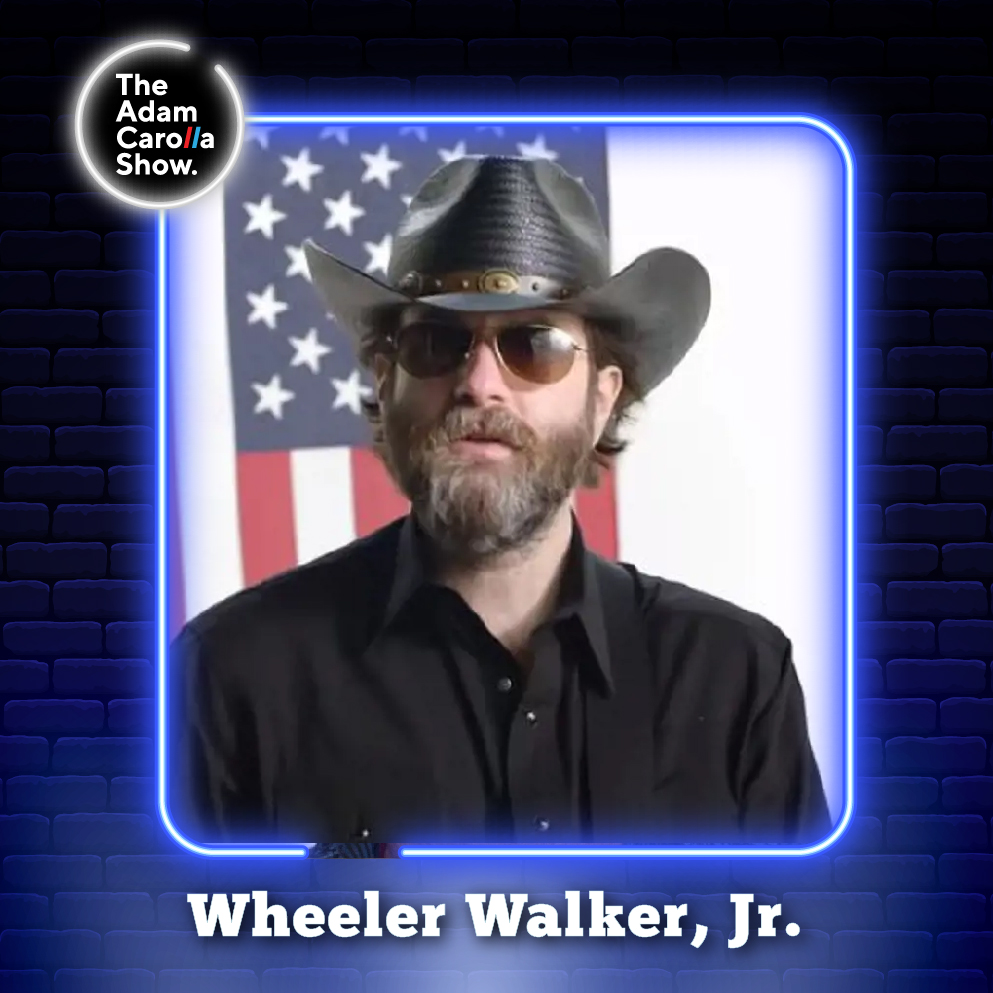 Music historian and radio host, Eddie Trunk, comes in the studio to talk about his show on Sirius/XM, ‘Trunk Nation’. The gang looks at a new Kia commercial in the same vein as the beachcomber turtle ad and talk about airplane seating, confusing hotel door signs, and rappers peddling CDs in NYC. Adam talks about how Devo ushered in nerd rock as Eddie explains how he went from being a critic of ‘The Rock & Roll Hall of Fame’ to being a voter for them. They all weigh in on the 2022 nominations and debate what is the greatest rock song of all time. Adam informs Eddie that Chuck Berry installed cameras in the women’s bathroom at his restaurant and tells him the story of an awkward moment when he met Danny Thomas’ niece.

Country music star, Wheeler Walker Jr., returns to the show and gives the gang a taste of his new album, ‘Sex, Drugs, & Country Music’. Wheeler talks about being protested when playing in San Francisco and getting electrocuted by a microphone. They look at some footage of a venue being trashed after Kid Rock cancelled his concert as well as an LA crutch-fight. Gina Grad reports the news of today including: Paul Sorvino passing away, how monkeypox is now a global threat, Google firing an engineer for saying their AI is sentient, Kate McClure being sentenced for her role in a GoFundMe scam, a woman being stabbed by a 100-pound sailfish, and a new rumor which claims Willem Dafoe’s penis was so large he required a stunt penis when filming ‘Antichrist’.

Listen to Eddie Trunk’s show ‘Trunk Nation’ on Sirius/XM Faction Talk Channel 103, daily from 3-5pm EST, and On Demand on the app

One of my fav Oscar moments was when Mira Sorvino won Best Supporting Actress for Mighty Aphrodite and took a moment yo thank her father, Paul Sorvino, who was visually moved.