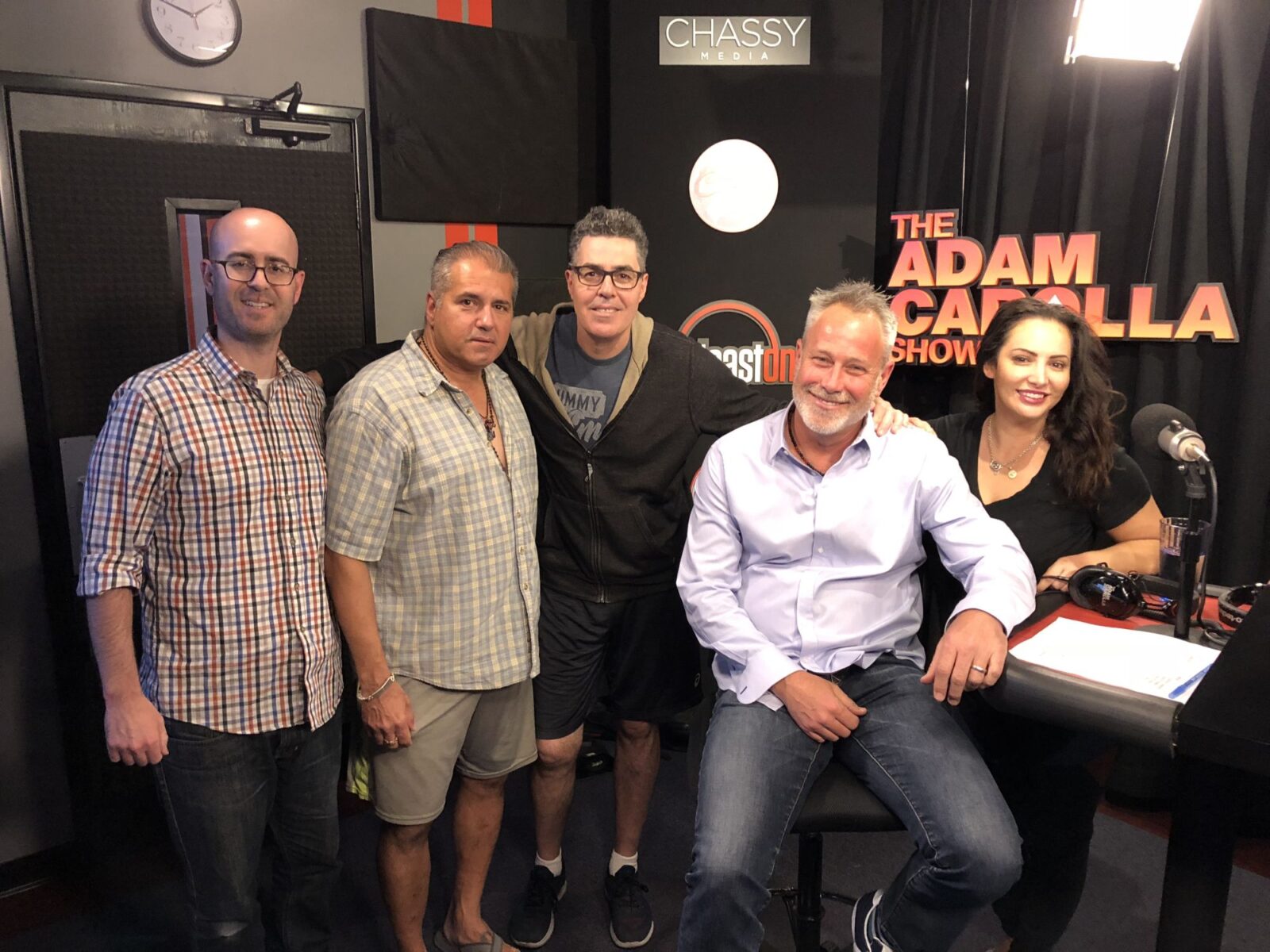 Posted at 25 Apr 2018 in Podcast by Chris Laxamana

Adam opens the podcast complaining about hoodie sweatshirt pockets, garage door clickers, and erroneous weather forecasting. AJ Benza then joins the show, and the guys talk about his dog getting let out of the house, and memorable cases from his series ‘Mysteries and Scandals’. The guys then discuss celebs establishing ‘who they are’, and the long list of women Donald Trump has slept with. Later they listen to a clip of AJ on Howard Stern saying that Donald Trump stole his girlfriend.

Producer Todd Garner is in studio next, and the guys go through some of the classic films that he’s produced like ‘Con Air’ and ‘Black Hawk Down’. After that, the gang plays a round of Made Up Movie and get into a discussion about Tom Cruise not wearing shorts in any movies. They talk further about the film ‘Knight and Day’, and then Gina starts the news talking about the closing arguments in the Bill Cosby trial. They also discuss Hank Azaria stepping away from the voice of Apu. As the show wraps up, Gina provides updates on Allison Mack, the actress involved with sex trafficking who just made bail.