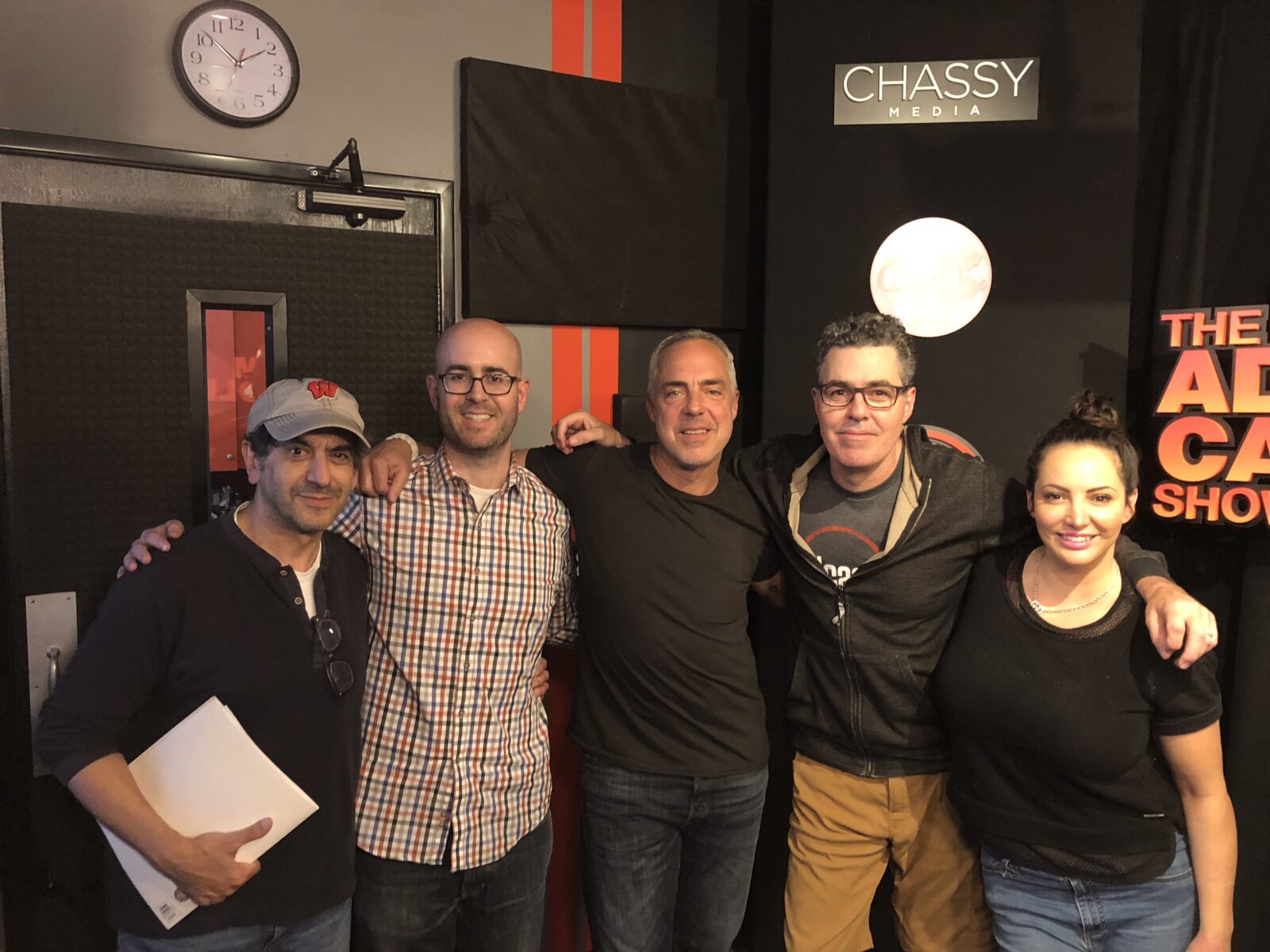 Posted at 11 Apr 2018 in Podcast by Chris Laxamana

Adam opens the show talking about some liked tweets regarding cross fit weight plates, following a conversation from Monday’s show. Adam then goes on to talk about the LA homeless problem, as well as trying to get Olga a birthday present from Starbucks without much money available. Adam then floats the idea of paying Rob to take Philly for a week in an attempt to get him to stop eating socks.

Up next, Adam takes a call about an Uber driver in Portland wanting to offer services to Adam when he goes there, which leads to Adam complaining about young workers these days saying things to the boss that he would never say or do with his bosses back in the day. Jeff Cesario then brings the Chet Waterhouse sports update, followed by Adam and Shek’s Good Sports.

Titus Welliver is in studio next, and Adam chats with him about the hit show Bosch, which films all over LA. They go on to discuss letting creative people execute their vision, the new Shaft film that Titus appears in, and watching movies on an airplane. Later they chat about the death of Mitzi Shore, TJ Miller’s fake bomb threat, and Lakers’ rookie Andre Ingram’s big game. As the show wraps up, Gina reads news stories about Mariah Carey’s bipolar diagnosis, and a new device that can read your mind.

Catch the season premiere of Bosch, tomorrow on Amazon. You can also follow today’s guest on Twitter @Welliver_Titus.

Also be sure to subscribe to Play With Pain, and check out http://jeffcesario.com

The #NBAGLeague veteran poured in 19 PTS in his debut with the @Lakers! pic.twitter.com/EUC5fXo0E3