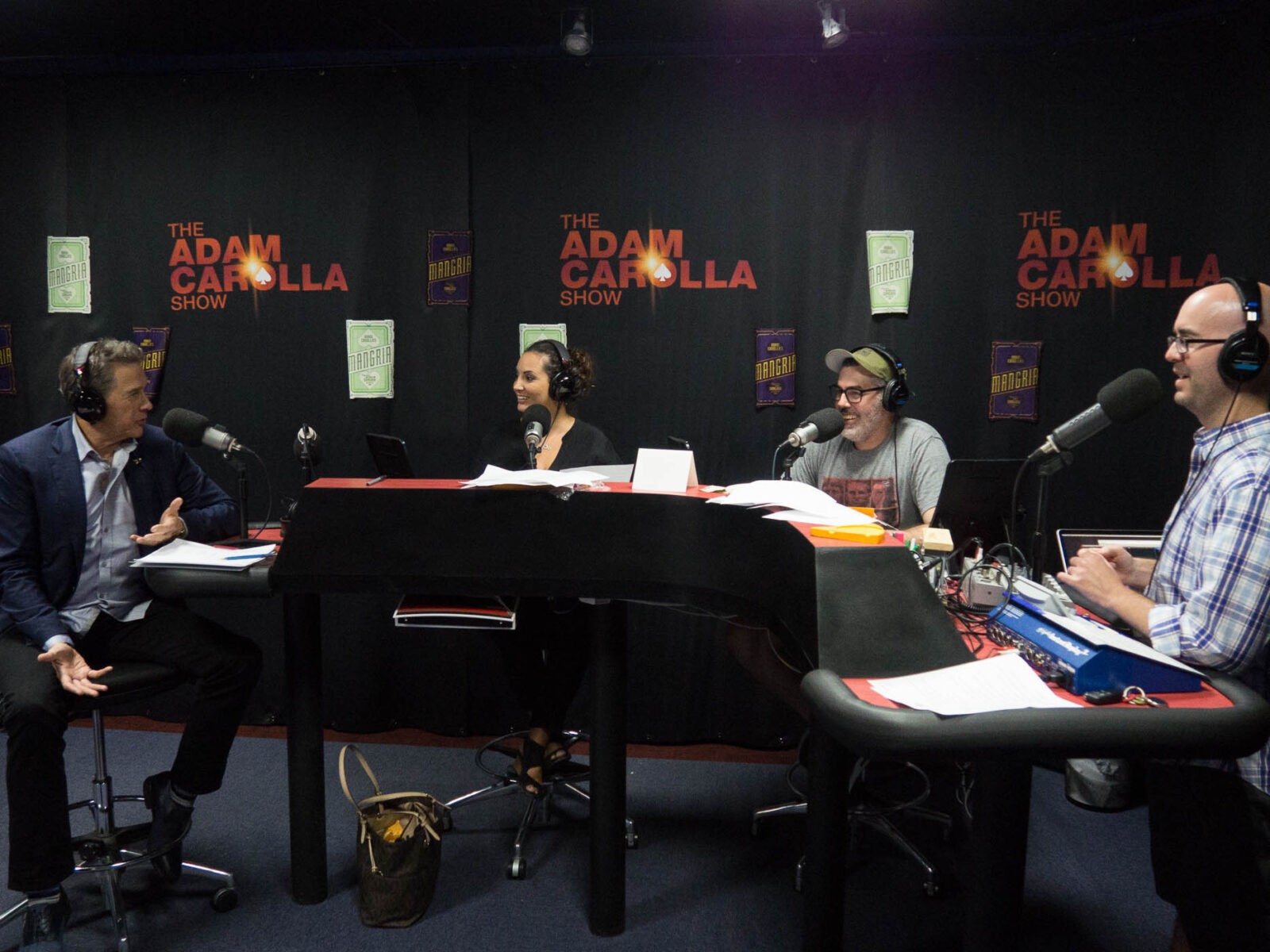 Posted at 11 Oct 2016 in Podcast by Chris Laxamana

At the top of the show, Adam brings in the Gruyere cheese that he loves. He then takes fan phone calls about the choice between having a penis for a nose or a nose for a penis, drinking pina coladas with Dawson, and which Presidential nominee will play less golf. Before the break, the guys play a round of ‘Hipster Walking’, recorded during the recent Portland Mangria Bar Crawl.

Tim Matheson is in studio next, and Adam chats with him about the new film, ‘Killing Reagan’. Tim talks about the task of playing a real life political figure, and Gina asks him about the Reagan’s martial relationship. Gina then begins the news with talk of an Indian call center tax scam. They also talk about Kimmel’s interview with Ken Bone, updates on the Kardashian robbery, and Tiger Wood’s delayed comeback. Other stories include a survey that shows millennials are having problems ‘adulting’, while workers in Japan are spending as much as 80-100 hours a week at the office. As the show wraps up, the guys talk about a deal Ruth’s Chris is offering based on football scores, and Tim and Adam talk about their SoCal youth football days.