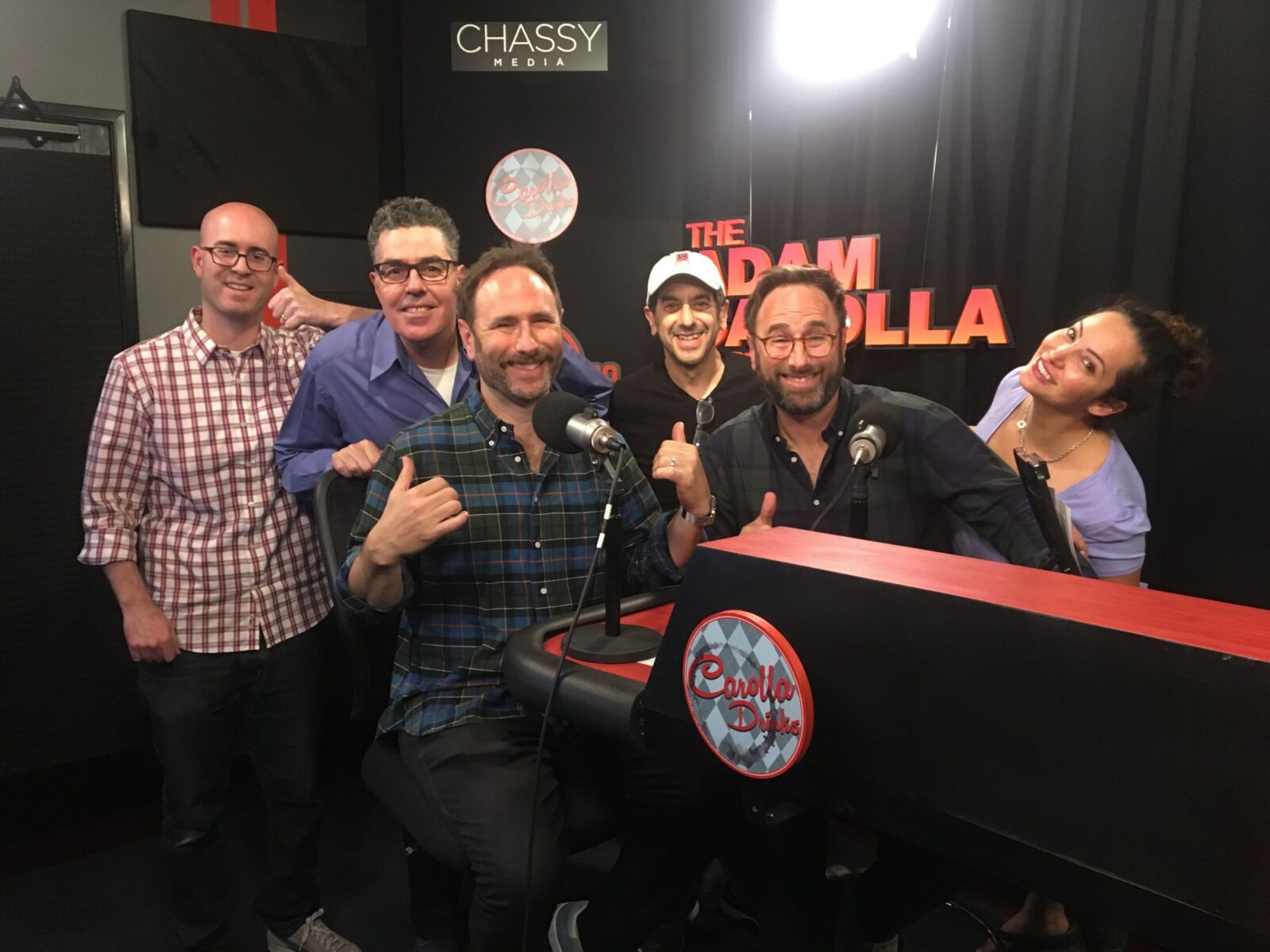 Posted at 01 Feb 2018 in Podcast by Chris Laxamana

At the top of the show, Adam talks to Jeff Cesario about the success of his new Chet Waterhouse podcast (the most recent episode features our own Gina Grad). The guys also talk about the difficulty of good character work, being interviewed by people who are unprepared, and terrible communication on set. Gina then asks about a mystery burn on her arm, and the guys listen to a new Jay-Z mash up. Up next, Chet Waterhouse presents this week’s Sports Update, and Adam talks with Jeff about his earliest late night TV appearance. Before Good Sports, Adam talks about replacing the toilets at the other warehouse, and the guys listen to an exclusive DJ Khaled track.

The Sklar Brothers are in studio next, and the guys talk about their new documentary, ‘Poop Talk’, which Adam is a part of. Randy talks about his wife’s career as an interior designer, and the guys chat more about some of the great stories told in their new movie. Later they talk about pooping at work, and everyone plays a round of ‘Hobo Power’. In the last part of the show, Gina reads a news story about reevaluating the death of Natalie Wood, which leads to a conversation about TV detectives. As the show wraps up, the guys discuss Elon Musk’s flamethrowers, and the Best and Worst States in America.

The Chet Waterhouse podcast, ‘Play with Pain’, is out now! For more on today’s guest, check out http://jeffcesario.com and follow him on Twitter @RealJeffCesario.