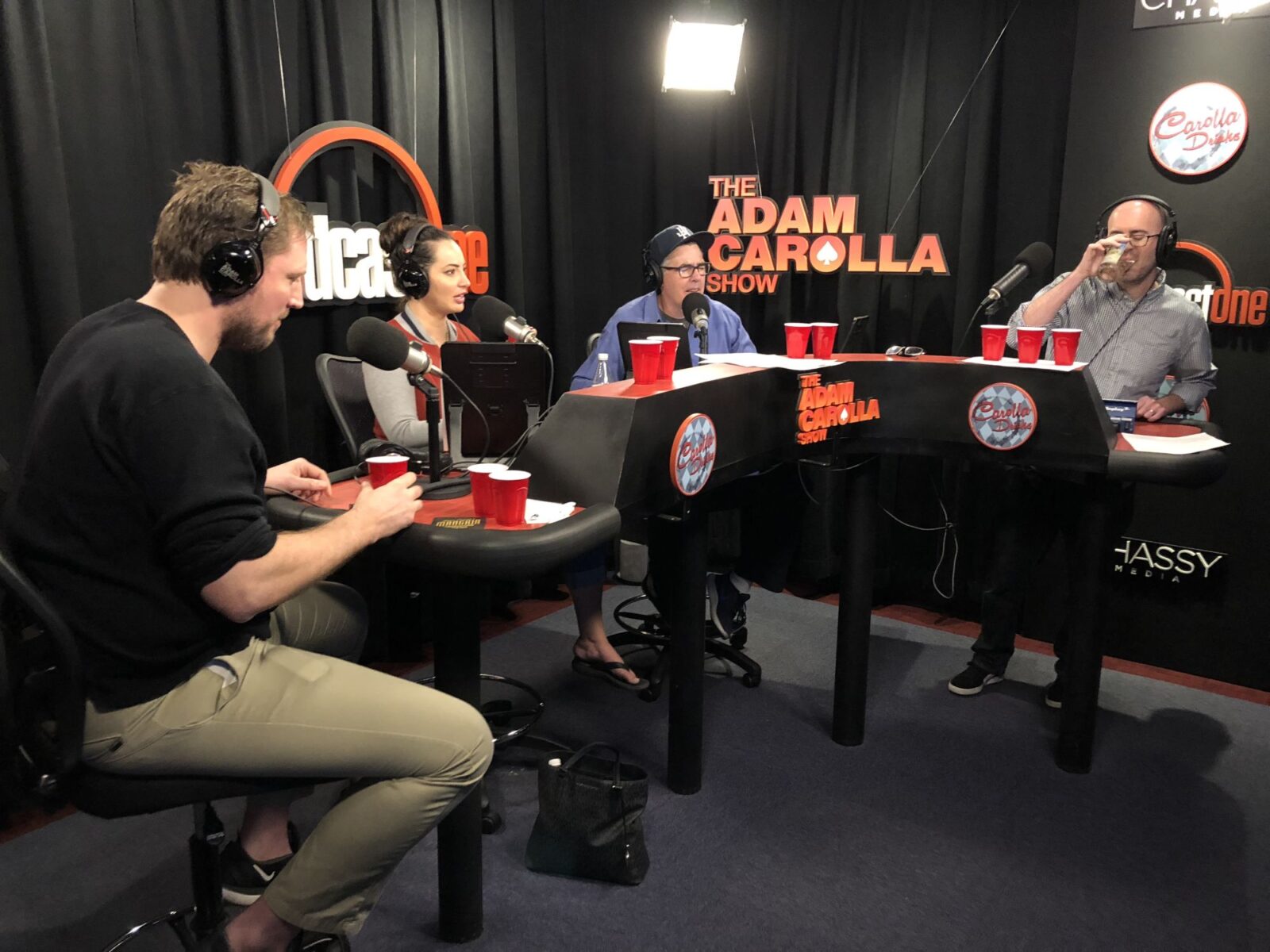 Posted at 05 Feb 2018 in Podcast by Chris Laxamana

At the top of the show, Adam talks to Jo Koy and the gang about stereotypes and snoring. The guys then discuss highlights from the Super Bowl, and Adam reveals his betting strategy this year. After that, Adam talks about people’s driving habits and motivation. Later, the guys re-enact what it must have been like when Chris had to tell his Filipino family that he’s vegan, and Adam talks about how the kids reacted to Jimmy Kimmel’s car accident. After a quick break, enjoy the return of Bung Lu Soo!

Owen Benjamin is in studio next, and the guys talk about hunters vs. gatherers. They also talk about drawing dicks, and everyone participates in a beer taste-testing. Gina then begins the news talking about the chaos that followed the Eagles’ Super Bowl win. They also play back some of the most memorable commercials during the big game and comment on Justin Timberlake’s halftime performance. In the last part of the show, Bald Bryan talks about this year’s best ‘Sportsball’ tweets, and Gina reads a news story about Ronda Rousey’s WWE debut.