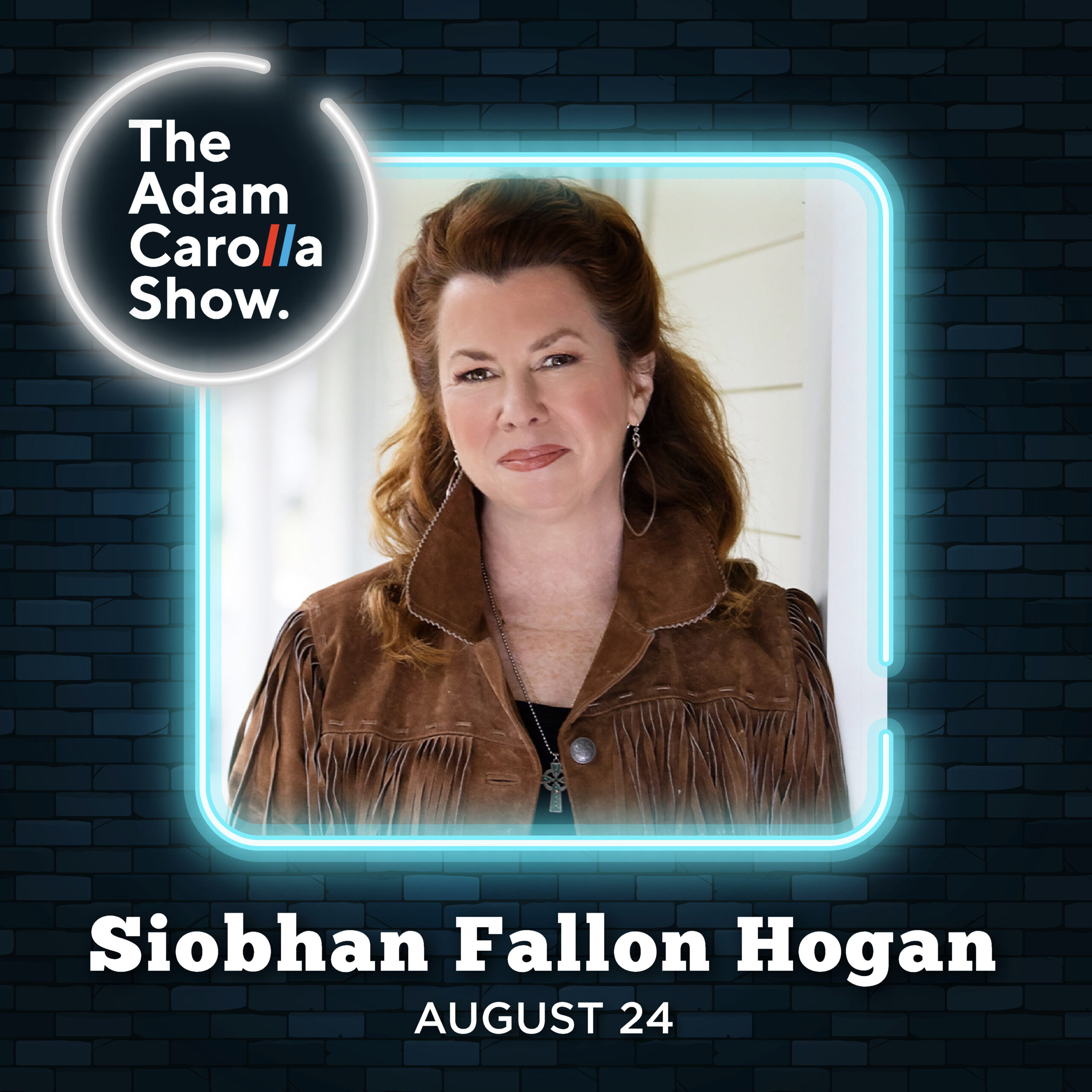 Today’s show opens with talk about the recent Carolla Drinks Family BBQ, followed by breaking down a pet food commercial, and rants about Iced Tea and Coffee. They also discuss the worst Arnold Schwarzenegger movies, and observations from Adam’s recent screening of the disaster film, ‘2012’. Later, Bald Bryan reviews ‘The Suicide Squad’ for Baldywood. Before the break, Adam talks about a teacher who refused to teach Critical Race Theory, and the guys take some listener calls.

Siobhan Fallon Hogan joins the pod at the top of Part 2. She talks about her acting career across film, TV, and stage, starting as an extra, joining Saturday Night Live, and eventually working with legendary filmmakers like Lars Von Trier. They go on to talk about Siobhan’s new film, casting her kids as well as Phil Rosenthal’s kids, and Siobhan’s upbringing. Later, Gina reads a news story about Andrew Cuomo’s farewell address, which leads to Siobhan explaining how her daughter helped first break that story. As the show wraps up, the guys talk about FDA approval of the Pfizer vaccine, and ESPN’s airing of Corgi Racing.

Watch ‘Rushed’, available in Theaters, as well as streaming on Apple & Amazon this Friday. You can also follow today’s guest on Instagram @SiobhanFallonHogan.

Check out The Jordan Harbinger Show