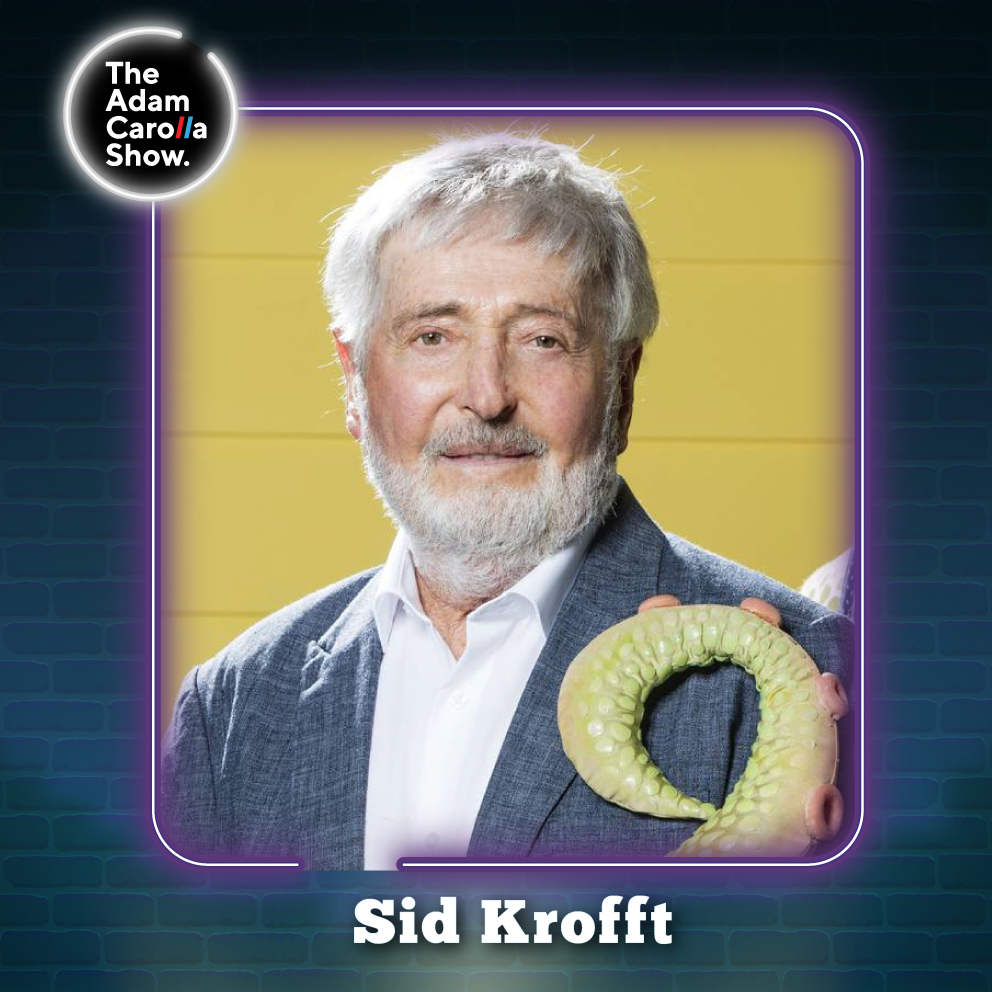 The gang is feeling anxious about their upcoming interview with Sid Krofft, and Adam plays a clip from his audio book where he absolutely slams him. Former MLB relief pitcher and CEO of Big League Advantage, Michael Schwimer, joins the show to talk about investing in the careers of minor league baseball players to support them making it to the majors. Adam takes a listener call from someone who poses a hypothetical sexual situation with interesting results.

Sid Krofft and Adam Carolla finally sit down to talk about the elephant in the room, namely Adam’s constant criticism. They get into how much of Sid’s work impacted Adam‘s childhood and talk about ‘Pryor’s Place’, ‘Pink Lady and Jeff’, ‘Donnie and Marie’, and more. Sid tells stories about touring with Judy Garland and Liberace, designing costumes for ‘The Banana Splits Adventure Hour’, seeing Frank Sinatra knocked out by a bullfighter in a bar fight, and the Beatles demanding episodes of ‘H.R. Pufnstuf’ be sent to their hotel rooms. He explains how he had nothing to do with the ‘Land of the Lost’ remake before Adam and Sid team up to talk trash about Jeff Altman.

Check out Sid Krofft’s show ‘Sundays With Sid’ with new episodes 3pm Pacific every Sunday on his Instagram: @SidKrofft