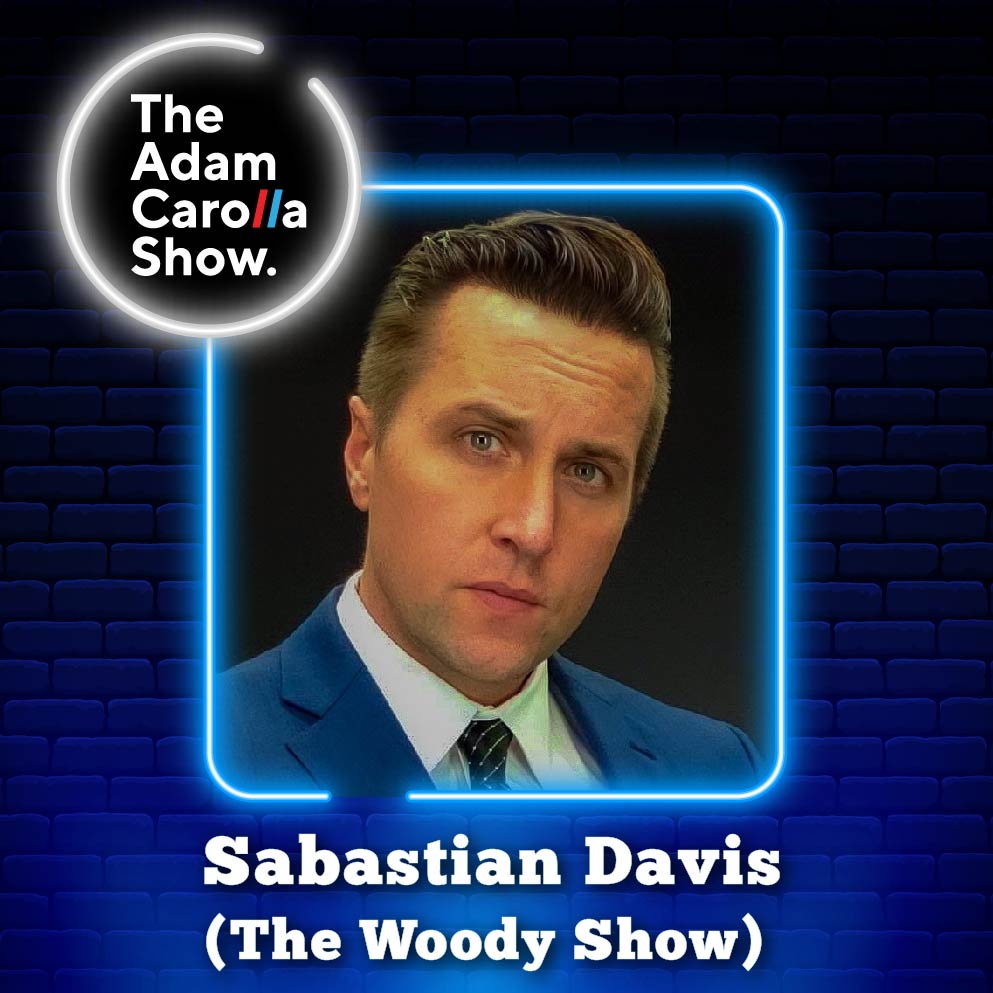 Today’s pod opens with a conversation about Adam’s time playing ‘Million Dollar Password’, opposite today’s guest Sebastian Davis. They also talk about Sebastian’s work as the Cart Narc, and they go on to discuss problems with the self-esteem movement, and a reason to hate Betty White. Later, Adam brings up the story of a stolen James Bond Aston Martin that was reportedly sighted in the Middle East after almost 25 years. Before the break, the guys play a round of the Rotten Tomatoes Game.

Sebastian Davis is in studio next, and Adam talks with him about his performance on ‘Million Dollar Password’. They also talk about producing the popular morning radio show ‘The Woody Show’, and some of the crazy characters the guys had to work with back in the day. Later, Adam asks Sebastian about the origins of Cart Narcs, which reminds Bald Bryan of his time working at a grocery store. In the last part of the show, Gina reads news stories about Andrew Cuomo, Elizabeth Holmes, the Golden Globes, the Taliban, and Desmond Tutu’s ‘aquamation’.