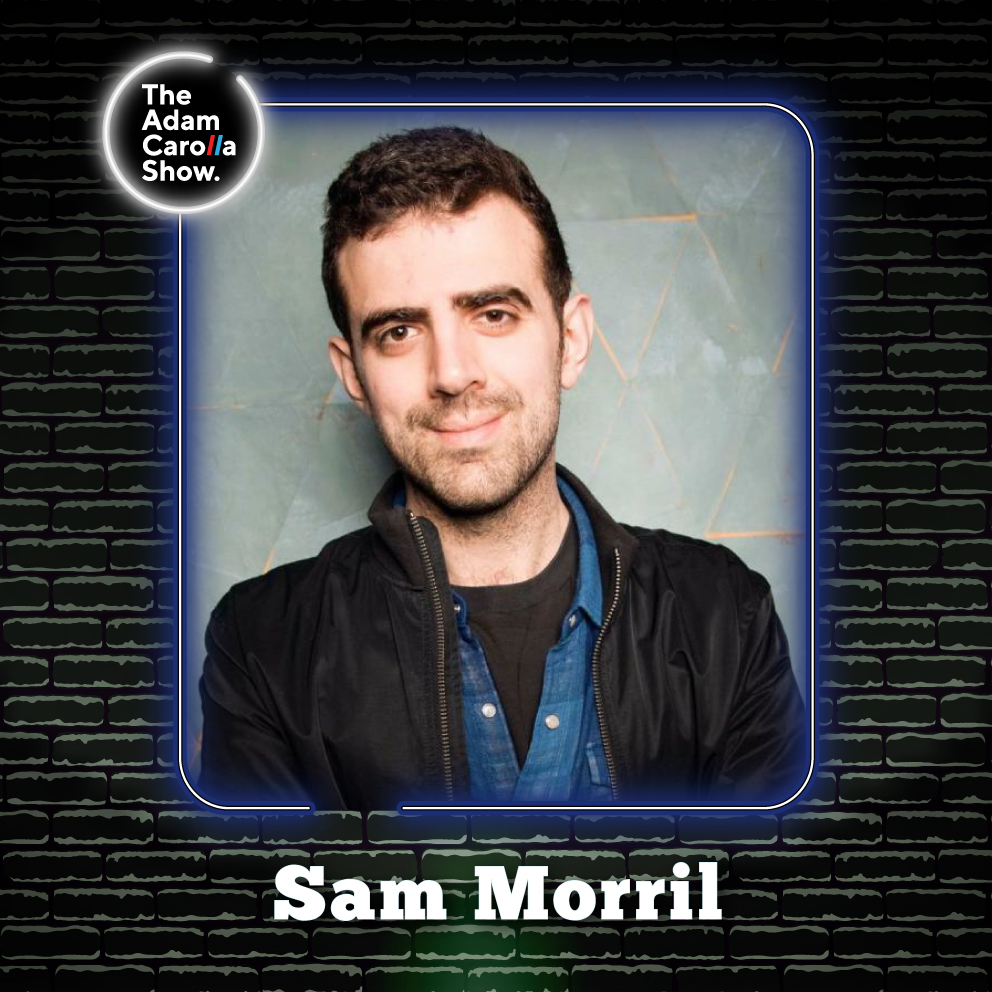 Adam sits down with veteran entertainment reporters Adam Glyn & Dax Holt to talk about the TMZ pitch room, Elon Musk being the biggest celebrity of today, and Alex’s run in with Jeff Bezos. Next, Adam is joined by Wall Street Journal and New York Times reporter, Tripp Mickle, to talk about his new book After Steve: How Apple Became a Trillion-Dollar Company and Lost Its Soul. The book follows how the death of Steve Jobs impacted the future of Apple and its legacy. The gang discusses how Apple employees are refusing to go back to work after working from home and what the future of Apple might look like.

Adam is joined by comedian Sam Morril to talk about his self-made success in promoting his own specials and his new documentary Full Capacity. They discuss Sam’s journey during COVID from performing rooftop shows to documenting the reopening of comedy clubs in New York after the shutdown. Next, Adam Glyn & Dax Holt report on today’s news stories including: Kim wearing Marilyn Monroe’s dress to the Met Gala, Mayor Eric Adams wearing an “End Gun Violence” tux to the Met Gala, bedbugs at Disneyland hotel, and Ulta Beauty’s shocking Kate Spade ad.

Check out Adam Glyn and Dax Holt on their podcast, Hollywood Raw Podcast

Check out Tripp Mickle’s new book: After Steve: How Apple Became a Trillion-Dollar Company and Lost Its Soul

See Sam Morril live in NYC at The Beacon Theatre this Saturday, May 7!

And check his documentary Full Capacity and his standup specials, all available on his YouTube channel: YouTube.com/SamMorril