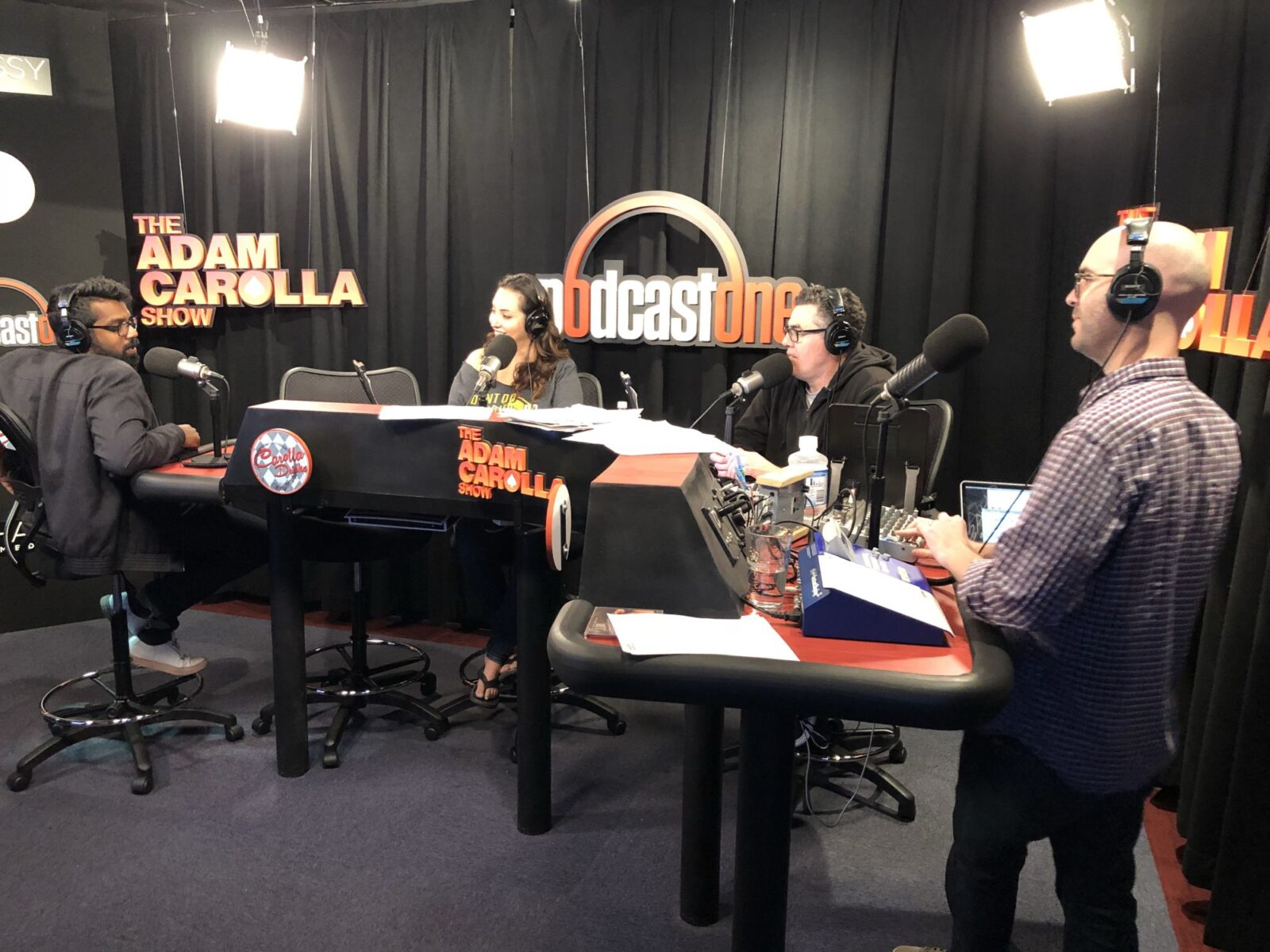 Posted at 20 Dec 2017 in Podcast by Chris Laxamana

As the podcast opens up, Adam and the gang talk about National Sangria Day, and a current news story about a police shooting in Mesa, Arizona. They break down the troubling footage, and Adam explains that it’s the worst shooting in police history. He gives an update on Geragos who is handling the case, and is blown away that the media didn’t cover it, and the officer in question walked away clean. After that, Adam takes calls about watching college bowl games, the life of a delivery driver, and following Adam around for a ‘day in the life vlog’. Before the break, Cody Sings the Hits! (Christmas Edition), followed by ‘Good Sports’.

Romesh Ranganathan is in studio next, and Adam talks with him about trying to sell out the 6,000-seat Greek Theater in Los Angeles. Adam also talks to him about his Sri Lankan parents, growing up in the UK, and coming to America to take his comedy career to the next level. Later, Gina reads news stories about Sarah Palin’s oldest son charged with assaulting his father, and the latest strange UFO footage. As the show wraps up, the guys watch the infamous Santa monologue from Gremlins, and talk about massive beds for sale.