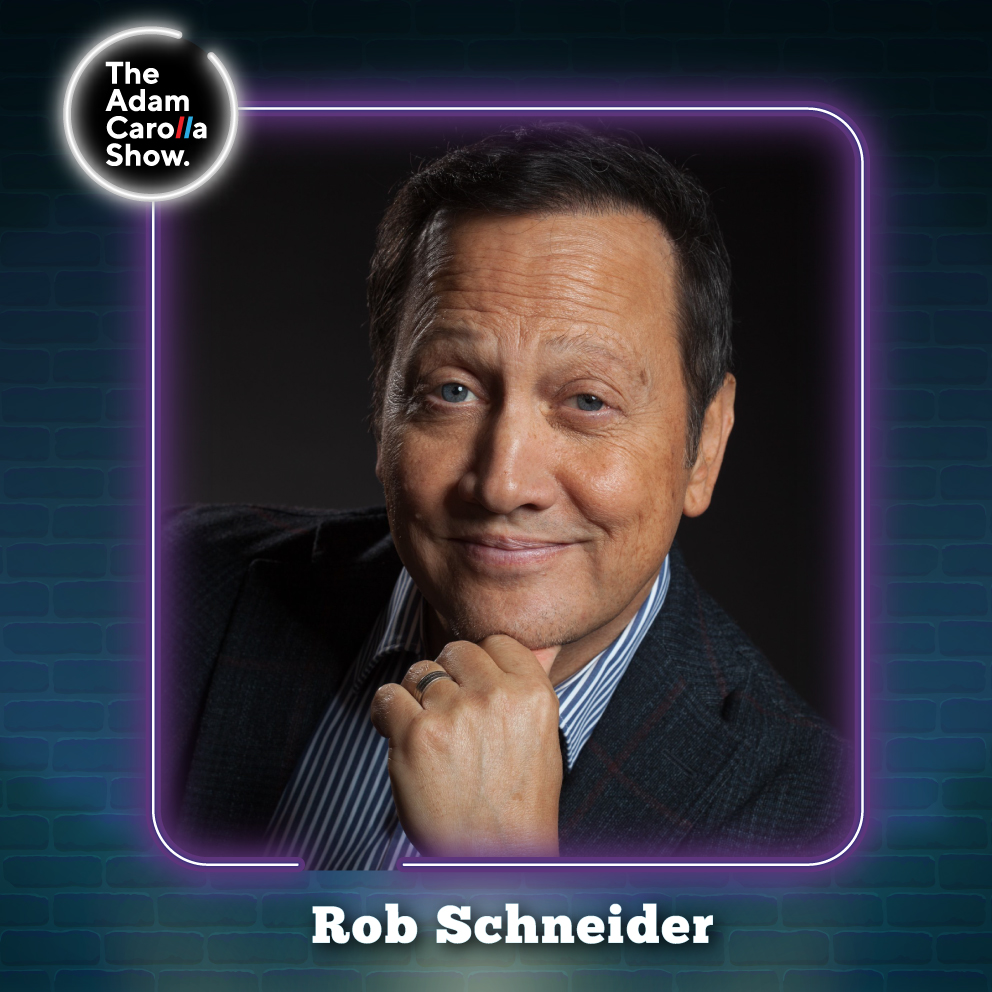 Gary talks to Adam about how his Tesla keeps the cabin temperature from rising to dangerous levels and Adam wonders why this isn’t a feature in every car. Rob Schneider calls in from the road to talk about how his wife won’t let his daughters watch any of his older work, so he had to make a new movie: ‘Daddy Daughter Trip’. Adam tells Rob about the time he was ghosted by John Cleese and the two rant about the education failures in California. Comedian Steven Ho comes into the studio to talk about his journey going from an ER technician to a TikTok star with over 10 million followers. Steven tells the story of how offended users on TikTok tracked him down to the California hospital he worked at and tried to get him fired. He talks about teaching improv at a prison and how he was told not to fall in love with the inmates.

Chris presents ‘Trending Topics’ such as an update on the Sesame Place racism allegations, a Little League batter consoling a pitcher after a hit to head, Aidan Hutchinson performing a Billie Jean cover, and Twitter slamming Tyra Banks after old ‘America’s Next Top Model’ clips resurfaced. Gina Grad reports the news to today including: protesters gathering outside of LA City Hall ahead of a vote to ban homeless camps within 500 feet of schools and daycare centers and Ferrari recalling 17 years worth of cars over possible brake failures.

Woody said nah bitch get over here, we ain’t finna get canceled ??????? pic.twitter.com/VWHLIS1ZQw

This isn’t good sportsman ship. It’s dumb. You got this kid on the ropes and he’s rattled. Trip to Williamsport on the line. You can play pattycakes after. As far as the pitcher goes that’s your plate. pic.twitter.com/Dn7hY4pvxX

Aidan Hutchinson doing a Billie Jean cover was not something I knew I needed.
(via: @NFL and @HBO) #OnePride pic.twitter.com/dshB0dGyYj

The 2000s were something else. This woman’s body was sickening. pic.twitter.com/OPxF3ML5px