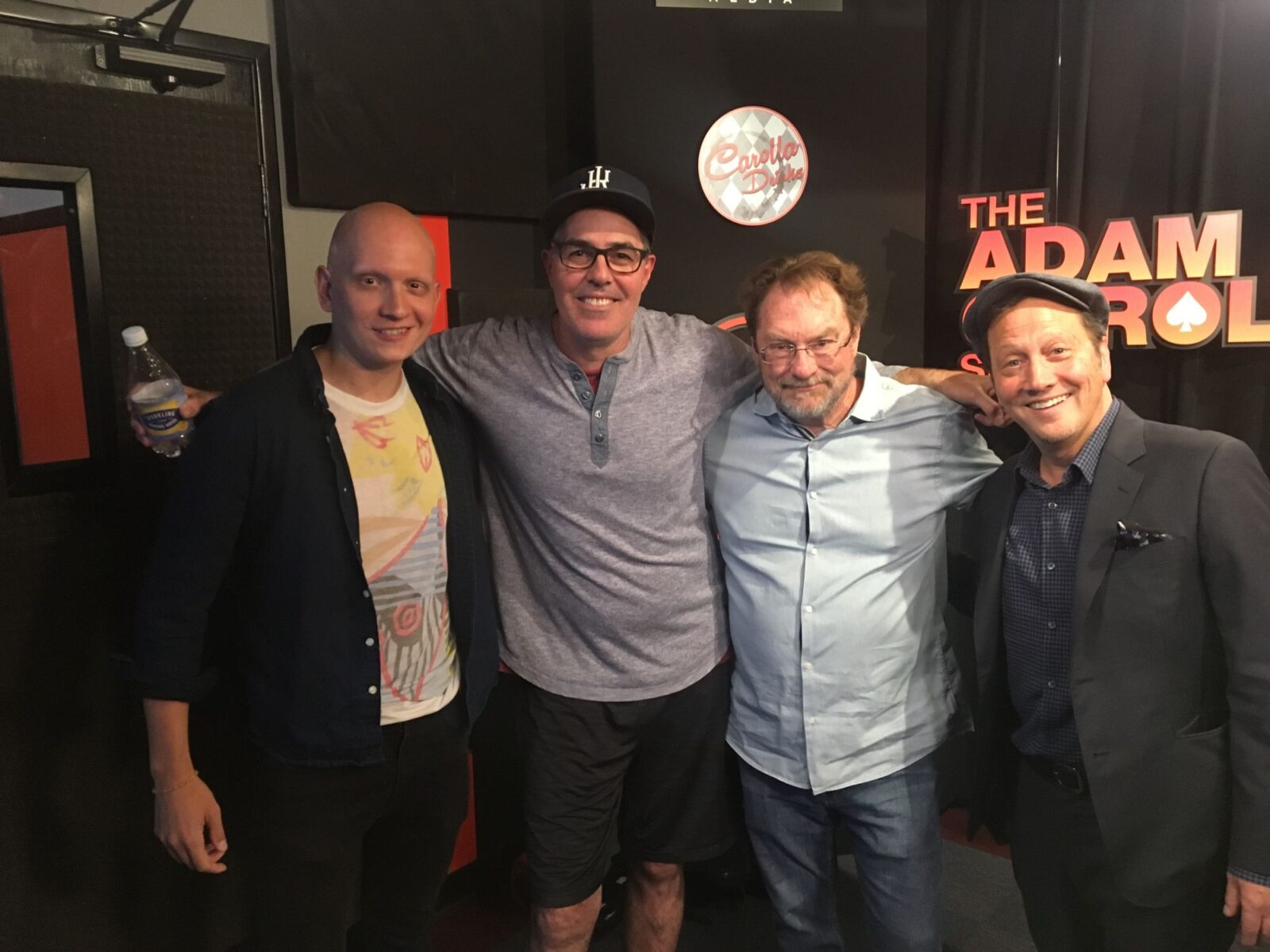 Posted at 04 May 2018 in Podcast by Chris Laxamana

Adam welcomes Rob Schneider back to the podcast right at the top of the show. The guys talk about Rob’s Twitter exchange regarding Alec Baldwin’s Trump impersonation, and the way the press blows everything out of proportion. They also discuss how Trump prefers to negotiate, Adam’s thoughts on nerd rage in Hollywood, and this year’s Kentucky Derby contenders for a round of ‘Good For The Wang, Good For The Stang’. Before Good Sports, Adam talks about terrifying billboards.

In Part 2 of today’s show, Stephen Root and Anthony Carrigan are in studio. The guys talk about bumper stickers, and how nice and talented their ‘Barry’ co-stars Bill Hader and Henry Winkler are. They also discuss working for HBO, and the brilliance of The Coen Brothers. Gina then begins the news talking about people pooping in San Francisco elevators. Other news stories include Caitlyn Jenner getting engaged, sexual harassment allegations against Charlie Rose, and the divorce of The Car’s frontman Ric Ocasek. In the last part of the show, the group comments on a broken window during a Southwest flight, the Boy Scout program changing its name, and the new trend of Japanese forest bathing.

Real Rob Season 2 is out now on Netflix. You can also visit http://robschneider.com and follow him on Twitter @RobSchneider