Posted at 18 Dec 2016 in Podcast by Chris Laxamana

As the show opens, the guys still can’t get over the last round of ‘Will Andrew and Brian Eat It?’. Adam rants about the fridge at the other warehouse, and explains why he no longer has a beard. He also complains about people on set not being prepared, and takes calls about people not being as busy as they think, and receiving terrible gifts. Before the break, Adam makes a new proclamation about jumbo shrimp, and the guys listen to an excerpt of Dawson’s new audiobook, ‘The Miracle Man’.

Ritch Shydner is in studio next, and Adam talks with him about selling his act to Jeff Foxworthy. The guys discuss the ways that comedians are typically raised, and talk in detail about the stand up comedy boom of the 80s. Later they talk about performing on cruise ships, and opening up for rock bands. As the show wraps up, the guys listen to some tunes by The Plasmatics. 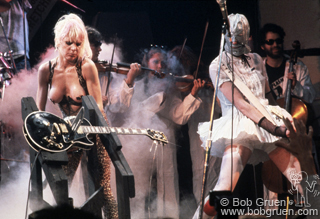