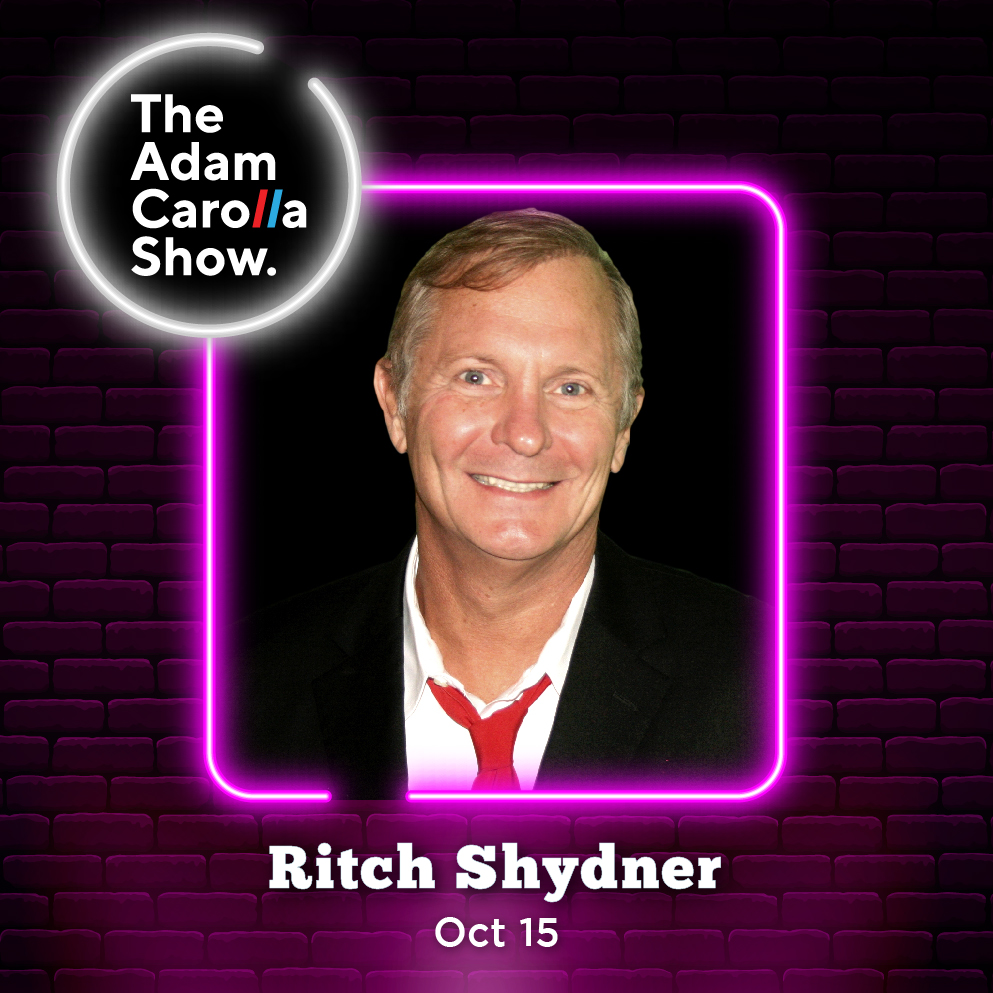 Adam opens today’s podcast talking about getting a rash from some poison oak. Bald Bryan then reviews the new James Bond movie for this week’s Baldywood. Adam then addresses Sanjay Gupta’s recent interviews with Joe Rogen vs. Don Lemon, and they have a larger conversation about intellectual honesty. Later, Gina reads news stories about Howie Mandel’s recovery, reactions to the new Dave Chappelle special, more fallout from Jon Gruden’s emails, a fan fight at the recent Dodgers-Giants game, and a new job as a Simpsons series analyst.

Comedian Ritch Shydner is in studio for an extended one-on-one interview. Adam begins by asking him about his earliest experiences doing comedy, and which comics were his earliest influences. From there, they discuss memorable experiences performing comedy on late night comedy shows, and share thoughts on cancel culture. Later the guys talk about the history of stand-up comedy, going all the way back to the Civil War era. In the last part of the show, they talk further about today’s comedians not speaking up for fear of being cancelled.

Get tickets for Ritch’s one man show, ‘A History of Stand-Up Comedy’ at http://eventbrite.com. You can also get more info at http://ritchshydner.com

Joe Rogan asks Sanjay Gupta if it bothers him that CNN outright lied about Rogan taking horse dewormer to recover from covid. This is fantastic: pic.twitter.com/PEgJqIXhSD

Addressing Sanjay Gupta’s appearance on @JoeRogan‘s show (where Gupta admitted CNN was wrong for saying he took a horse dewormer), Don Lemon and Gupta doubled down on the claim. Only later did they admit it also worked in humans against parasites. pic.twitter.com/57zn4byCKZ