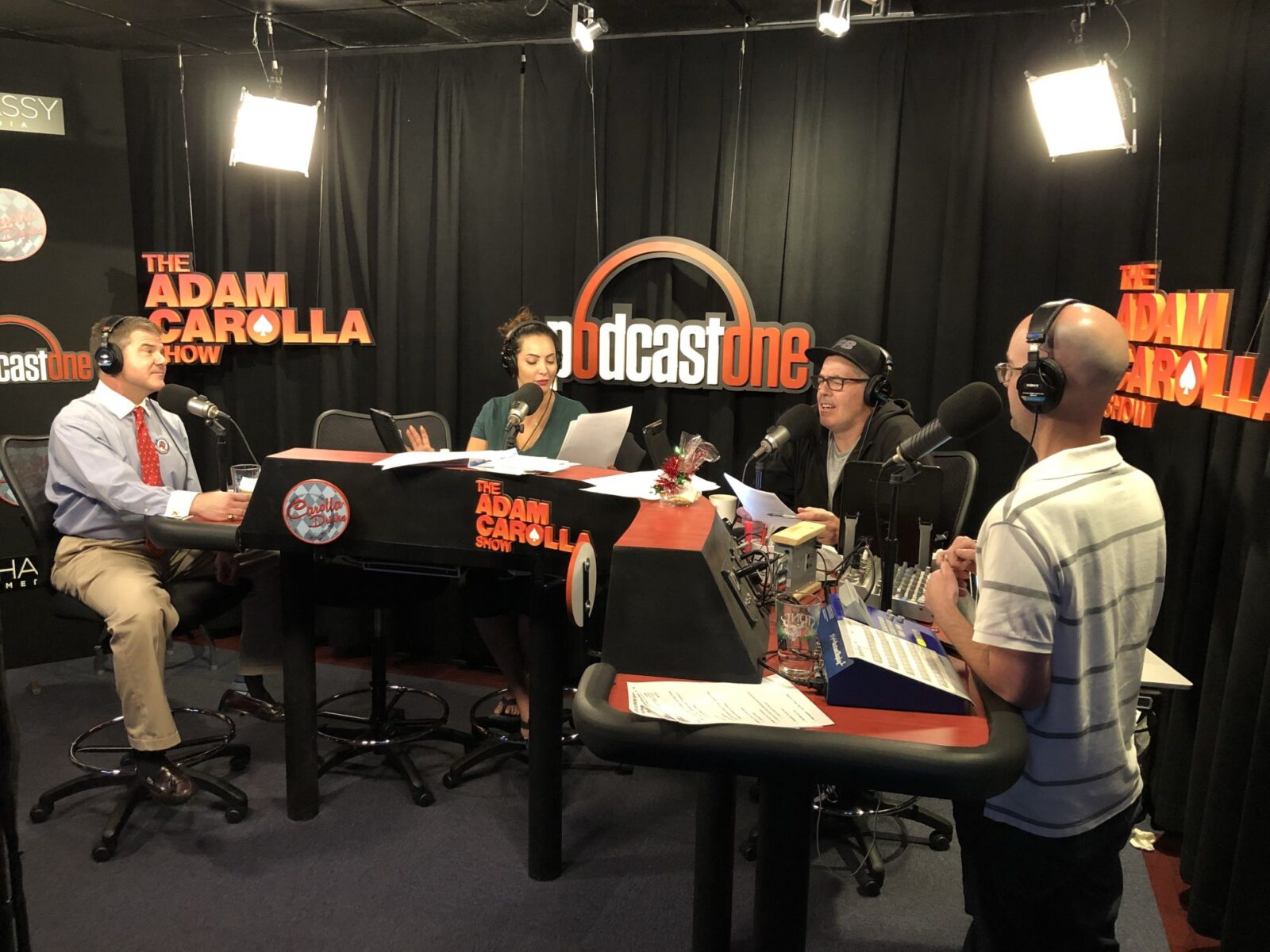 Posted at 11 Dec 2017 in Podcast by Chris Laxamana

At the top of the show, Adam talks about having a field suite at Sunday’s Rams/Eagles game. He shares his thoughts on brat vs. kielbasa, then tells a classic Mike August story about trying to understand the ‘tuck rule’. The guys also discuss trying to get Adam’s Loveline chair back, and a Danny Bonaduce story about tipping and improv, followed by taking calls regarding the rewards of working hard, not rinsing your coffee mug, bad hairstyles based ethnic groups, and a new game called ‘Guess The Joker’.

Rep. Richard Martin is in studio next, and he talks about some disturbing updates on his home life. Rep. Martin also shares his thoughts on Roy Moore, Al Franken and immigration reform. Gina then begins the news about the Thomas Fire affecting famous people, statistics about giving jobs to overweight women, and a UN investigation about poverty in Alabama. As the show wraps up, the guys chat about the Golden Globe nominees.