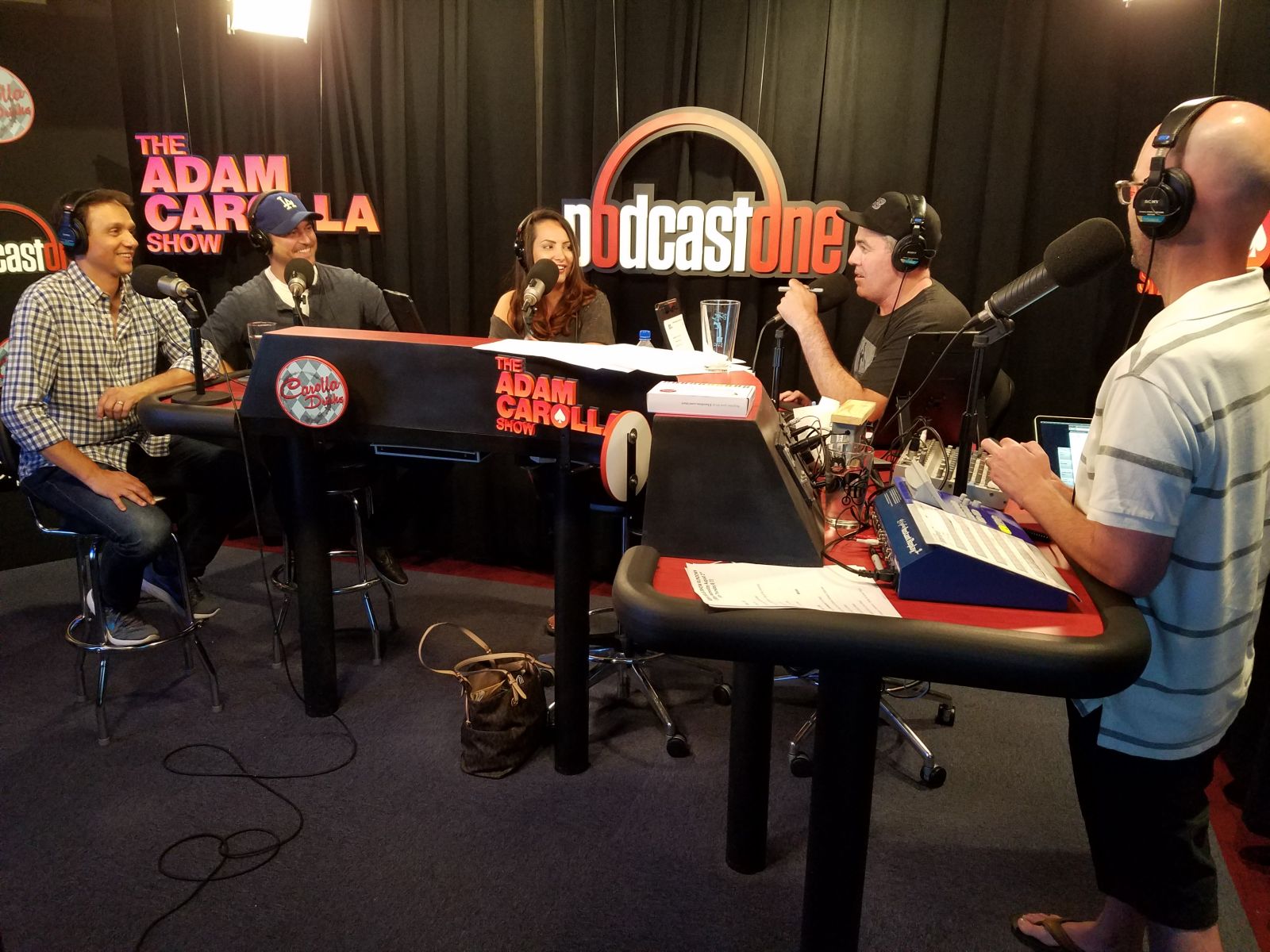 Posted at 02 Aug 2017 in Podcast by Chris Laxamana

At the top of the show, Adam talks about his whirlwind trip to Sonoma where he got to drive Newman’s 935 Porsche for the very first time. He also talks about hanging with Jay Leno and sharing his private jet home. Up next, Bald Bryan reviews ‘King of the Underdogs’. Later, Ralph Macchio joins the studio, along with ‘Underdogs’ director Derek Johnson. The guys chat about why they chose to make a film about director John G. Avildsen, and discuss the legacy of films that he left behind. Adam also asks Ralph about his experiences on ‘The Karate Kid,’ and the guys share stories about hanging with Sylvester Stallone.
Gina begins the news talking about prisoners who used peanut butter to trick guards and escape from an Alabama jail. They also talk about a guy who popped the emergency door on a plane and jumped out on the wing during the final taxi. Other topics of discussion include Trump covering up for his son, the ‘planetary protection officer’ position at NASA, and a new adhesive sticker for urethras that may replace condoms. As the show wraps up, the guys react to news stories about how people prefer their steak cooked, and an Ohio video store with a hidden speakeasy dedicated to the films of Quentin Tarantino.

‘King of the Underdogs’ is available now for purchase at http://chassy.com. You can also follow the guys on Twitter @RalphMacchio and @JGAUnderdog.