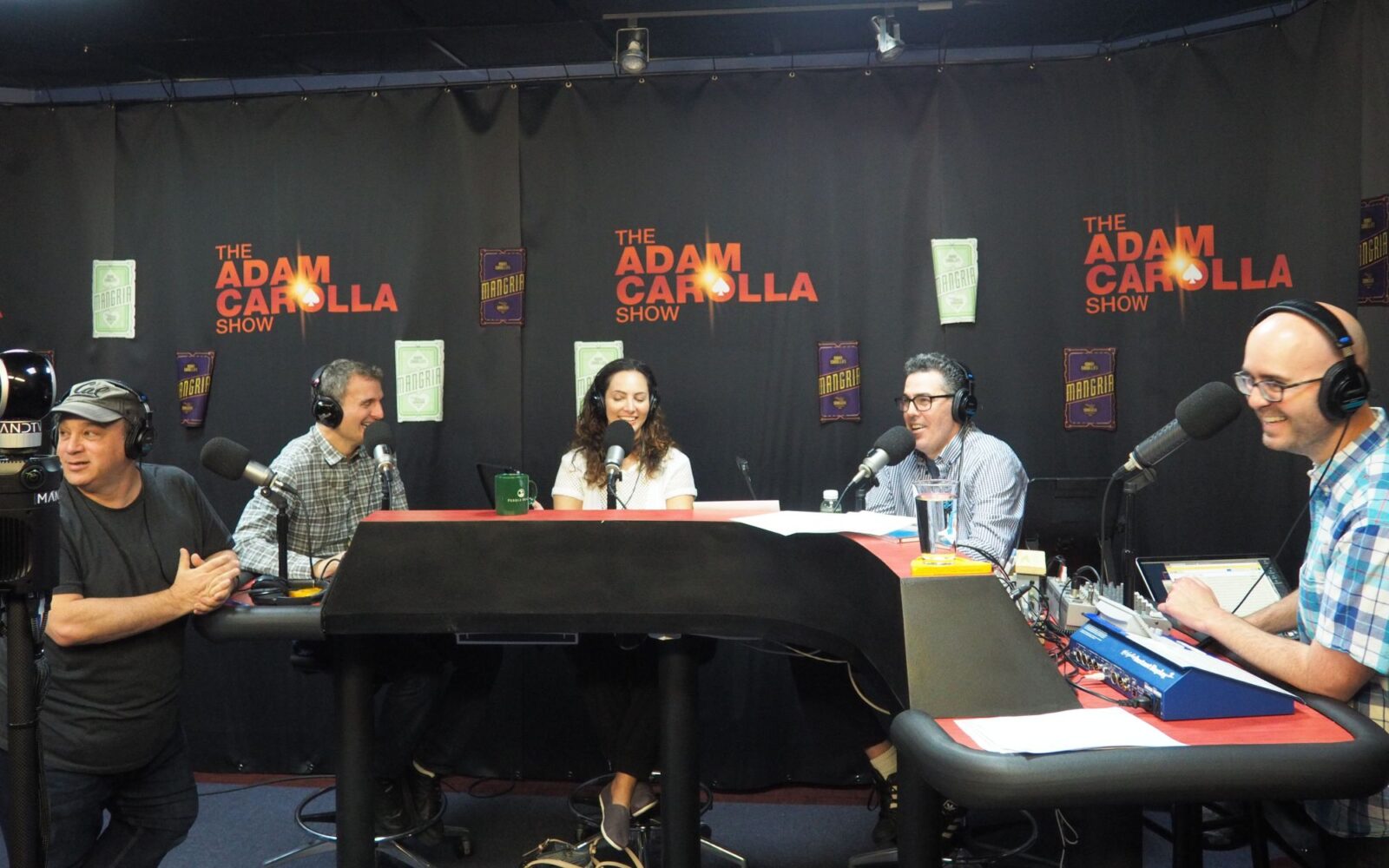 Posted at 01 Mar 2017 in Podcast by Chris Laxamana

Adam welcomes Phil Rosenthal and David Wild back to the podcast. The guys compliment Adam on his work helping write jokes for the Oscars, and they also talk about the hilarious ‘feud’ between Kimmel and Matt Damon. David also talks about his work on the Independent Spirit Awards, and Adam shares additional behind the scenes stories from the big night, including bumping into The Rock, as well as more jokes that didn’t make it to the broadcast. Before the break, Adam takes a fan phone call about the ‘don’t be a one-upper’ drop.

Damon Lawner is in studio next, and Adam talks with him about his sex party business. Damon explains how he took inspiration from the film ‘Eyes Wide Shut’, and Adam asks Damon how he gets hot women to participate. The guys also talk about the success of his business, and Gina shares her experiences being at a not-so-great sex party. Today’s top news story deals with Trump’s first speech to Congress. They also talk about Subway chicken sandwiches, and Elon Musk’s announcement that two private citizens will be flown on a trip around the moon next year. As the show wraps up, the guys hear the cast of the upcoming season of Dancing with the Stars.

And for more on Phil, follow him on Twitter @PhilRosenthal, and keep your eyes open for the new season of ‘I’ll Have What Phil’s Having’, coming soon to Netflix.