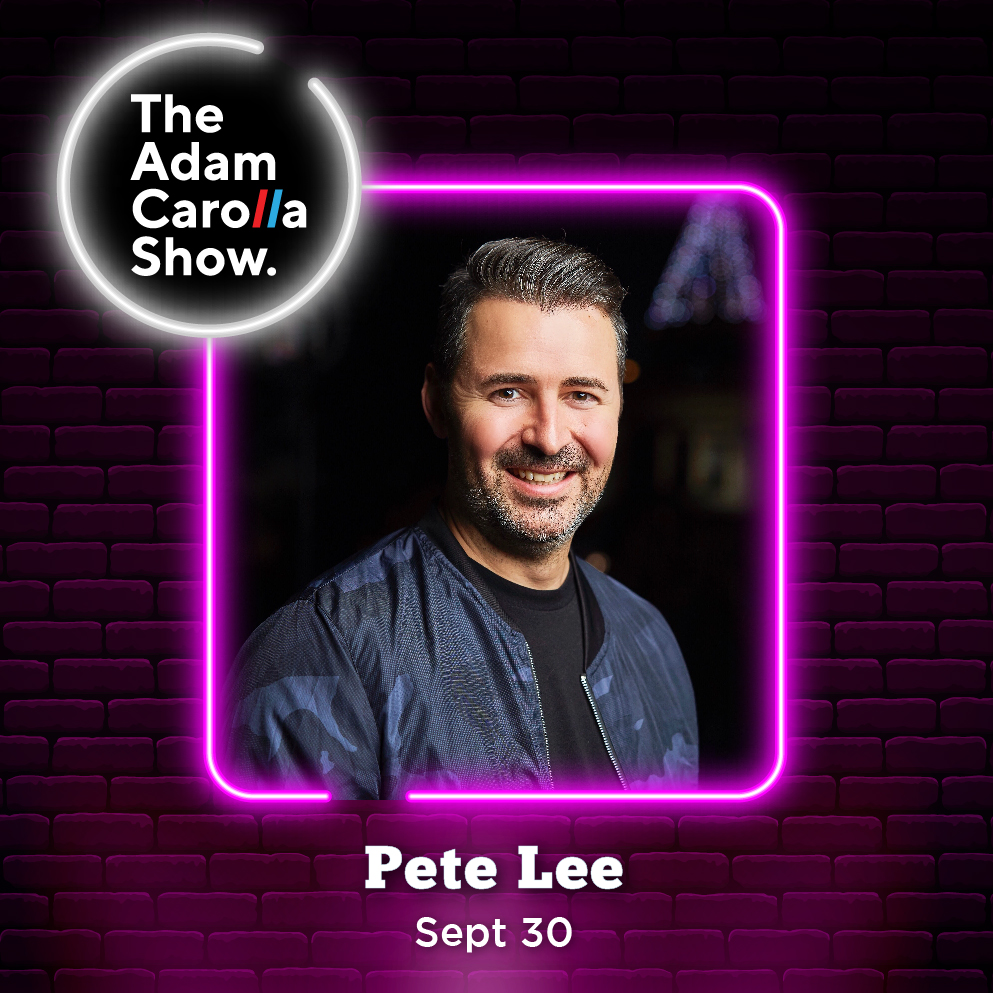 Adam welcomes Gina Grad back to the studio after her wedding weekend. Adam then shares an update on attending Natalia’s volleyball game, and the guys complain about the current state of music. Adam also talks about some recent steakhouse observations, and Gina gives a recap of her wedding experience. Later, the guys take some listener calls, and Adam rants about sensitivity training requirements in the workplace. Before the break, the gang talks about the unique storytelling style of Paul Harvey.

Comedian Pete Lee is in studio at the top of Part 2, and Adam talks to him about how different their dads were, even though they both grew up getting into fights. Pete also talks about embracing his manliness, getting road head, and receiving boob pics based on the podcasts he appears on. Later they talk about not wanting to censor yourself as a comedian, and watching his mom yell at Gloria Steinem. In the last part of the show, Gina reads news stories about R. Kelly, Bill Cosby, Greta Thunberg, and Steve Ballmer.

‘Pete Lee: Tall, Dark, and Pleasant’ is available now on Showtime. You can also get more info at http://petelee.net, and by following Pete on Twitter @PeteLeeTweets.

“We can no longer let the people in power decide what hope is. Hope is not passive. Hope is not blah blah blah. Hope is telling the truth. Hope is taking action”
My speech at #Youth4Climate #PreCOP26 in Milan. pic.twitter.com/BA62GpST2O