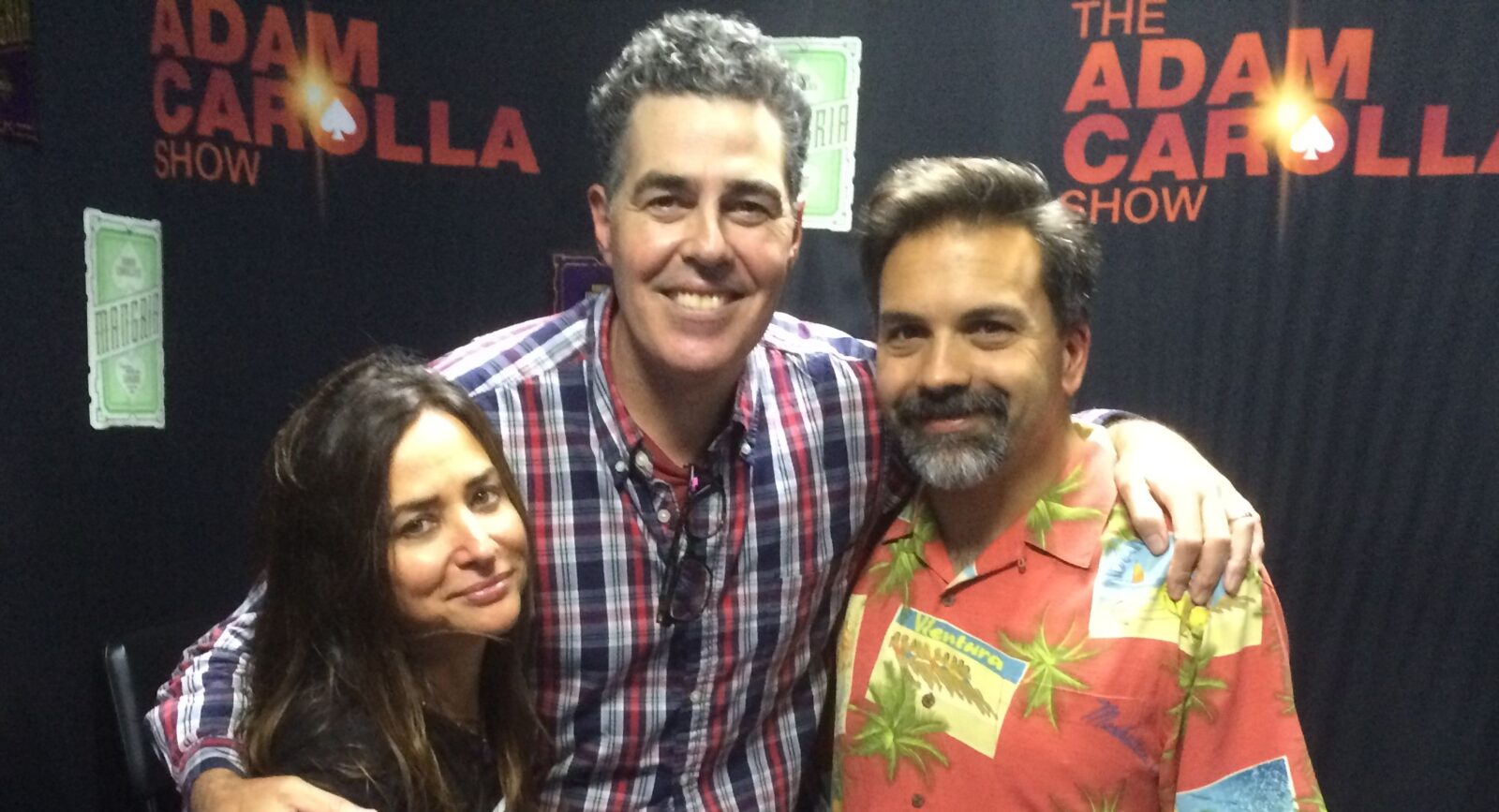 Posted at 29 Aug 2016 in Podcast by Chris Laxamana

At the top of the show, Adam talks about the days when Pam Adlon was cast as Adam’s sitcom wife. He then talks about an airplane dispute that Lynette witnessed, and complains about Sonny’s never ending basketball season, as well as the growing homeless population. Adam also takes a fan phone call about home improvement hacks. Before the break, Matt Atchity hosts a school-themed round of the Rotten Tomatoes Game.

Pamela Adlon joins the studio to play the RT game, and Adam quizzes her on her love life. The guys also share the infamous ‘Danny Thomas story’, as well as a casting mishap during Adam’s sitcom. Later, they talk about ridiculous divorce laws in California, and Pamela discusses her current press tour for ‘Better Things’. Today’s news then opens with a story about the University of Chicago’s view on ‘safe spaces’ and ‘trigger warnings’. They also talk about Colin Kaepernick not standing up for the National Anthem, and cow fart-catching backpacks. As the show wraps up, the guys discuss the North Korean version of Netflix.

And don’t forget to visit http://rottentomatoes.com for all your movie review needs, and follow Matt on Twitter @MAtchity.