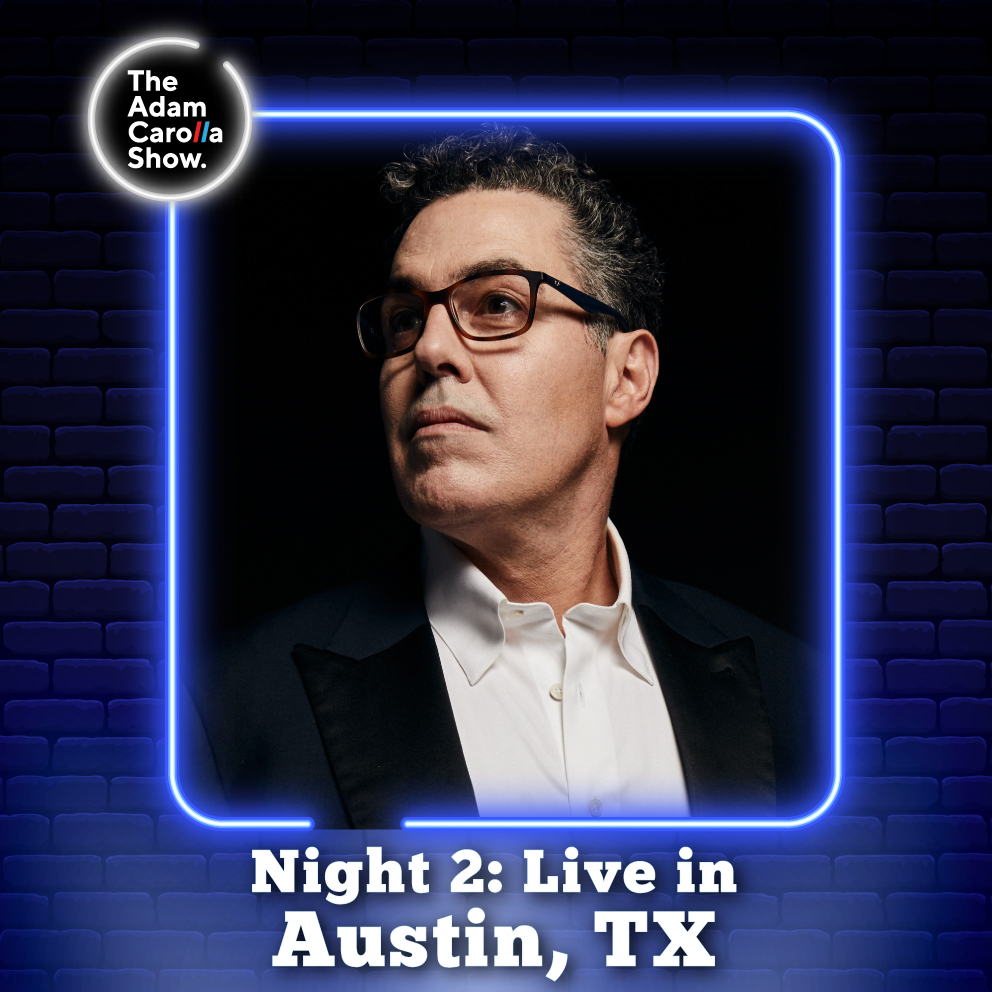 Adam takes the stage live from Cap City Comedy Club in Austin, TX. He recaps his day starting with a tailgate catered by BBQ pitmaster Aaron Franklin. He then talks about attending the Alabama vs Texas game and compliments Texas on its strong community as well as its very attractive women. After sharing some thoughts on hotel gyms, he introduces Gina and Bryan and the three play a spirited round of Blah Blah Blog.  Gina reports news stories about a man pulling a gun after nobody thanked him for holding the door and what nurses call ugly babies. Lastly, Adam takes topics submitted by the audience for a round of Adam Carolla is Unprepared.