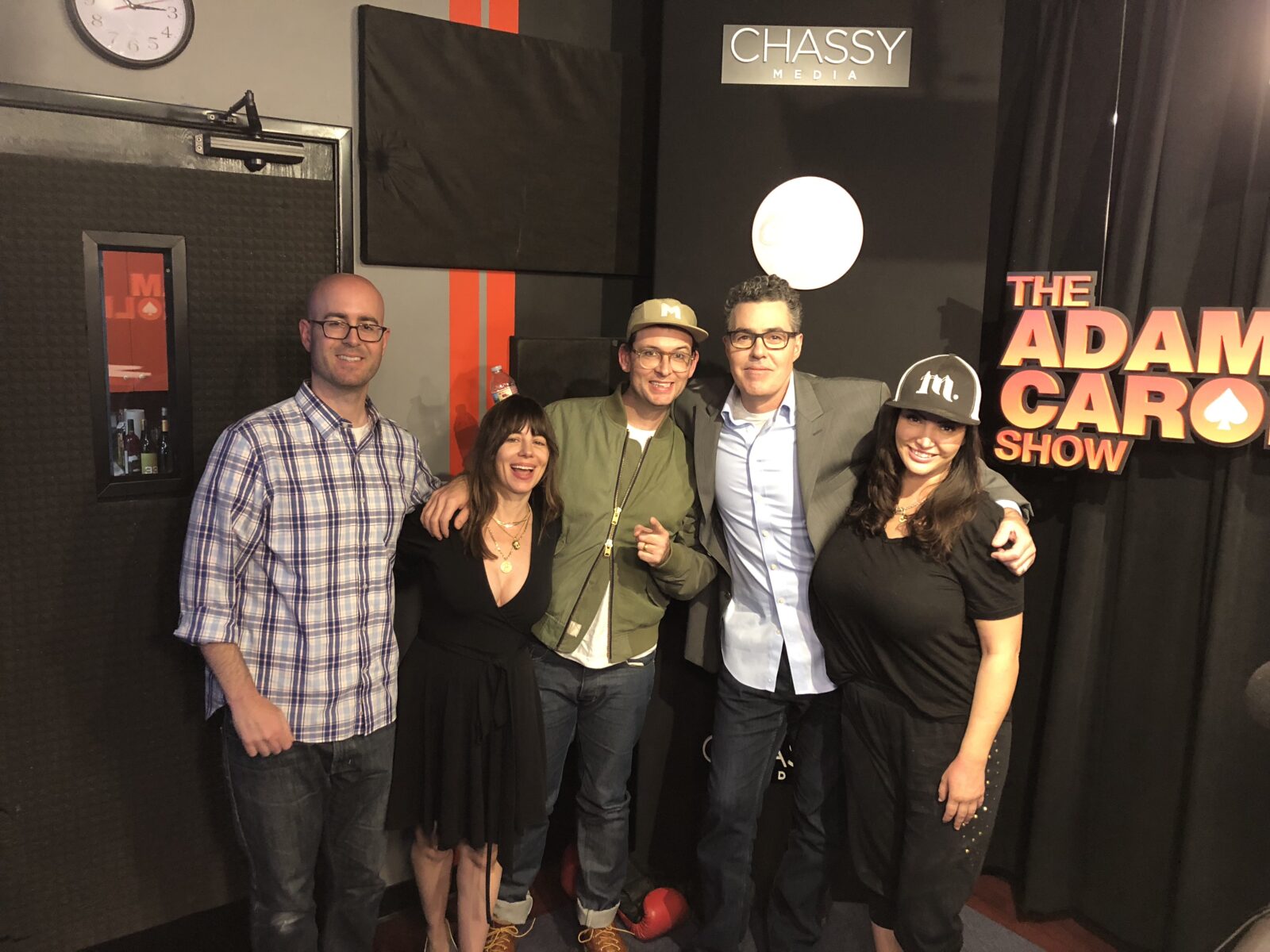 At the top of the show, Adam talks about filming another video for Prager U, and the concept of ‘the language of losers’. He also talks about a meeting he had with his nephew last week about getting to work. The guys then discuss Gary’s wedding from over the weekend, which leads to a conversation about vegetarian meal offerings and strange drinks to order at the bar. Up next, Adam takes a call from Suze Orman to talk about the island lifestyle, how women view money differently then men, and advice for saving and investing. Before Good Sports, Adam talks about how he got in touch with his own money manager.

Natasha Leggero and Moshe Kasher are in studio next, and the guys talk about their new baby. Adam also complains about the toilets behind the studio, which leads to a conversation about drinking and throwing up. Moshe then talks about taking a DJ gig in Mexico, and Gina begins the news with updates on the Trump/Comey war of words. They also talk about people avoiding taxes, Justin Bieber punching a guy at Coachella, and something called the ‘tarantula burger’. Other stories include the death of actor R. Lee Ermey, and the latest blow-up about peanut allergies. As the show wraps up, Natasha makes the mistake of asking Adam about his thoughts on traveling with your dog, and Gina reads one more story about invasive smells at work.

Check out ‘The Honeymoon Standup Special’ out now on Netflix! For more info on today’s guests, visit http://natashaleggero.com and http://moshekasher.com

Also subscribe to ‘Women and Money’ and visit http://suzeorman.com.