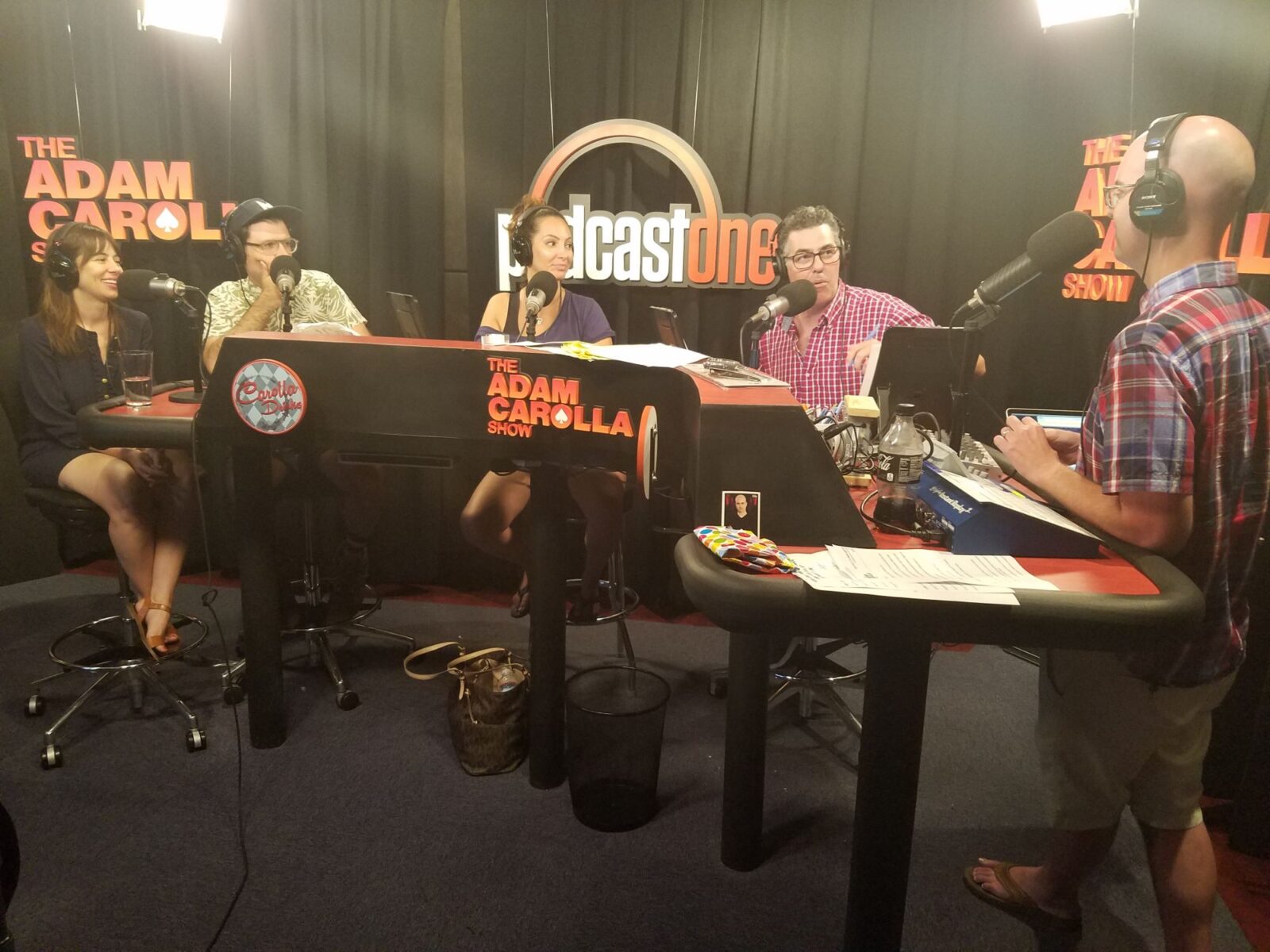 Posted at 09 Jul 2017 in Podcast by Chris Laxamana

As the show opens up, Adam complains about the crazy heat and talks about the insane schedule he had at the end of last week. He also talks about seeing the new Spiderman movie and having to explain his red light rule to the family. Up next, the guys take fan phone calls about the benefits of being a Carolla fan, why certain movie mistakes happen, a hypothetical scenario involving one of the lackeys, and advice on telling your spouse something is bothering you. Before the break, Matt Atchity leads the gang in a heat-themed round of the Rotten Tomatoes Game.

Natasha Leggero and Moshe Kasher are in studio next, and they talk with Adam about their marriage, and their ‘Endless Honeymoon’ standup tour. The guys also chat about their love lives prior to getting together, and discuss people who don’t catch social cues. They also talk about a pool guy who requested a dip in the pool, and how kids have changed. Later, Gina reads news stories about a drug resistant version of gonorrhea, the latest fight on a flight, and a new survey about men wanting their females waxed. As the show wraps up, the guys talk about celebs who don’t have eyebrows.