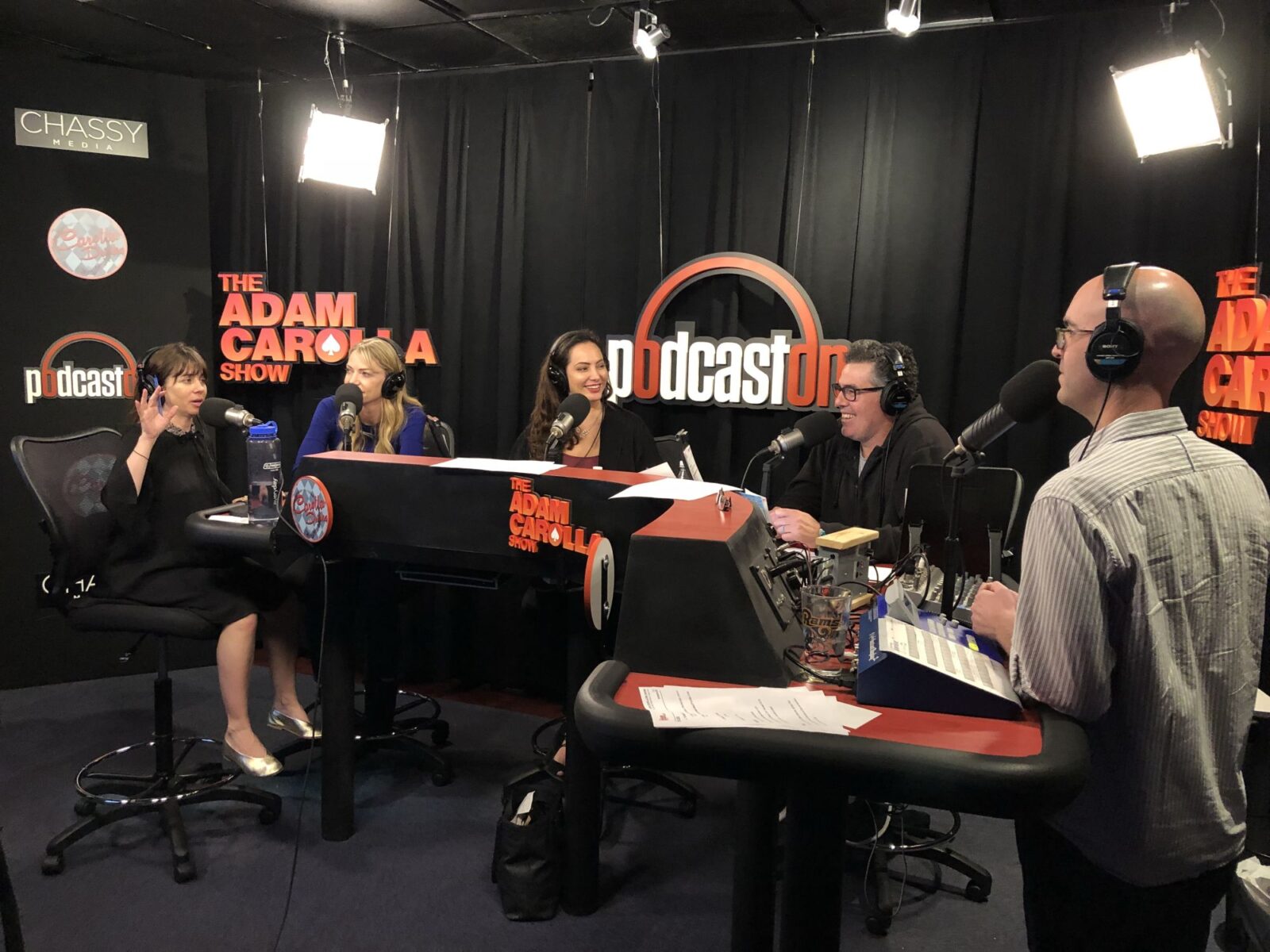 Posted at 16 Jan 2018 in Podcast by Chris Laxamana

At the top of the show, Adam addresses the issue of having guests arrive at the studio too early. He then tells the group a story about shame, weight loss, and Cousin Sal, followed by rants regarding hotel TVs and conference call numbers. After that, enjoy today’s Good Sports!

Natasha Leggero and Riki Lindhome then enter the studio, and Adam asks Natasha about being pregnant. The guys then talk about the perils of raising kids, as well as Natasha and Riki’s TV series, ‘Another Period’. Later they discuss lowering taxes, and Adam’s recent interview with Katie Couric. Gina then begins the news talking about the birth of Kim and Kanye’s third child. They also talk about the new ‘Creed’ film, a false ‘missile alarm’ in Japan, and statistics about kids staying indoors too much. As the show wraps up, Gina reads a story about how dirty your bathroom towels are, and the guys talk about surrogates.

Watch the season premiere of ‘Another Period’, January 23rd at 10:30pm on Comedy Central. For more info on today’s guests, visit http://natashaleggero.com and http://rikilindhome.com