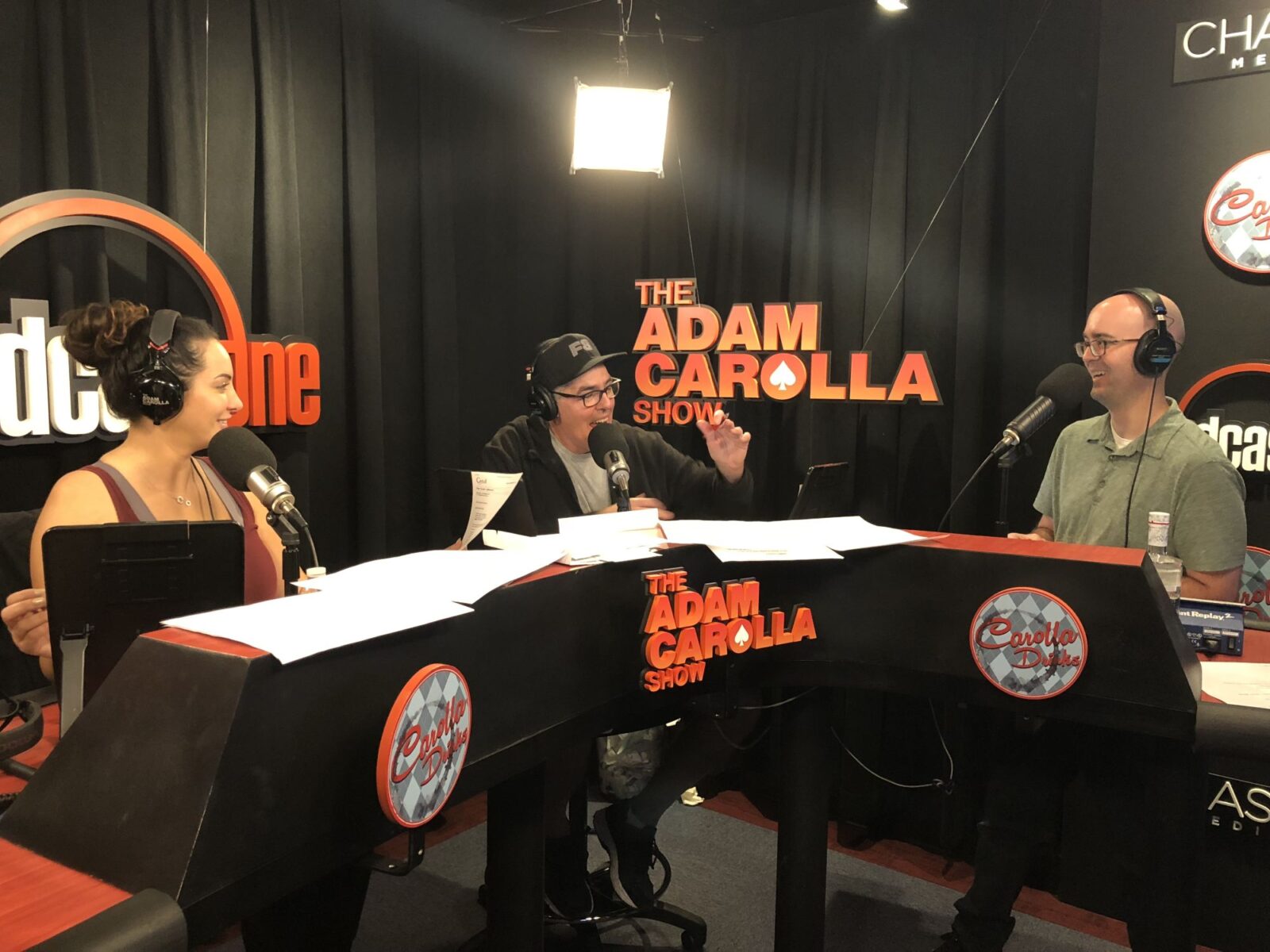 Posted at 10 Dec 2017 in Podcast by Chris Laxamana

At the top of the show, Adam talks about health insurance and playing the lotto. He then talks about going to Seth MacFarlane’s Holiday Party, and having a conversation with Seth’s dad, who he’s never met before. The guys also chat about Seth MacFarlane nearly being killed during the 9/11 Terrorist Attack, Adam’s latest addition to the Tool Tune catalogue, and Gina’s recent concert experience. Later, Adam rants about mandatory tips. Vinnie then shares thoughts on eating during the holidays, and the guys play a round of Totally Topical TiVo Trivia.

Mr. Skin then calls in, and Adam chats him about teenage hormones and how his business got started almost two decades ago. Adam then goes on a jag about Liam Neeson in the film ‘The Grey’. Gina begins the news discussing the sentencing of the physician accused of abusing Olympic gymnasts. They also talk about Steven Tyler opening a house for abused women, and why you should give your kids less gifts this Christmas. As the show wraps up, Adam talks about not being able to find the family’s Christmas tree stand.