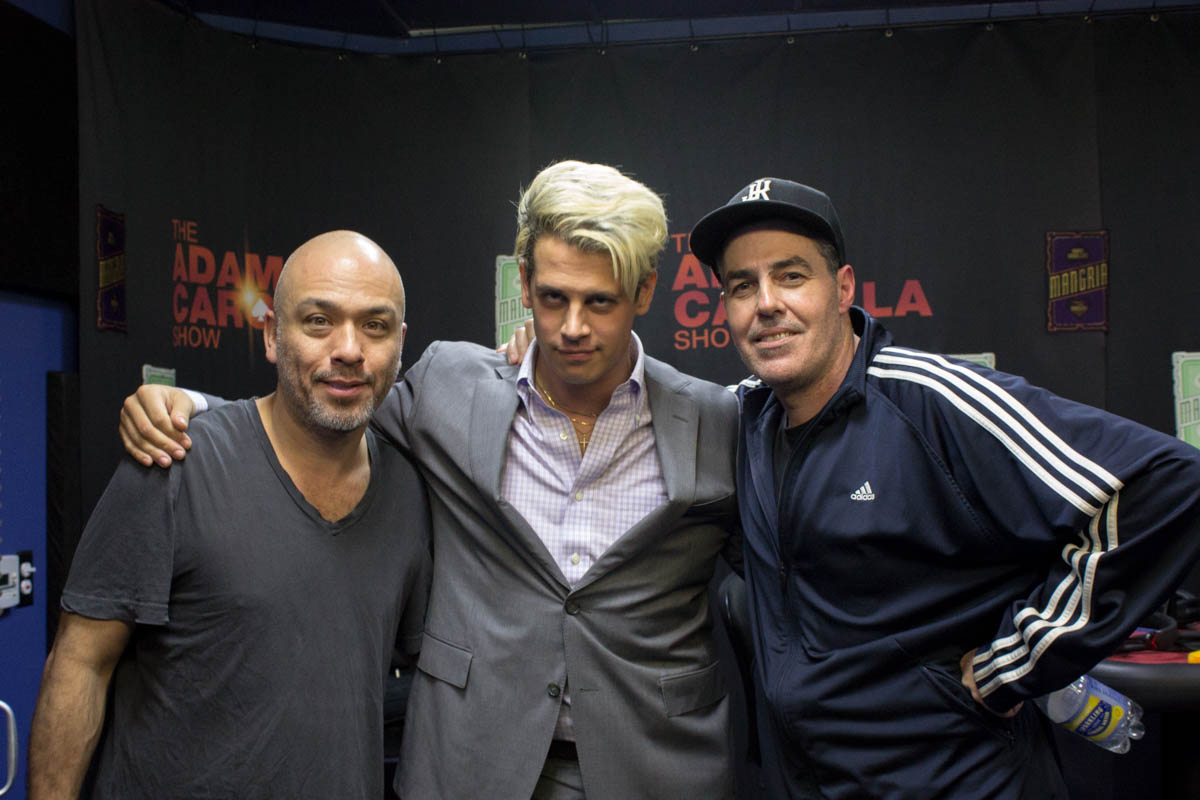 Posted at 21 Mar 2016 in Podcast by Chris Laxamana

Adam opens the show explaining that he took his first shower in 3 months. The guys then talk about Dr. Drew’s distress call, and Adam’s problems with technology. Jo Koy is also in studio, and he helps re-enact a conversation between Laxamana and his family about working for Adam. Adam also talks about driving through a left turn arrow right in front of a cop, and then he takes fan phone calls about being asked out by a co-worker, how to get solid jobs out of working for free, and listening to police officers when you’re pulled over. Before the break, Adam takes one last call about not wasting your time.

Milo Yiannopoulos is in studio next, and he talks about being a controversial figure who wants to speak his mind. They talk about left-right politics, and breaking through political discourse with facts. Later they chat about global warming, feminism, and Adam’s fights with HuffPo. Gina also asks Milo about the protests against him speaking at college campuses, and Milo speaks out against the faculties of the schools he’s been visiting. As the show wraps up, Gina reads a news story about a convicted felon who sang an Adele song to his judge, and Milo talks about how progressives and Muslims are closer in ideology than meets the eye.

Listen to The Milo Yiannopoulos Show, launching this Friday on iTunes. For more info, visit http://yiannopoulos.net and follow him on Twitter @TheMiloShow.

Also make sure to subscribe to The Koy Pond, new episodes every Tuesday and Thursday. You can visit http://jokoy.com for more info, and follow him on Twitter @JoKoy.