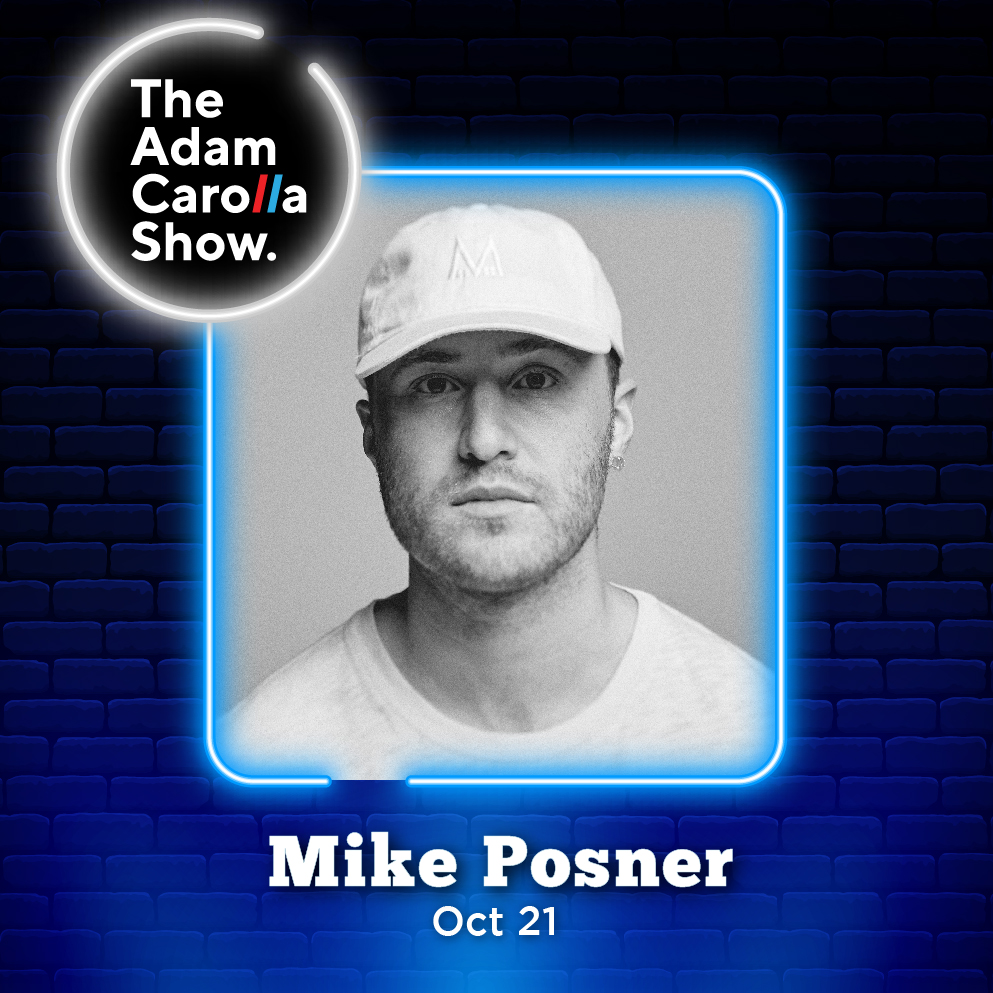 At the top of the show, Adam talks with Bryan and Gina about the walkout currently happening at Netflix over the recent Dave Chappelle special. They go on to talk about In-N-Out getting shut down in San Francisco for failing to meet their vaccine mandates, the list of demands from the Netflix walk out, and why you shouldn’t apologize to the mob. Later, Gina reads news stories about statue removals, finding human remains that might be Brian Laundrie, and a Hooters uniform update. Before the break, Adam recalls his days pitching inappropriate comedy sketches for The Man Show.

Part 2 of today’s show is an inspirational one-on-one conversation between Adam and Mike Posner. Adam asks Mike about the early days of his journey, through getting a record deal from Jay-Z when he was still in college. They also talk about eventually reaching a level of too much comfort, and Mike’s decision to start physically challenging himself by doing things like walking across America. Along the way they discuss how discipline gives you freedom, and Mike’s near-death experience being bit by a rattlesnake. In the last part of the show, the guys talk about the process of quieting your mind from negative voices.

“I’ve invited Dave Chappelle to have transformative dialogue with us…and he has made it clear that it is not of interest to him,” says #NetflixWalkout organizer Ashlee Marie Preston. “This isn’t cancel culture, but an avoidance of accountability.” https://t.co/OsrDv4QD1O pic.twitter.com/RTxo2rHAc9

“Your jokes are promoting hateful and discriminatory behavior and conversation, and that is what hurts us,” says @eurekaohara at the #NetflixWalkout. https://t.co/OsrDv4QD1O pic.twitter.com/5obnHIfFR9