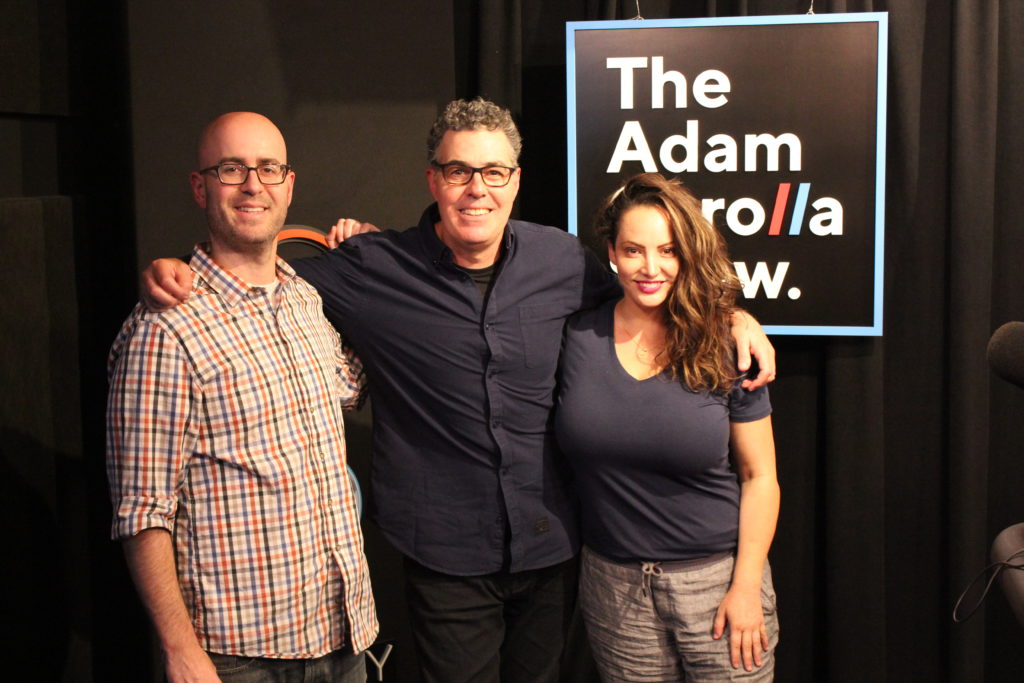 Adam welcomes spirits expert Dan Dunn to the podcast right at the top of the show. Adam gives Dan some background on why the gang is interested in talking tequila, and recalls his days partying in Tijuana. Dan explains the difference between Mezcal and Tequila, and how prohibition changed the alcohol landscape forever. Next up, the gang does a live tequila tasting test, and chats about the rise of Mezcal. Later, Adam rants about Germ Week, the new Cheetos Sandwich, and an uptight woman who didn’t like Adam’s dog, Phil.

Mike Murphy is in studio next, and Adam talks with him about being Republican, and vocally anti-Trump. Adam asks him about his experiences running political campaigns, and what he thinks the Democrats’ strategy is and should be. They also talk about the next round of the Mueller Report, and whether or not President Trump will be impeached. Later, Mike shares his impressions of John McCain, Jeb Bush, and Arnold Schwarzenegger.

Gina begins today’s news talking about Jeffrey Epstein’s apparent suicide attempt. They also discuss the DMV shutting down for a 4-hour training session, a ‘youth treatment ranch’ shutting down in Montana amidst abuse controversy, and a 19-year-old beating Michael Phelps’ world record. Other news stories include India launching its first rocket to the moon, a viral video of a bison attacking tourists, and items from a Madonna auction being undermined. As the show wraps up, the guys react to stories about a major meth bust, which reminds Adam of a TJ Hooker episode he just finished watching.

STOP THE PRESSES! A fantastic new World Record from 19-year old Kristóf Milák of Hungary in the Men’s 200m Fly beating Michael Phelps old mark of 1:51.51, set a decade ago in Rome, with a new time of 1:50.73…Outstanding! #Swimming #FINAGwangju2019 pic.twitter.com/Qr2DiOGDG3