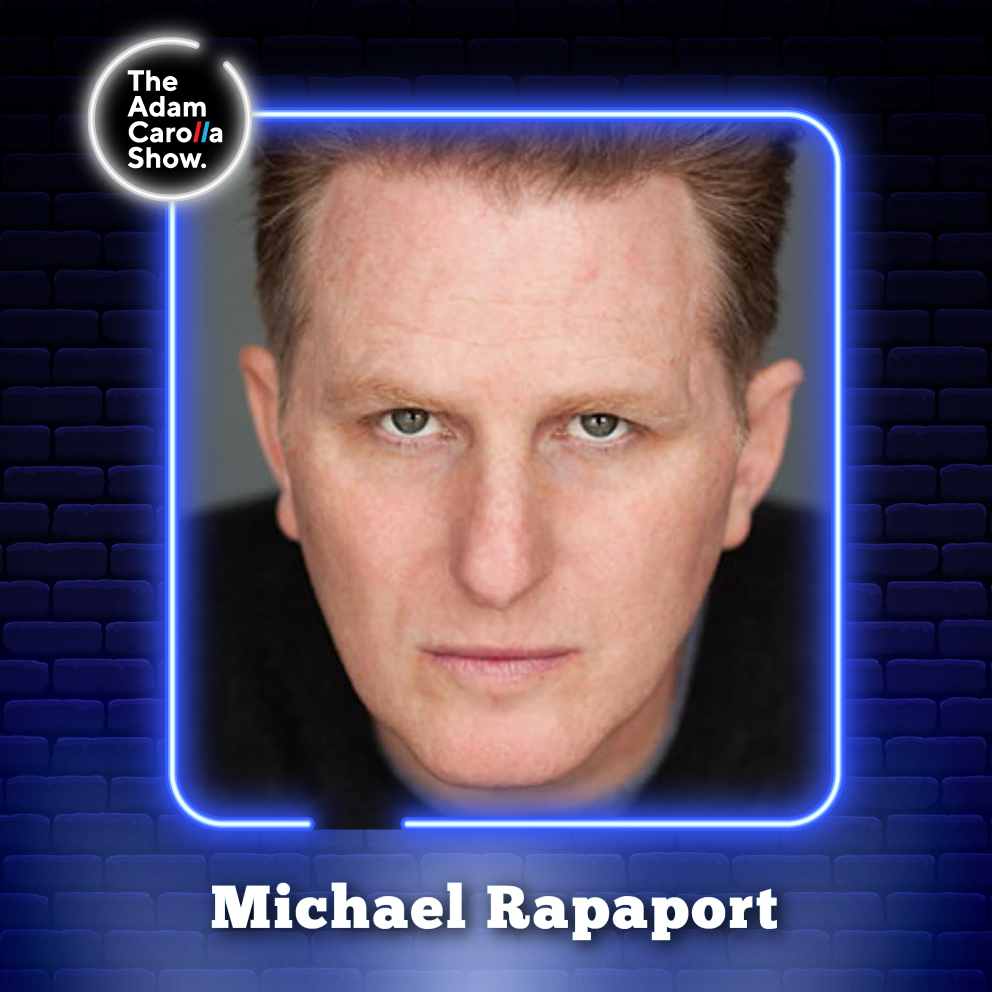 Adam recaps the show he did at the improv with Jay Leno, Jay Mohr, Rob Schneider, Gabriel Iglesias and more. He explains how it was a perfect mashup of vastly different comedy styles and that the audience seemed to embrace it all. At the show, Sarah Silverman showed him a picture on her phone of her and Adam’s son crying when he was a baby. Adam and gang hear the results of a staff poll where they were asked at what point would they make the switch to being with a transwoman. Gina wonders if there is a new term for ‘Indian Burn’ and Adam remembers pantsing a kid and then burning his shorts. The gang plays a round of ‘The Rotten Tomatoes Game’ with a racing theme.

Actor and comedian Michael Rapaport joins the gang to talk about his podcast, ‘I AM RAPAPORT’. Michael tells them all about working with Woody Allen on ‘Small Time Crooks’ and ‘Mighty Aphrodite’, making documentaries, his feud with Kevin Durant, recording a robbery at a Rite Aid, and the violence in New York subways. Gina Grad reports the news to today including: Facebook turning over chat messages in a Nebraska abortion case, Kevin Federline posting videos of Britney Spears yelling at her kids, and the ‘House of Hammer’ trailer detailing allegations of abuse by Armie Hammer.