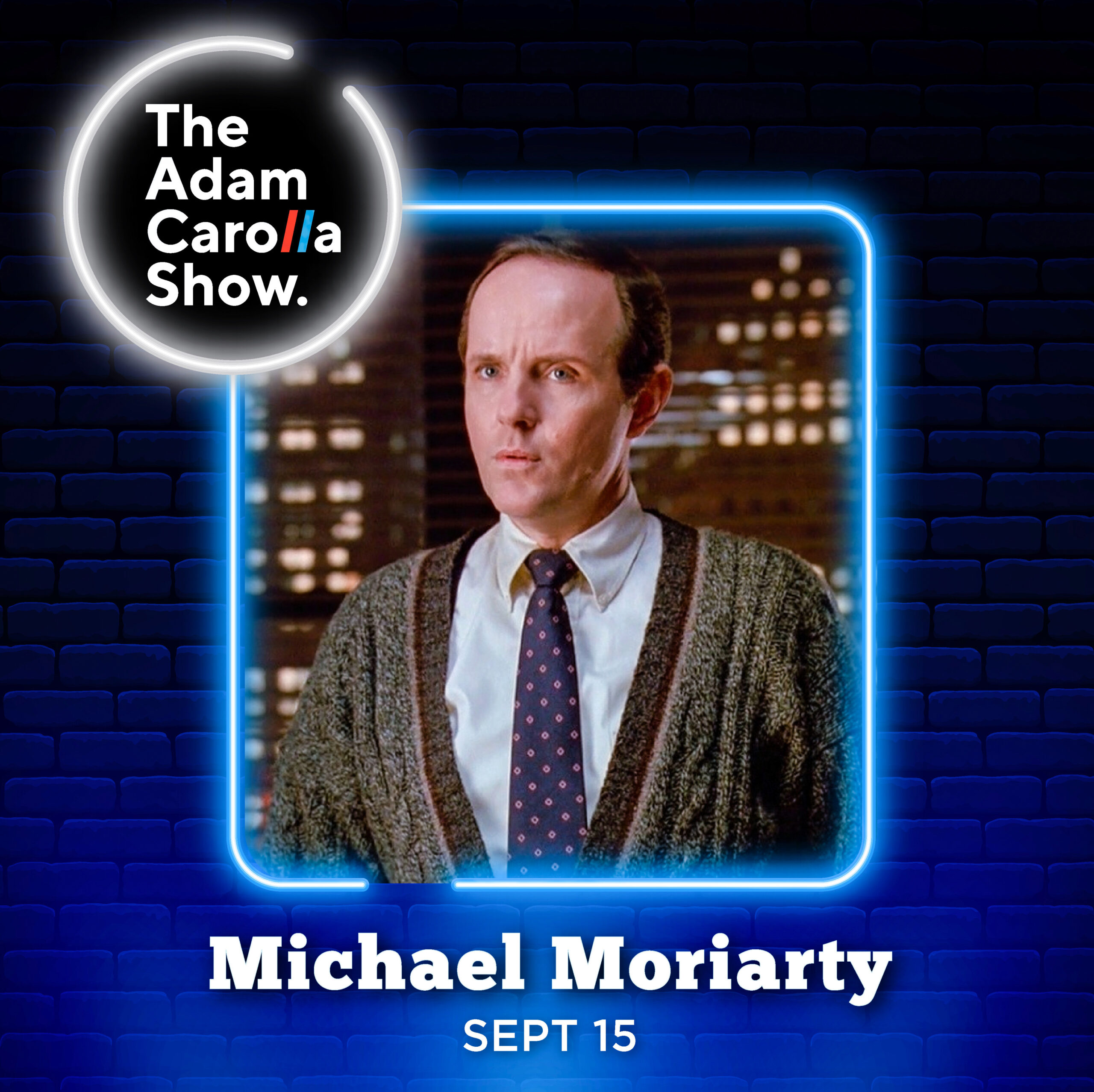 As today’s pod begins, the whole gang is saddened by the passing of comedian Norm MacDonald. They discuss Norm’s private battle with cancer, his amazing career, and a ton of his comic highlights. After a brief recap of the crazy Raiders game, Rob Schneider calls in to pay tribute to Norm and talk about their time together on Saturday Night Live. Later, they address Norm’s gambling addiction, as well as not being fully aware of the sickness he was struggling with. Before the break, the guys listen back on a hilarious conversation between Adam and Norm from the old KLSX radio show.

Adam welcomes Michael Moriarty to the podcast at the top of Part 2. The guys talk about his celebrated career in film, TV, and theater, and go on to discuss his affinity for jazz and classical music. Adam also asks Michael about working with Robert DeNiro, how Michael first became interested in acting, and his time with director Elia Kazan. In the last part of the show, Gina reads news stories about a Lake Tahoe resort getting renamed, a new miniseries about Pamela Anderson and Tommy Lee, Britney Spears’ engagement, Nicki Minaj’s strange tweet about her cousin, the ‘Oldest Single Malt Scotch’ going to auction, and a mother reunited with her kidnapped daughter.

.@JoyAnnReid responds to @NICKIMINAJ‘s tweets on the #COVID19 vaccine: “For you to use your platform to encourage our community to not protect themselves and save their lives… As a fan, I am so sad that you did that.” #TheReidOut #reiders pic.twitter.com/nmr85LSmug