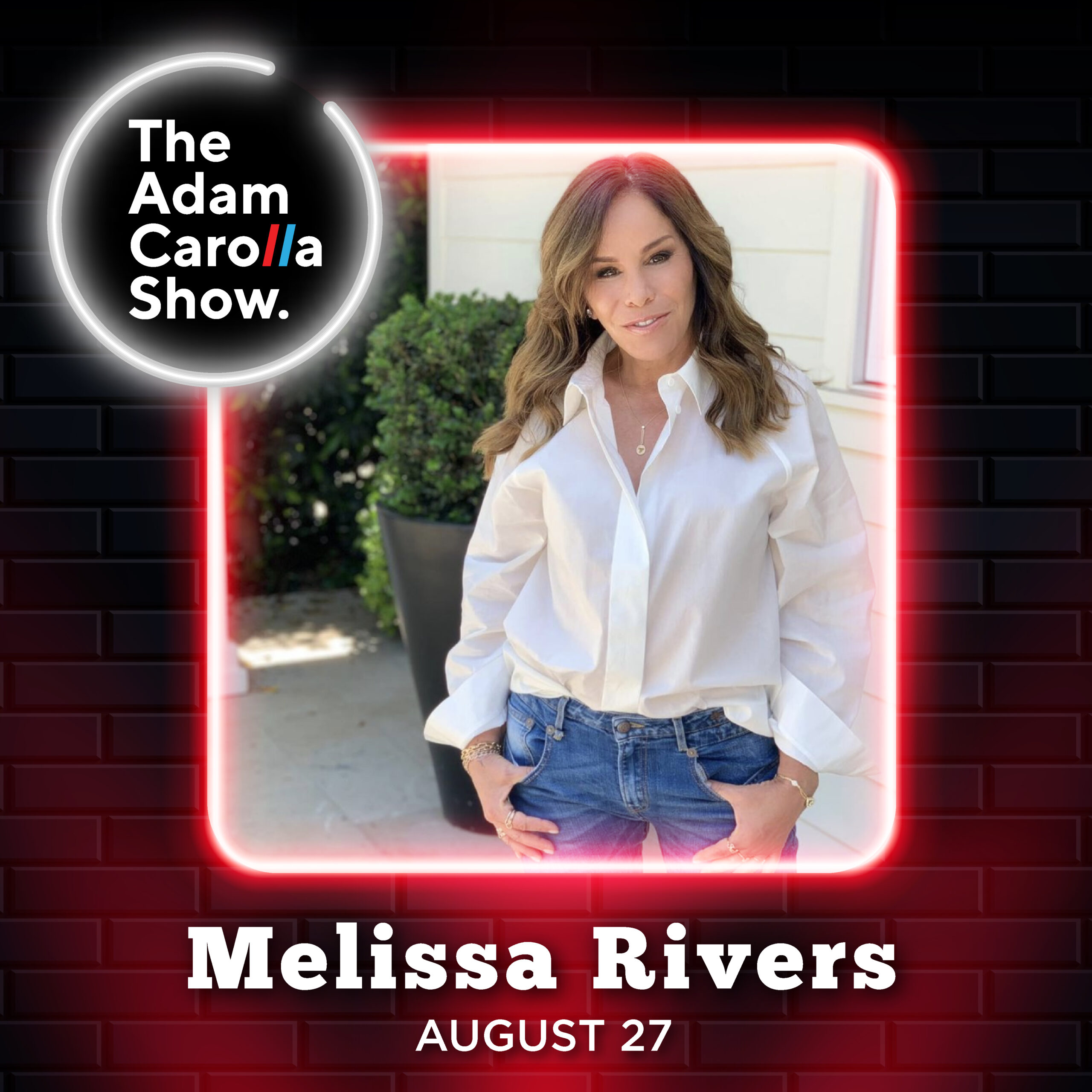 The guys open the show talking about dogs, cats, and music where the lyrics don’t match the tone. Adam then gives an update on Larry Elder’s campaign to replace Gavin Newsom, and the changing of the guard from ‘dude think’ to ‘chick think’. Before the break, the guys play a round of ‘Is It Problematic?’

Melissa Rivers is in studio at the top of Part 2, and the guys talk about approaching the 7th anniversary of the passing of her mother, Joan. They go on to discuss how Joan would have reacted in this era of cancel culture, and some of the items and ideas she left behind. Adam also asks Melissa what it was like growing up with a celebrity parent, and some of the other legendary acts her mom used to open for. Later they chat about Barry Manilow, the death of Melissa’s father as a teenager, and what Joan did when she discovered her elderly boyfriend was cheating on her. In the last part of the show, Gina reads news stories about Ron Jeremy, Josh Duggar, the Nirvana naked baby, and when to brush your teeth.