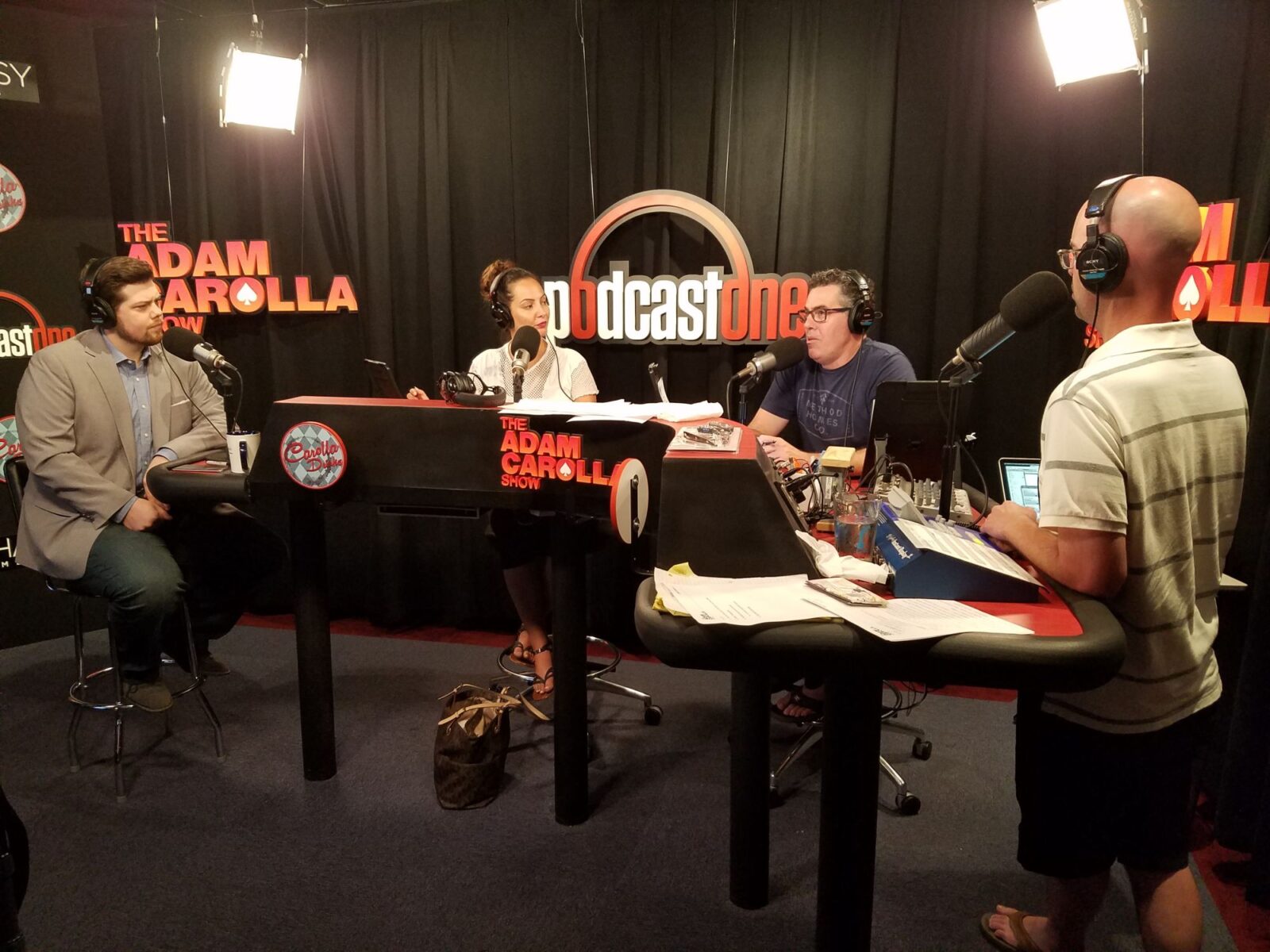 Posted at 12 Jul 2017 in Podcast by Chris Laxamana

As the show opens up, Adam relives this year’s annual dinner experience where everyone tries to run up James ‘Babydoll’ Dixon’s credit card bill. Dave Dameshek also offers more nominees for this year’s Fruit of the Year, and the guys chat about hanging with Cousin Sal. Mike August also chimes in to offer more details about last night’s extravaganza, as well as Babydoll’s crazy diet. Adam and Shek then get into a argument about ketchup on a hot dog, and Adam takes fan phone calls about the LA Riots, and how Olga will keep her job after the kids grow up. Before the break, the guys debate the best movie scores of all time, and Adam takes more phone calls about his high school graduation, and his favorite one-hit wonders of the 80s.

Documentarian Matt Schrader is in studio next, and the guy’s talk about his new film, ‘Score’. Matt chats about his experiences doing investigative producing for televised news, and how that led to making his first documentary. Adam also asks Matt about how he approached different composers to interview, and the guys then discuss great scores in bad movies. In the last part of the show, Gina reads news stories about Trump Jr.’s meeting with the Russians, Shia LaBeouf’s latest run-in with the law, and a human chain that saved a family from drowning. As the show wraps up, the guys discuss the gigantic iceberg that broke from Antarctica, the new Clint Eastwood movie starring real life heroes, and statistics about marrying for money.

Sen. McCain: “There will be many more shoes that will drop.” https://t.co/jkXlPkRXKE