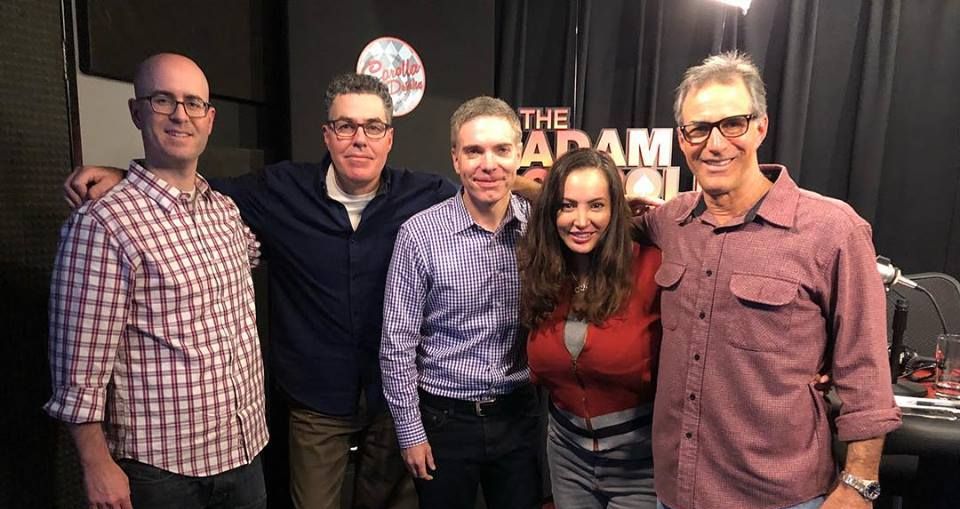 Posted at 12 Feb 2018 in Podcast by Chris Laxamana

At the top of the show, Adam talks about walking Phil in his neighborhood, and constantly being offered water for the dog. Adam also rants about the way our society demonizes people who have money and success, and tells more stories from the road about parking at LAX, getting a flat on the way home, and changing tires with Mike August. Adam then asks Vinnie for his thoughts on fasting, and the guys take a success story call from a fan.

Matt Lewis is in studio next, and Adam asks him about our political climate and the pros and cons of seeing things politically that haven’t happened before. They talk about the evolution of the Republican Party, rewarding bad behavior, and what he thinks will happen during President Trump’s presidency. Later, Adam looks back on an era of assassinations and corruption, and the guys wonder what will happen depending on whether or not Trump wins a re-election. As the show wraps up, the gang discusses why hearing diverse points of view is important.