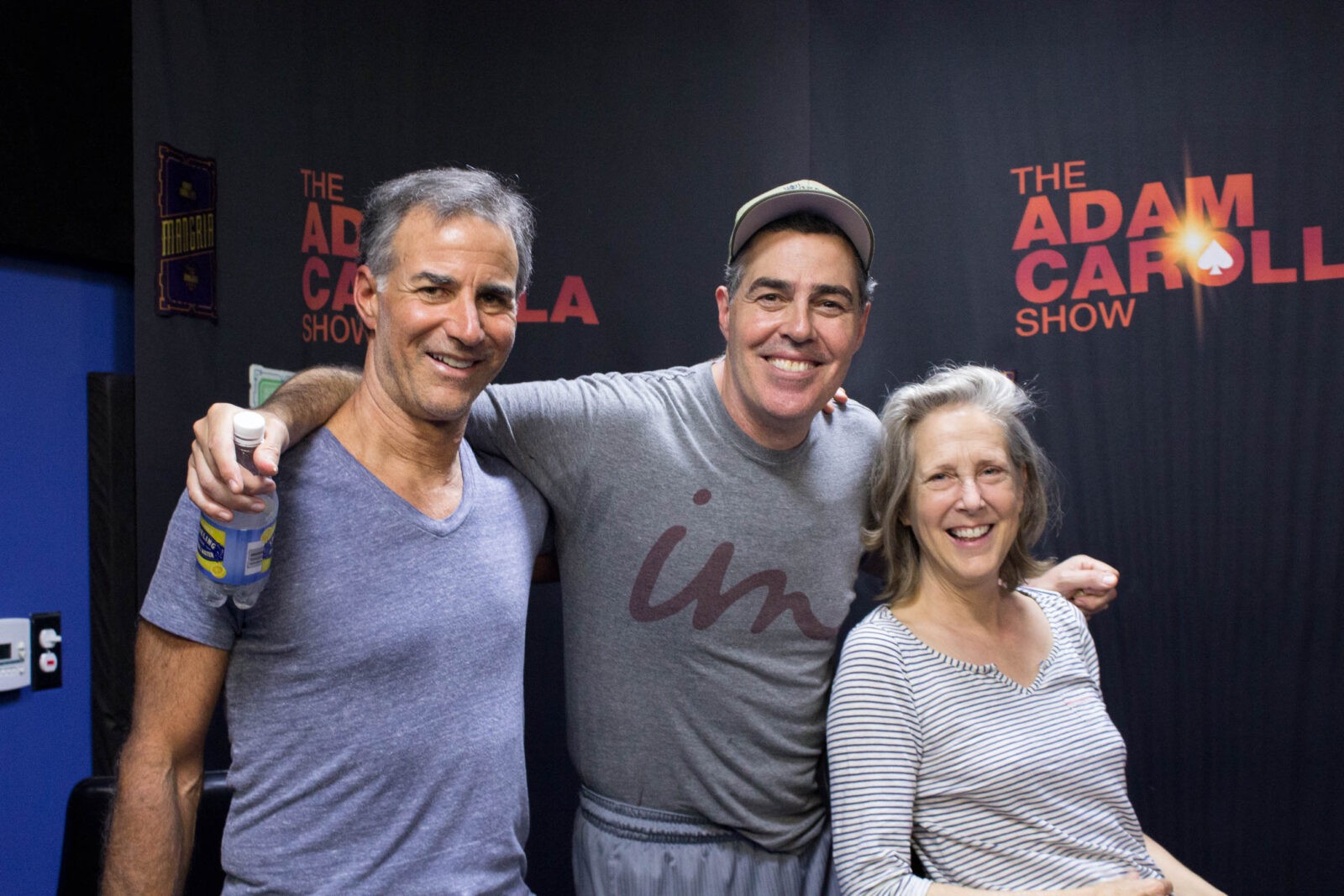 Posted at 13 Jul 2016 in Podcast by Chris Laxamana

Adam opens the show talking about David Wild’s new show, ‘Greatest Hits’. Vinnie Tortorich is also in studio, and Adam recalls some hilarious conversations had in Europe with Mike August. Even though Matt Atchity is not in studio, the guys have been dying to play the Rotten Tomatoes Game, so Dawson handles the proceedings. Adam then chats with Vinnie about a new study on pasta, and the guys listen to part of Mary Roach’s audiobook. Before the break, Adam takes fan phone calls about Hillary’s ‘I’m With Her’ slogan, and the payment of cops vs. firemen.

Mary Roach is in studio next, and Adam chats with her about her journey to authoring many incredible books. They also discuss her latest book, ‘Grunt’, about the science of humans at war. Mary talks about some of the interesting facts she learned along the way, including using animals in warfare, and the truth about guillotines. Later, Gina begins the news talking about the latest problems with Pokemon Go. They also talk about Charlie Sheen’s IRS problems, Jennifer Anniston hitting back at the media, and the upcoming Tom Hanks film about hero pilot Capt. Sully. As the show wraps up, the guys talk about Lamar Odom being escorted off of a plane after getting horrendously drunk and vomiting everywhere, and the first gay reality dating show.