Posted at 06 Feb 2019 in Podcast by GoDaddy Managed WordPress 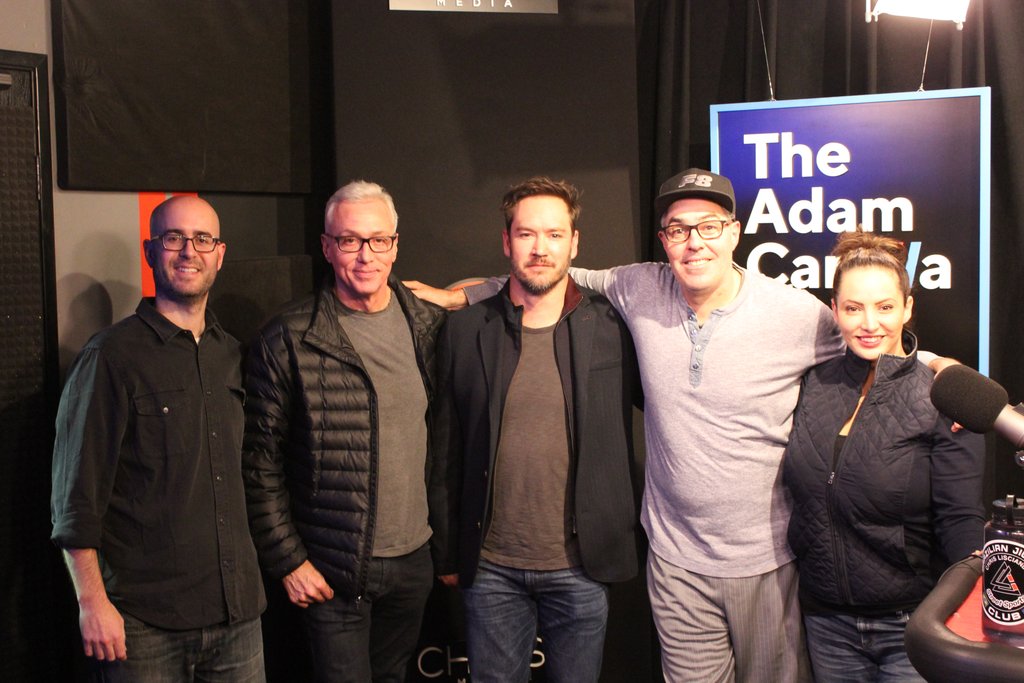 Adam opens the show fired up that Pete Davidson is now dating Kate Beckinsale. The guys then discuss a scene from a Paul Newman movie involving a seatbelt buckle sensor, and Adam talks about the hollowness of public figures apologizing. They also take a fan phone call about letting your 9-year-old watch RuPaul’s Drag Race, which leads to a conversation about people loving themselves too much, and everyone calling everyone else a racist. Up next, Jordan Harbinger calls in to discuss dealing with haters for this week’s ‘Harbinger of Success’. Before the break, the guys listen to another clip from ‘Adam Carolla is Unprepared’.

Mark-Paul Gosselaar is in studio next, and Adam talks with him about a shoulder surgery he is still in the process of recovering from. They also chat about his shooting his series, ‘The Passage’, in Atlanta, their shared passion for racing, and growing up in the same parts of Los Angeles. Gina then begins the news with an update on the nurse who allegedly impregnated a woman in a coma. They also talk about a proposed anti-smoking measure in Hawaii, and a planned reboot of Party of Five. As the show wraps up, Dr. Drew pops in studio to address Paul’s shoulder surgery, the typhus epidemic, and a growing outbreak of measles.

Watch new episodes of ‘The Passage’, Mondays at 9pm on Fox. You can also follow him on Twitter @MPG.

Also make sure you subscribe to ‘The Jordan Harbinger Show’ and ‘The Adam and Dr. Drew Show’.