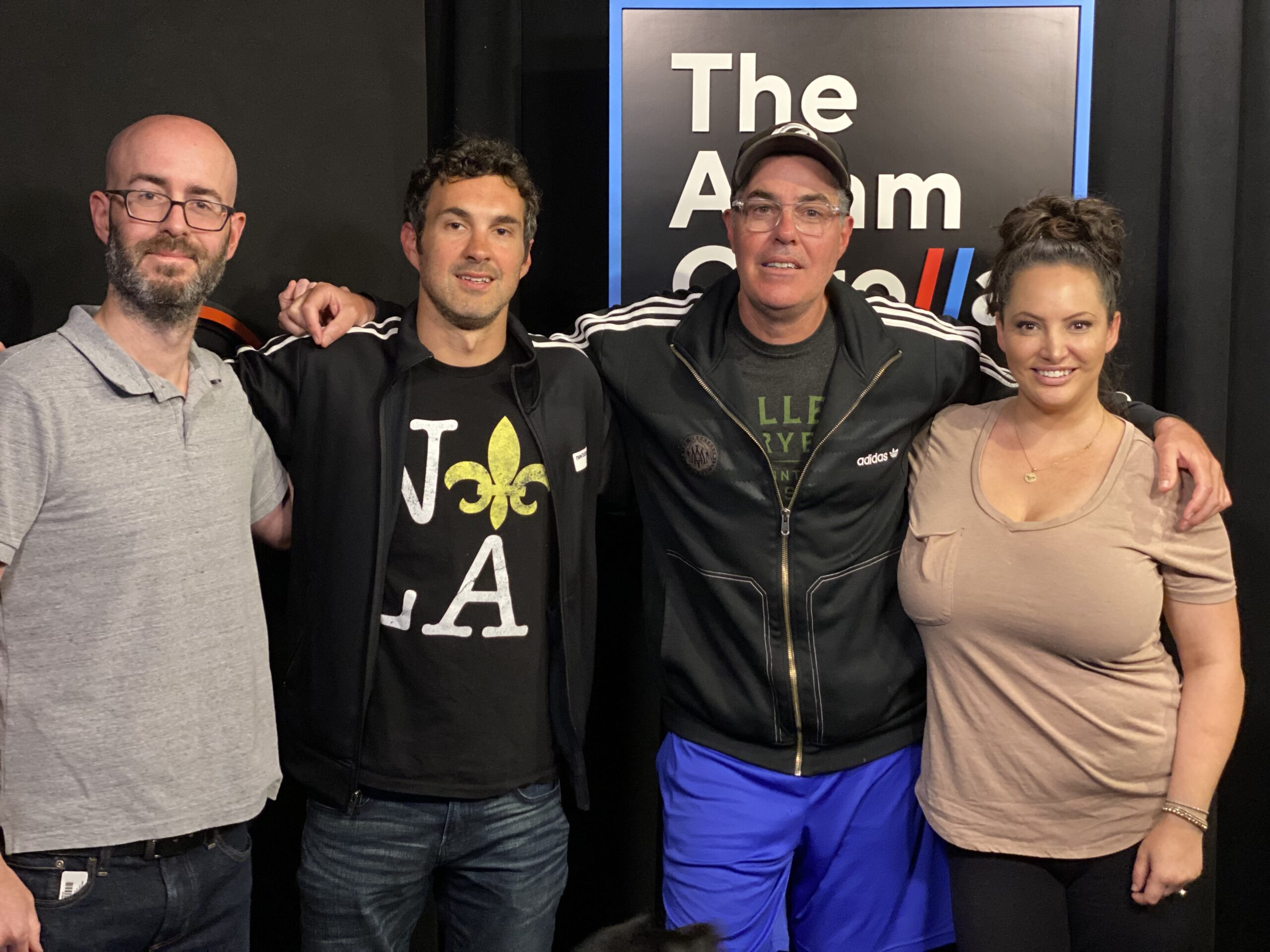 At the top of the show, the guys listen to the track ‘Crazy On You’, and go through some of the Oscar jokes that Adam had pitched the first time Jimmy Kimmel hosted. The guys also talk about how competition and innovation are so important to the marketplace, and they go on to talk about cancer-sniffing dogs. Later they take fan phone calls about having to put your pet down, passing a flight test, and the new era of tipping. Before the break, Adam talks about an awkward moment at Ozzie’s funeral.

Adam welcomes comedian Mark Normand to the show, and the guys talk about the decline in quality comedy and TV, and the idea of owning your own content online. Mark also talks about the weirdness of growing up in New Orleans, and how offended everyone in our society has become. Gina then begins the news talking about recalling Gavin Newsom. They also talk about updates on the Michael Jackson estate, a private school against people getting the vaccine, and genetically modified mosquitoes being released in the Florida Keys. As the show wraps up, the guys discuss a rental car shortage in Hawaii, this year’s Razzies, and a new documentary about Janet Jackson’s infamous ‘Wardrobe Malfunction’