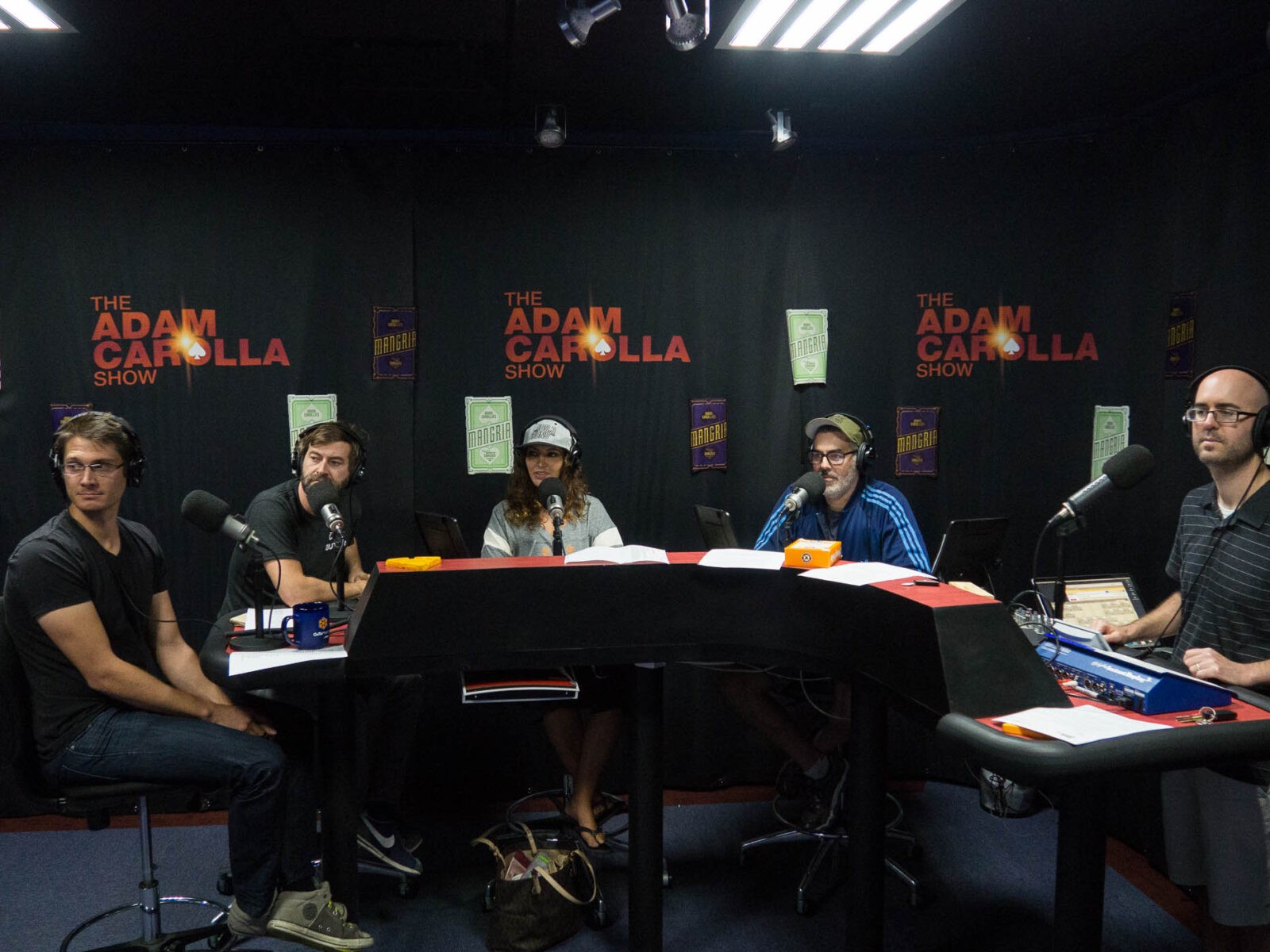 Posted at 13 Oct 2016 in Podcast by Chris Laxamana

Adam opens the show complaining about employees going out of town to be with their girlfriends, and people who chew up pens. He also talks about Philly’s habit of pawing Adam’s head to wake him up, and takes fan phone calls about what he’d pay a million bucks for to eliminate in his life, his thoughts on punt returners, and TV problems aboard Jet Blue.

Mark Duplass and Alex Lehmann are in studio next, and Adam talks with them about their latest documentary about a comedy troupe with Asperger’s. Mark and Alex also discuss their film ‘Blue Jay’, and share the history of their collaborations. Later, the guys take phone call suggestions for a round of ‘Made Up Movie’. Gina then reads news stories about Corey Feldman’s encore performance, the Wells Fargo banking scandal, and Bob Dylan winning a Nobel prize for literature. As the show wraps up, the guys talk about Ronda Rousey’s return to the spotlight.