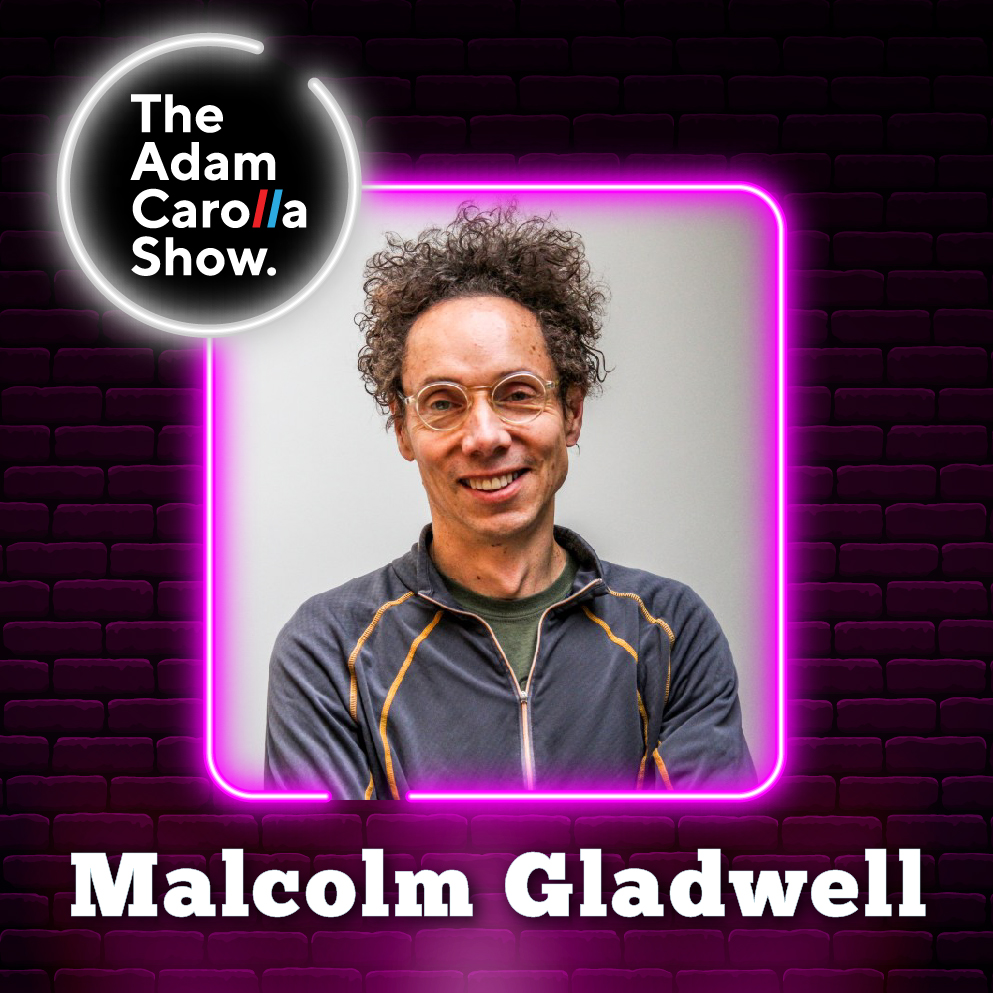 Comedian Eleanor Kerrigan joins the show and talks to Adam about growing up in Philadelphia and starting out as a waitress at The Comedy Store. Adam plays a clip of Adele being interviewed by Oprah about her weight. After that, Eleanor talks about being engaged to Andrew Dice Clay and being a female wrestler. Adam then shares a clip of Jim Acosta on CNN. Next, Dawson reports on today’s news including: the protests following the Rittenhouse verdict, criminals loot a Louis Vuitton store, and an armored car that spilled cash all over the freeway in San Diego.

Adam is pleased to welcome author and journalist Malcolm Gladwell for a one-on-one interview in Part 2 of today’s show. They begin by comparing their similar hair styles, and go on to discuss Malcolm’s new audiobook, ‘Miracle and Wonder’. Adam then tells Malcolm about never learning how to read, and the guys go on to talk about how that perfectly prepared Adam for radio. Later they discuss people getting confused that Malcolm worked on ‘Freakonomics’, what motivates criminals, and the differences between rock stars Paul Simon and Sting. In the last part of the show, Adam talks with Malcolm about career longevity.

Get your copy of ‘Miracle and Wonder’, available on Amazon. You can also subscribe to Malcolm’s podcast, ‘Revisionist History’, and get more info at http://gladwell.com

It was raining money on the San Diego freeway! @DemiBagby was there as cash scattered across I-5 in Carlsbad and shared this video. pic.twitter.com/jKQ5NYAhET