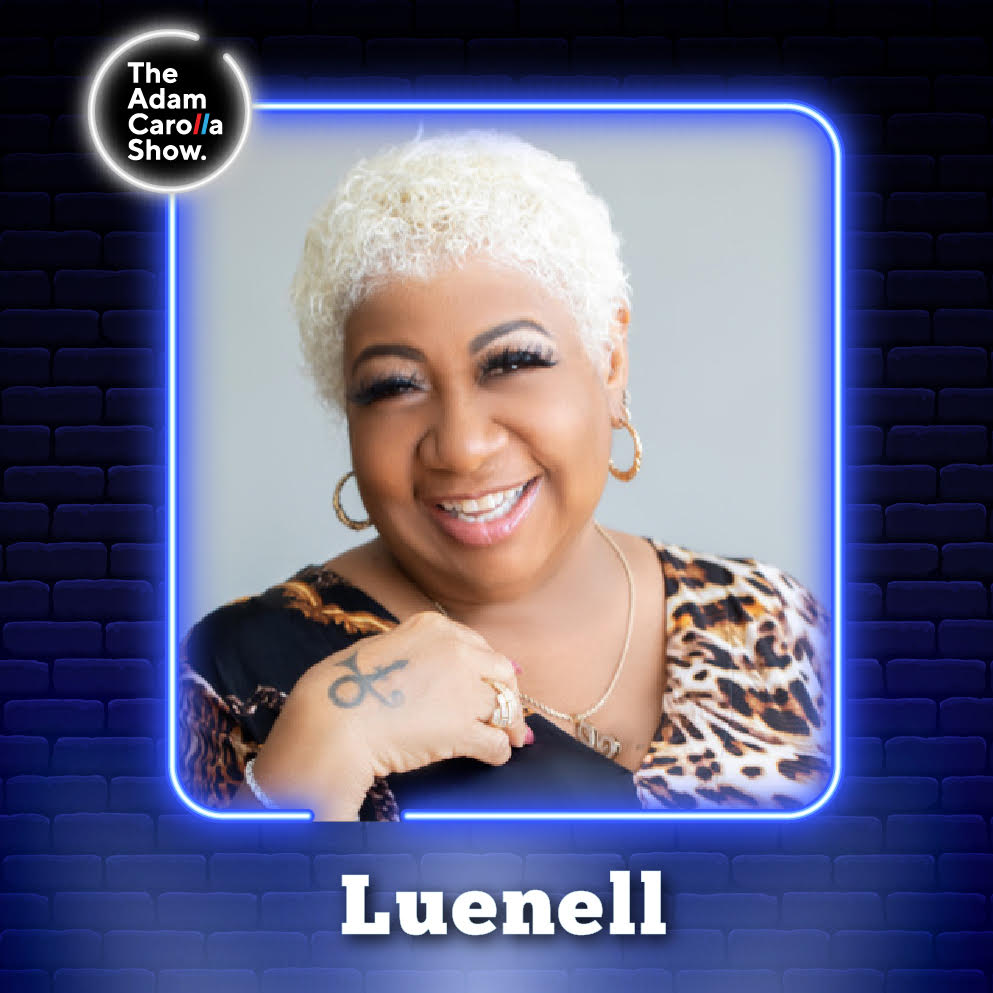 Adam talks about how Eric Stromer’s new haircut makes him look like Ricky Nelson, and the gang reviews some terrible performances by Beatles’ spouses. Mike August calls in to give his side of the missed Indianapolis flight story and Dawson talks about being in heaven on his cruise. The hysterical comedian, Luenell, comes in the studio to talk about touring with Katt Williams and how she ended up playing the infamous prostitute in ‘Borat’.

Luenell talks about a deleted scene we never saw in ‘Borat’ where she and Sacha Baron Cohen parodied ‘Baywatch’. Adam and Luenell swap stories about getting their starts in stand-up and their experiences performing in ‘Netflix is a Joke’. Gina reports on today’s news including: Mario Batali being cleared of all charges, a guy landing a plane when his pilot fell ill, James Cromwell supergluing his hand to a Starbucks counter, a Dolly Parton Mexican Pizza musical, and the leaked nudes of Jesse Williams.

Check out Luenell’s stand up live at 3E’s Comedy Club on May 20th & 21st in Colorado Springs and at The Comedy Zone in Charlotte, May 27th through May 29th.