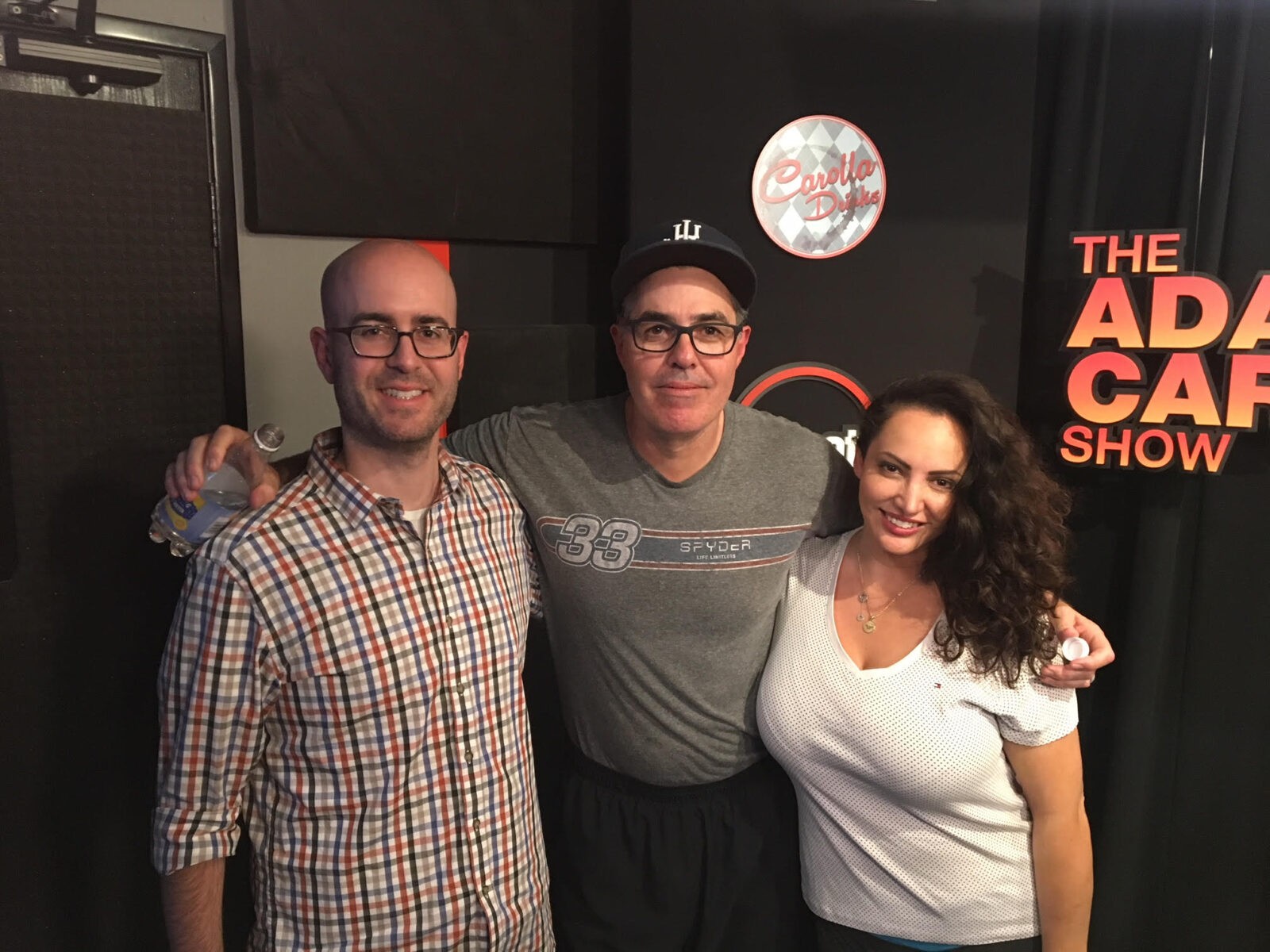 Posted at 08 May 2018 in Podcast by Chris Laxamana

The show opens with Adam explaining that the planned guests for today had to postpone due to a death in the family. He then complains about people not doing what the bossman asks, and takes a call about when to have a second kid. Adam also talks about construction around the house, his dog Phil, and his immense hatred for homework. Adam then goes back to the phones for a radio zoo reenactment, and later he shows a video of John Morton’s car slipping on oil at 120mph. Other calls include things to do in Hawaii, breaking into Hollywood as a screenwriter, making extra money when you make six figures, and whether or not Adam can play guitar. Before Good Sports, Gina talks about the time she considered working for an escort service.

In the second half of the show, the guys listen to a classic Loveline clip of Adam and Drew rocking out with John Popper. Adam then talks about the meteoric rise of his buddy Kevin Hench, maintaining a living between gigs, and the importance of working over the weekend. Later, Gina starts the news talking about trying to cast Mike Tyson in a new boxing film co-starring Bruce Willis. They also discuss a luxury car rental business offering rides for guns, a Corvette from Super Bowl I going up for auction, and the hypocritical antics of Eric Schneiderman. As the show wraps up, Gina reads a couple more news stories about Johnny Depp, and a man who’s now eaten 30,000 Big Macs.